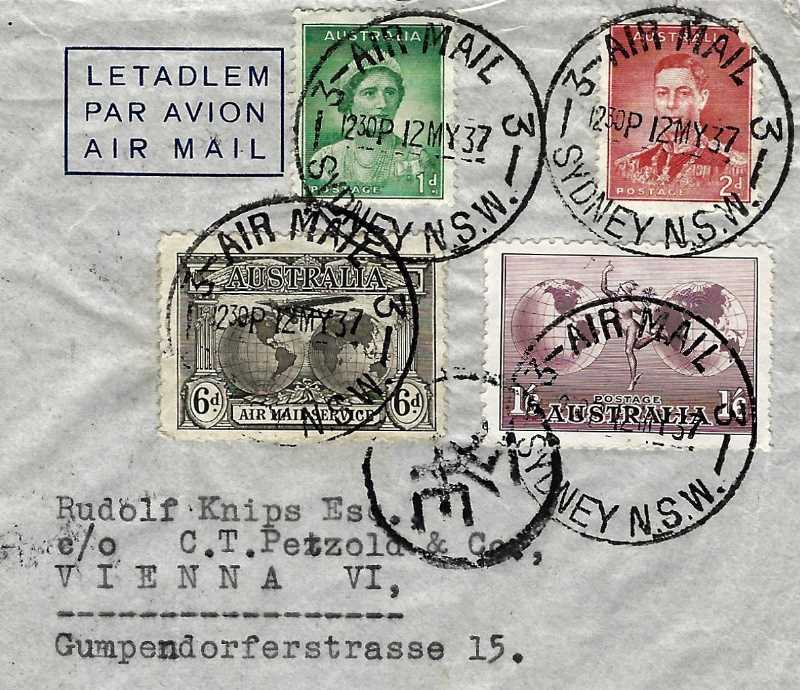 Decided to share an early airmail from my collection. It’s a little ratty around the edges, but I love this ’37 Australian airmail cover.

Nice bunch of cancels on this Australian airmail cover

The Scotts C3/SG 139 6p Air Mail Service stamp was issued on Nov. 4 1931 and the Scotts C4/ SG 153 1sh6p Mercury and the Hemispheres was issued  Dec. 1 1934. Nice to have them on one cover especially having them tied together with such clear cancels.

I’m not sure what the bottom left cancel is. It’s an interesting pattern and unclear what it represents. I’ve scrolled through some Australian cancels, but couldn’t find it. Can’t quite figure out what it is.

The cover has some good back cancels as well. 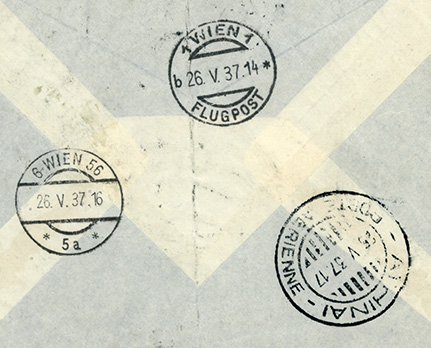 So the flight left Sydney, NSW Australia May 12 1937, landed in Athens, Greece May 25 1937 and finally, Vienna, Austria May 26 1937. A fast trip!  We have Airmail, Poste Aerienne and Flugpost markings on one cover.  Even after 20 years, I still feel tickled over this find. 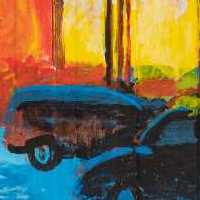 More Toronto wall art – bright city lights
I've been digging through older photos of wall art, looking…
← Canada Post’s gardenia stamps
We use cookies to ensure that we give you the best experience on our website. If you continue to use this site we will assume that you are happy with it.OkNoRead more