October 06, 2020
I’m now past 60 years old. I always feel like I should start these posts with “Dear Diary, You’ll never guess what”.  Anyway. With my birthday firmly in the rear view mirror, I have a confession to make. I’m surprisingly content. Been a horrible couple of years, with stress beyond belief and I’m still grieving hard for mom. I miss her every day. I have the odd cry when I lean over to tell her something funny and she’s not there to laugh with me.

But over the past few months, a sense of peace has caught up with me. I realise saying this in 2020 is a certifiable act, but I’ve hit a sense of equilibrium. The years have been a frenzy of hospital stays, doctor appointments, helping mom with her exercises, making sure she ate properly etc. Anyone who’s taken care of an aging parent gets it, without further explanation. Now, I have time to .. do nothing. Sit on the balcony and just watch the sun set or prop my feet up, with a glass of wine one hand and a trashy novel in the other. All knowing I no longer worry whether mom is okay.

Don’t misunderstand. I would give anything to have her back. I miss her so much, it actually physically hurts at times. But that isn’t what reality allows. Mom had fun. We had fun. Together. We muddled along through her illnesses and had a lot of laughs along the way. Now it’s just me. Me and the million thoughts that run through my brain all the time.

Mom had things left unsaid. She wanted to share her thoughts with you and she was cheated out of that chance. I’ve been reflecting on that a lot over the past week. It seemed so unfair. But, as mom would say, no one promised fairness in life. She was very much a working class philosopher, in her own way.

I was lucky. I had to chance to listen to her and understand her life and struggles. So, I’m going to share my thoughts on what mom told me over the years, especially the last 4 years. Much of it will be seen through my personal lens. I’m not as kind hearted as mom so much of what I say may be a little more cynical than mom would have been. Mom had a soft heart.

Well, except when it came to Trump. Whoa! Talk about swear like a sailor. My mom, at 83, would rail against her contemporaries for being blind and selfish fools for supporting his style of politics. She was more concerned with the younger generations and what kind of world they will have, than she was herself. If she could have, Mom would have put on a pair of steel toed boots and kicked a lot of asses.

She was peculiar. And funny. And fierce. Life dealt her a pretty crappy hand. But she was able to be something I’ve never managed. Despite it all, she remained a contrarian optimist. I know, sounds like a contradiction, but stick with me over the weeks as I tell you about her, myself and our world view.

I’m debating about keeping the vlog portion. I’m not very patient when it comes to editing. It was something mom really wanted to do but cancer had the final say in the matter. I’ll likely keep it, for mom.

I tried scripting out what I want to say in the videos, but that’s just boring. You can listen to anyone read to you. I’ll have to figure out a balance. Something between me editing everything down into a  bland pudding to a full on me glaring at you through the camera lens.  I tend to get mouthy when I’m off script. I’d love to say I’ve mellowed with the years, but the opposite has happened. I’m to the point where I simply don’t have many fucks left to give. Mom had a lot left. She was the optimist in the house. I was the pessimist.  We balanced each other nicely.

Guess I’ll have to channel a bit of mom’s better nature before I turn the camera back on. Tap into this sense of contentment I’ve acquired.

So mask up folks. Take care of the people around you and buckle up. I have a lot more to say before I shuffle off my mortal coil. 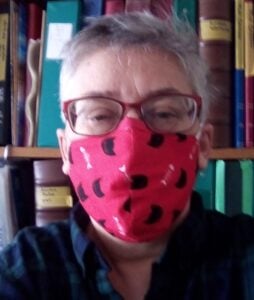 Buckle up, I have a cat mask and no fucks left to give. 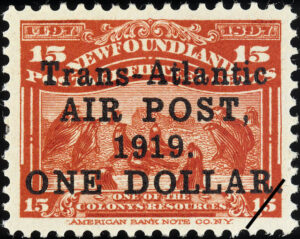 Alcock and Brown – 1st terrifying Atlantic flight
The original Alcock and Brown article was published in 2008,…
← World Tripe Day is coming up – I blame Pepys
We use cookies to ensure that we give you the best experience on our website. If you continue to use this site we will assume that you are happy with it.OkNoRead more