← A beetle, some Black Bear espresso & everything is right with the world Call me when they manage to create real mutant ants → 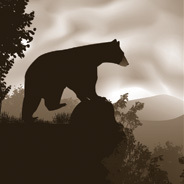 A beetle, some Black Bear espresso & everything is right with the world
Woke up this morning knowing everything would be ok with…
← Pissy little rant on misconceptions about old printing styles
We use cookies to ensure that we give you the best experience on our website. If you continue to use this site we will assume that you are happy with it.OkNoRead more