If your website still relies on Adobe Flash, it’s time to update the site. It was time to ditch Flash years ago, but a small percentage of designers still use it. By the end of 2020, Adobe will no longer support or offer the Flash player and it will be removed from all major browsers.

As previously announced in July 2017, Adobe will stop distributing and updating Flash Player after December 31, 2020 (“EOL Date”). We made this announcement in collaboration with several of our technology partners – including Apple, Facebook, Google, Microsoft and Mozilla – which issued complementary announcements with more technical detail on what the Flash Player EOL will mean for developers, enterprises, and consumers using their specific OS environments or browsers. Adobe

Why is Adobe Flash a problem?

Flash is a bundle of insecurities and has been in its death throws for years. Despite the many signs of obsolescence, there are potentially millions of sites still using it. According to W3Tech’s Web Technology Survey, approx. 2.6% of all websites still employ Adobe Flash. How many of those sites have been abandoned is unknown. The number of Flash enabled sites may have decreased quite a bit since that article was written.

What does this mean for the average computer user? Not much. You may not be able to see some video content or an online game you like playing until the owner switches over to a supported technology. Almost every major, large scale website stopped relying on Flash years ago. The onus is on web designers to change their sites. As a user, the only thing you can do is find a different spot that has similar content. Removing Flash from all browsers is an excellent move that will protect the unwary user from phishing and zero-day attacks.

Flash will no longer be supported by either Microsoft or Apple by the end of 2020 and Adobe is pulling the plug on maintaining it on Dec 31, 2020. You can keep Flash running in your computer, but it won’t receive security updates. And that is a big problem that needs to be stripped out of all computers.

Continuing to use a Flash enabled site after all support is removed will be foolish. Vulnerabilities will multiply, especially if the website is no longer updated by the owner. Abandoned sites are a substantial risk for hijacking. Once a bad faith operator takes control of the website, they can use it to launch an attack on any older browser that has Flash enabled. So, if you are tempted to continue using one that supports Flash, just to play an old game, don’t. You are putting your computer at risk.

Adobe will remove all installations from their website. That means, you won’t be able to download any version of Flash. There will be no more authorized versions, no security patches, or updates for existing installations.

Microsoft will also uninstall the irritating automated notification, “Security Update for Adobe Flash Player” that pops up from time to time. A Win10 update, later in the year, will delete it and future versions of Win10 will not be shipped with the control panel feature.

Despite Microsoft removing the automatic update notifications, Flash itself, will still lurk in your computer so go ahead and uninstall it now. You don’t need it. Will some sites be affected? Maybe. As I pointed out, there are still games that depend on Flash and you may enjoy playing them.  Leaving Flash in your computer represents a risk that just isn’t worth it.

Voila, you are done. Flash is no longer in your computer. If you land on a site that nags you to install Flash to see the content, ignore the message. Eventually the site will get with the program and fix their webpage. I removed Flash a while ago and I haven’t encountered any problems.

Updated to include instructions on removing Adobe Flash on a Mac

If you own a Mac, it’s important to remove Flash if it’s still hanging around. First, find which version of iOS your system is running. Then skip down to the appropriate instructions below.

Once you’ve determined which version, download the correct uninstaller from Adobe. Before starting the uninstall, make sure you know your computer password. You may be asked for it.

Download the Adobe Flash uninstaller – Uninstaller for IOS X 10.4 and higher from Adobe. The uninstaller can be found in the Downloads folder. Open it and locate uninstall_flash_player_osx.dmg. Close your browser before the next step. Once it’s closed, double click on the file to start the uninstall process. Wait until it tells you it’s finished.

Once the software stops go and delete these two folders that are left behind.

Download the 10.1 version uninstaller. The one above won’t work, so make sure you know your IOS version. The program will be in the download folder. Drag it to the desktop and close the browser. Once it’s closed, double click on the uninstaller, and follow the instructions. When Flash is removed run the verify uninstallation is complete. You’re done.

A special thanks to the reader who pointed out how I forgot to include Macs in this write up. 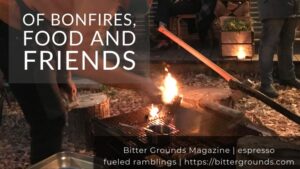