Burst mode fails to live up to expectations

I was playing around with the Burst Mode on my smart phone. Burst allows you to take numerous photos rapidly. You can keep all of them or slide through the photos and pick the best one.

It’s an okay feature, but they could have done much more with it. The ability to take numerous photos in rapid succession means something has to be sacrificed for speed. Image quality suffers dramatically.

All Burst shots are taken on super low quality, resulting in a series of very jaggy photos. The feature is ok if you want to stitch them together for a .gif (animated graphic) but there really isn’t much worth pulling out and keeping.

The photo is  … adequate. That’s all. I cropped this down from the original and if you try to look at any details, the photo starts to disassemble. The edges aren’t crisp and the over all photo is slightly out of focus. This was the best of 15 shots. I took over 100 burst shots that day, and none were any better. It’s ok to send along in a quick email, but not a photo worth keeping. You can’t increase the print size at all. Doing this just increases the blurriness.  No magic photography tricks will make this a better shot.

It’s a bigger disaster if you use the zoom feature on the phone:

Completely unacceptable. The little scotty dog looks like something from the old Sierra King’s Quest games. It’s also unprintable. You can see the pixilation everywhere. None of the zoom burst photos was worth keeping.

Burst mode has a long way to go before it will be useable.

← Catching a moving target Update on Microsoft's store clean up → 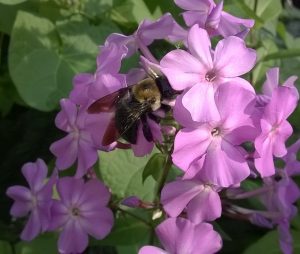