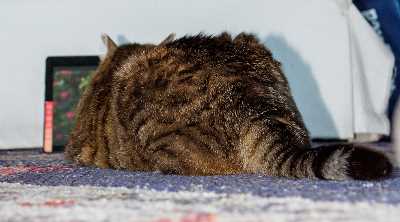 Catsitting & the best toebeans around

Spent a couple hours trying to photograph some toebeans. No, I didn’t randomly stalk cats in the neighbourhood to photograph their paws. I’m catsitting. A friend goes away occasionally and I get to play with her cat Simone. I fire up the tablet and let her watch videos and read the newspaper to her. Quite honestly, she’s not terribly interested in politics. I think the rattling of the paper is more exciting to her. I spent nearly 2 hours tonight lying on the floor with my camera, trying to get good shots of her. She moves very quickly, and I suspect she enjoys yanking my chain. She’ll pose perfectly and when I lift the camera, focus cli… she moves out of the frame. Sly one that cat.  But she does have a lovely set of toebeans. 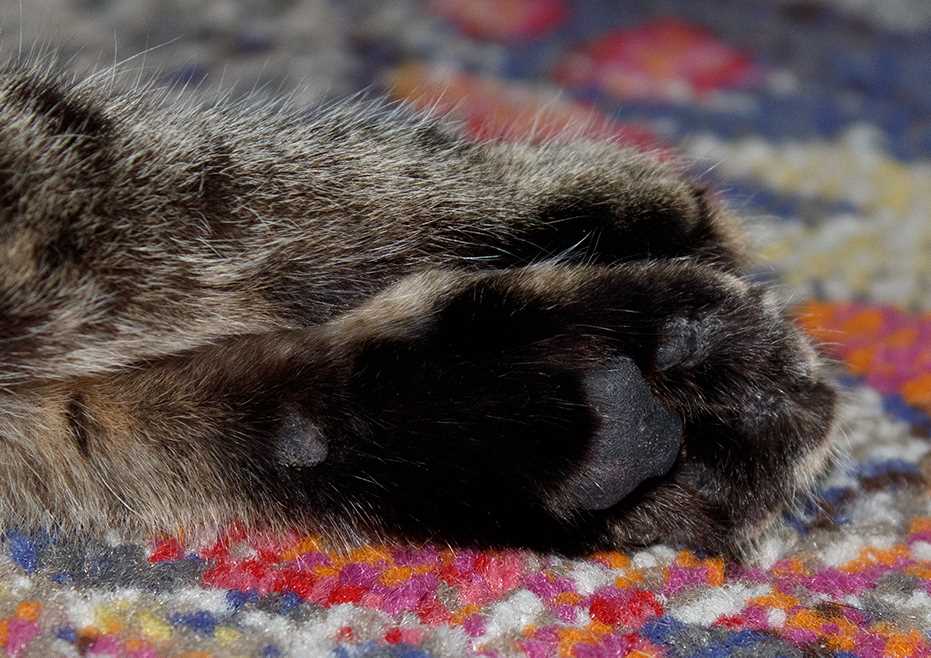 Simone is very patient with my antics. But occasionally I get this look: 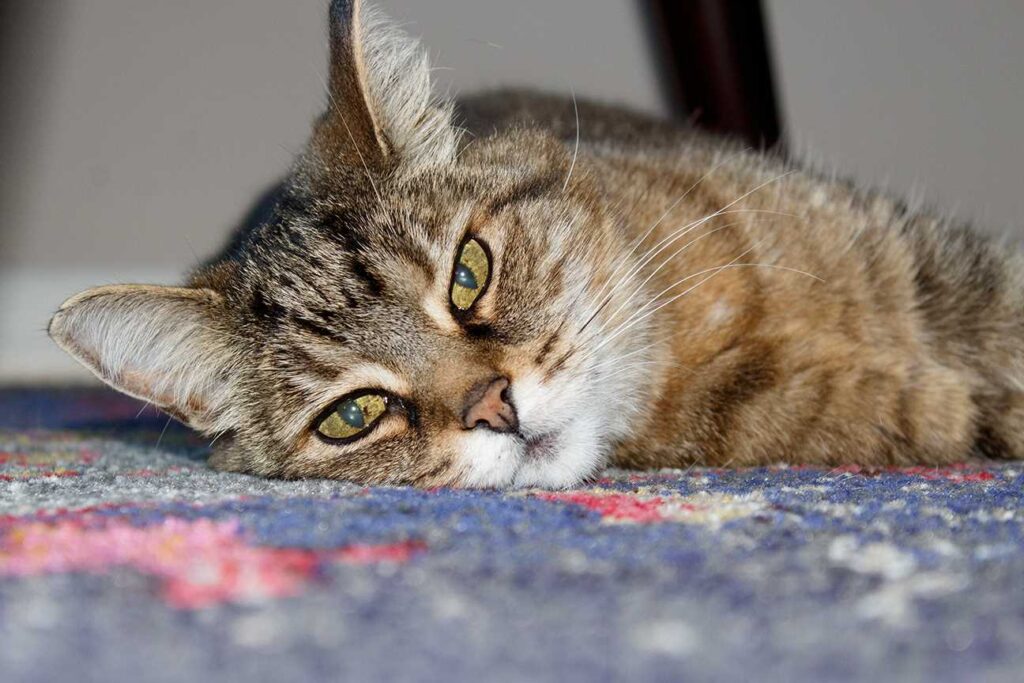 Are you done yet?

If she could roll her eyes, she would. She’s too busy watching videos to pose and I get this bored “are you done yet, go read your book” look. So I put the camera away and let her enjoy YouTube. I pull out a book and read to her while she’s catching birds on the screen. Occasionally I get rewarded with a “murf” noise. Not sure if that means “shut up” or “wow, that’s interesting”.  Murf is the cat equivalent of the Canadian “eh”. Could mean many things.

Shh, leave my toebeans alone and let me watch YouTube 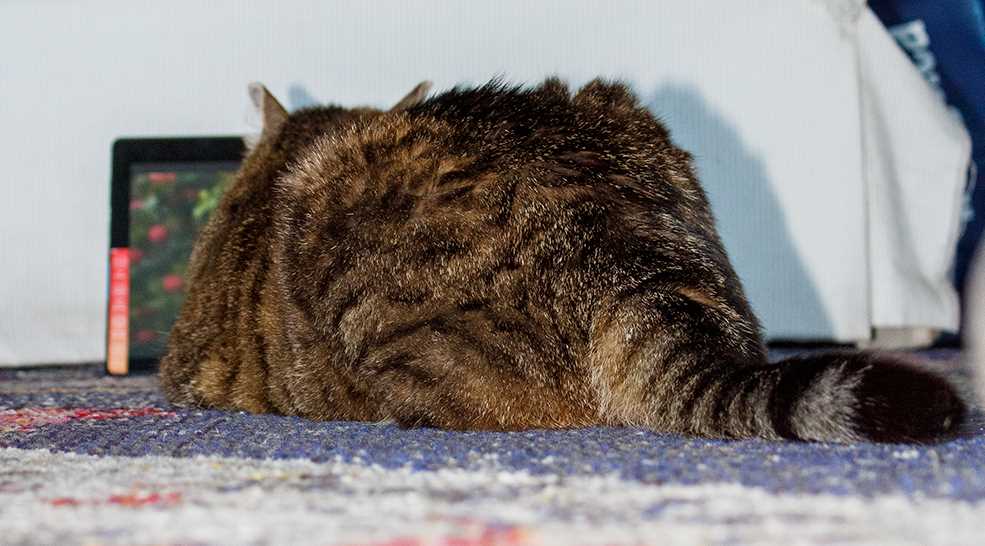 She really enjoys the tablet. I initially tried a couple of games for cats – chase the squeaky mouse, swat the bugs, but Simone showed minimal interest. When I switched to Videos for Cats to Watch – 8 Hour Bird Bonanza, she perked up. She starts  a few feet away, watching, intently. Then, time to move in for the kill. 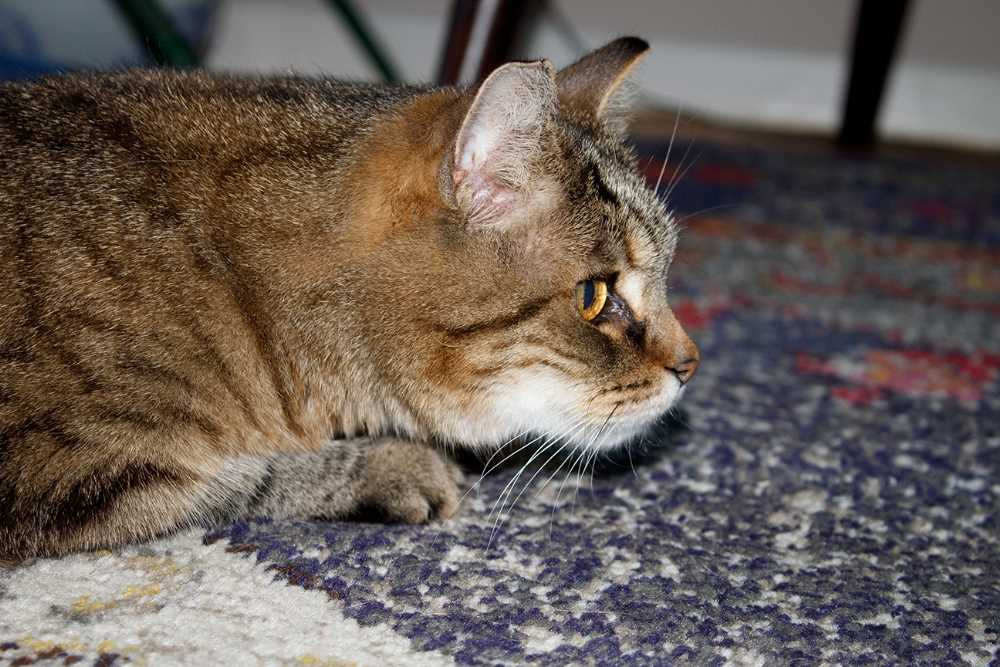 She’ll smack the screen a few times and then stroll off like “meh, I didn’t really want to catch that bird”.  A quick walk around the apartment, tail high and twitching and back at the screen.  But no way will she show too much excitement to the human in the room. 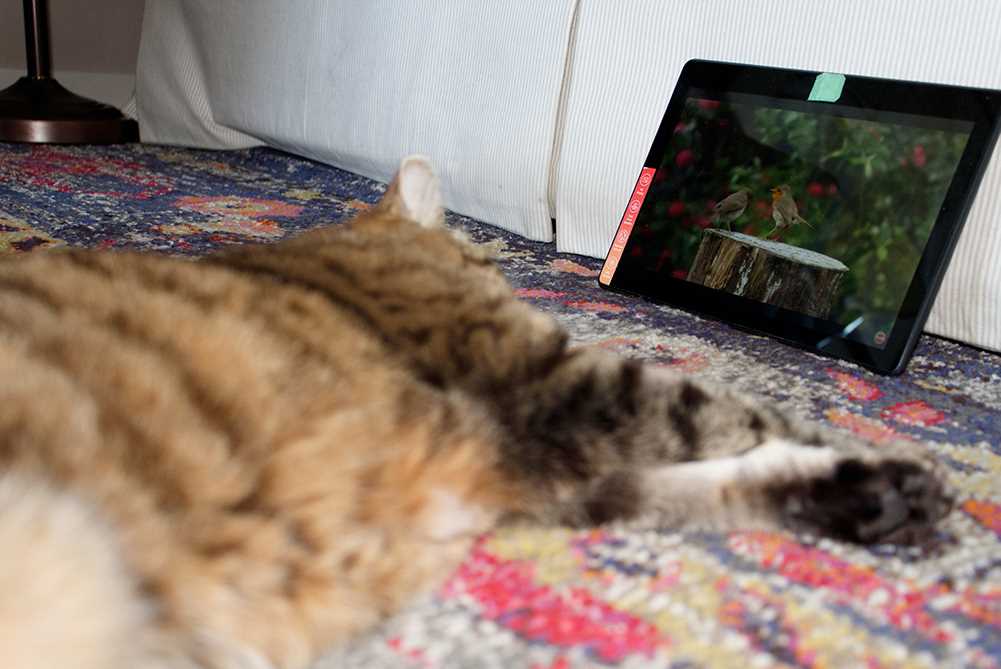 When apartment circuit is completed, Simone plops down in front of the screen, stretches out and watches birds and squirrels flit about.  She’s quite companionable, as long as she gets her YouTube. Tomorrow her human returns and she’ll go through YouTube withdrawal. We’re trying to convince her human to buy Simone a shiny new tablet, but so far, no luck. I think the fear is she’d spend all night watching videos and eating snacks. Regardless, she’ll be happy to have her friend back. I’m a poor substitute at best.

You have to admit, they are killer toebeans, aren’t they?

← WordPress won't save drafts Calm & chilled Stratford through a lens → 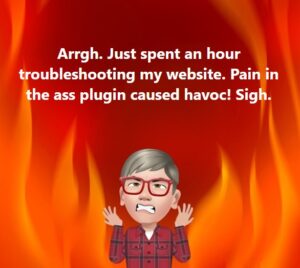 WordPress won’t save drafts
Plugins - not always user friendly I just spent the…
← Time away & a selfie in Stratford
We use cookies to ensure that we give you the best experience on our website. If you continue to use this site we will assume that you are happy with it.Ok