I have to stay off r/ChoosingBeggars – Reddit strikes again

I’ve been lurking over at Reddit lately. Lots of time to kill while I wait in hospital corridors and luckily Reddit supplies an endless stream of entertainment. I stumbled across a feed called r/ChoosingBeggars and quickly became enthralled by the outrageous demands people make. It’s like watching a slow motion train wreck.  For the uninitiated in the weird world of Reddit, Choosing Beggars is a forum for people fed up to their back teeth with people asking for stuff and then getting picking and demanding.

Some of the posts are obvious fakes, but quite a few are completely believable. People never know when to stop and their sense of entitlement has now been turned into vicarious entertainment for us. This one caught my attention the other day.

Bratty Cousin (BC): Hello, this is [your cousin] I need your Netflix password because it doesn’t work anymore

Netflix subscriber (NS): How did you get my Netflix password? I changed my password because it kept kicking me off when I wanted to watch because other devices were watching.

BC: Why are you being such a bitch. You don’t need all of it yourself.

BC: [posts a rude emoji]

Yea, kid, that’ll really encourage your cousin to share with you, you sweet talker. If you want to fry a few brain cells wander over to Reddit and amuse yourself.

Update: I’m deciding whether to video my first life hack test. The first try was a bit dodgy, and quite comical. I’ll likely do what I enjoy doing the most – photograph bits of it and do a write up. It’s far easier and faster.

An unfortunate incident with the microwave

“There was an unfortunate incident with the microwave” is not a sentence that inspires confidence in humanity. I’ve been visiting someone in hospital for awhile and often use the communal microwave and kettle. Last week the microwave disappeared. So did the kettle. By the second day of them missing in action my curiosity got the better of me. I asked one of the nurses what happened and she scrunched her face a bit and mumbled something about an unfortunate incident.

Of course my mind went into overdrive wondering what the offending incident was. I’m quite sure the actual offense as quite benign, but I can’t get past the fact both the microwave and kettle were taken away. Hanging around hospital rooms is a bit boring so I latch onto anything that may be mildly entertaining and the AWOL microwave provided a tiny bit of amusement. After talking to staff on the floor, I heard stories that would make anyone despair. Luckily this week a new kettle and microwave appeared in the room. HURRAY – I can make crappy Styrofoam tea again. On Tuesday, I wandered in to heat up some soup and spotted a list of DO NOTS posted on the wall over the shiny new microwave. 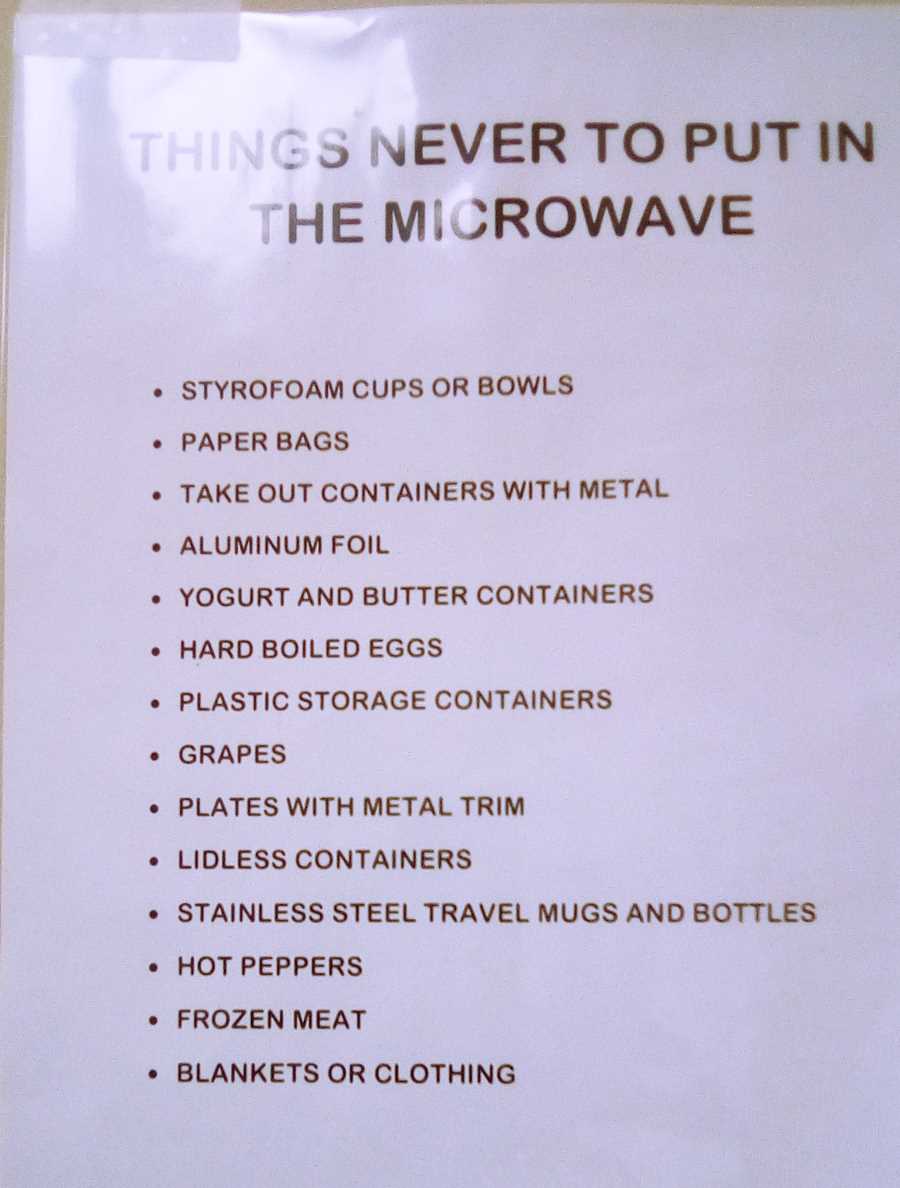 Remember – NO GRAPES or HOT PEPPERS

Most of the usual suspects are on the list – metal objects, tin foil, Styrofoam and flimsy plastic containers. Someone always pops one of these in, usually because they are distracted and not thinking. But a few of them made me stop and ponder how humanity hasn’t self extinguished already.

Evidently people love to stuff clothing into the microwave to warm them. I’m all for toasty clothing, but no, just no. The previous microwave was very small. Not even big enough to put a bath towel into let alone a blanket. Seems people were always stuffing blankets into the microwave and panicking when they began to burn.

The hot peppers? Oh man, have you ever been in a room when someone over nukes hot peppers? It’s like being pepper sprayed. Not something that should be done in a hospital. The smell and capsicum drifting in the air could level a rhino in 30 seconds. So yes, people had to be warned not to pepper spray sick people.

The grapes make me believe humanity is truly screwed. Just think of it for a second or two. Grapes are little sacks of soft, fleshy liquid. Super heat them in a microwave and you have itty bitty nuclear bombs ready to explode. If some of them survive the exposure without blowing apart while heating, imagine biting into one. I wonder how severe the burns to lips and tongue would be. I shutter each time.

For the time we are happy to have access to a kettle and microwave. They’ve been clean for 3 days now. I figure when I go in tomorrow, everything will be back to normal – ah I can almost hear the sounds of eggs exploding in the microwave now. 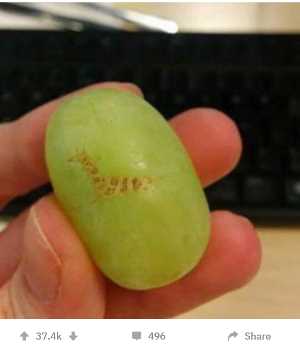 Reddit throws up a lot funny as hell posts periodically.  Now I can’t get the damned giraffe out of my head. 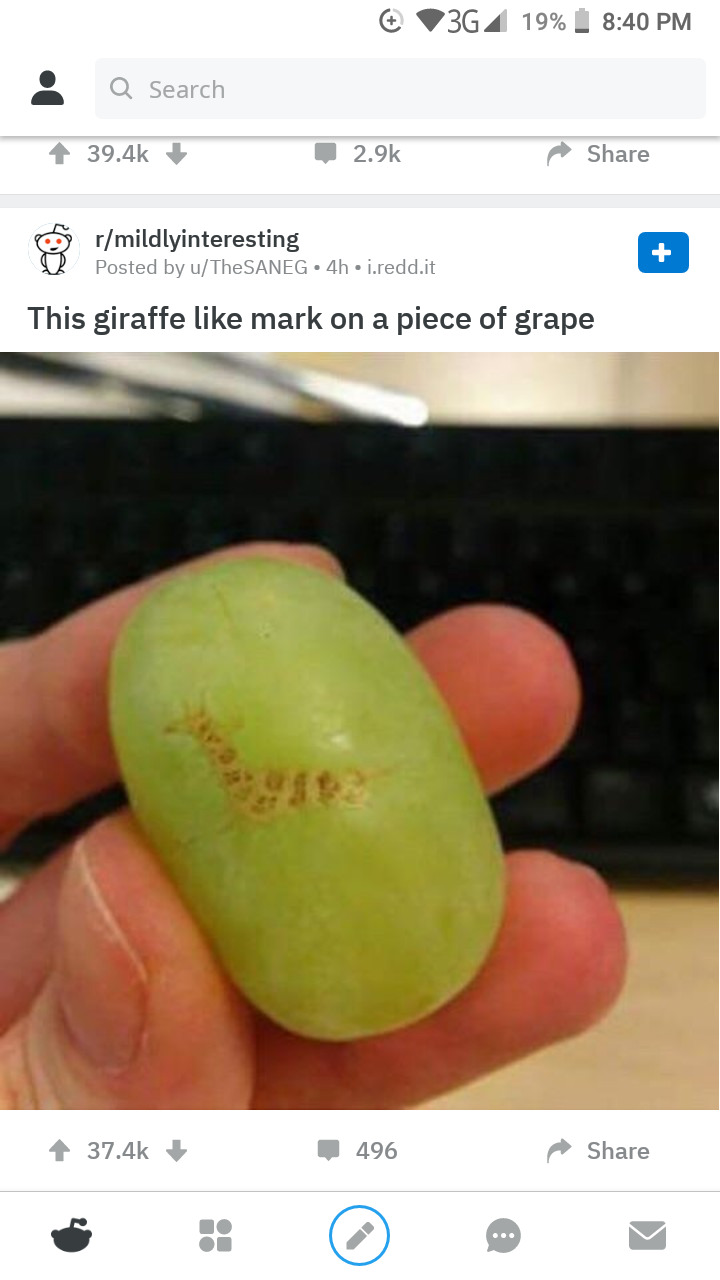 Lifehack – a strategy or technique adopted in order to manage one’s time and daily activities in a more efficient way. Oxford Dictionary

The web is awash with lifehack websites. So many, it’s now hard to make it through a day without one popping up in an ad or post. Some are pretty cool. Most are eye rollingly daft.  I’ve decided to check out some and see if they are real lifehacks or click bait nonsense. The first one I’ve tested turned out to take more time than it was worth.  The first hack involves eggs. Come back in a few days to find out what on earth this is about.

Have a lifehack you want me to investigate? Drop it into the comments section or wander over to Bitter Grounds Facebook page or Twitter account and leave a suggestion.

A rock hunting I will go this summer

I’m going to go rock hunting this summer. “What’s that?” I hear you asking, “rock hunting? That sounds random”.  My brain is sometimes like a flea on a mitt – hopping from one interest to another. So many fascinating things to explore and so little time on this world to do it. One can never have too many hobbies.

Lately I’ve been lurking around rock hound sites, admiring the diversity in … well, the rock world. ‘Rock world’ – not sure if that is a thing, but we’ll stick with it. I’ve been picking up random pebbles and stones for a long time, wondering what they are.  “Oh here’s a grey one. And here’s another grey one. This one has a pink seam. OHH this one is black. No, wait, it’s just muddy”.

I’ve been staggered by how varied rocks are and now I’m eager to learn a bit more about what’s here in Toronto. The ravine system is a short stroll from my place so that should be a good starting point. I can wander for miles poking around the mud and rocks, looking for anything interesting. As a bonus, I can take my camera along and get some decent photos of the ravine. I’ll have to get a pair of gloves though, because I really hate getting my hands dirty.

Another choice spot might be along Lake Ontario with it’s rocky shores. It might spit up a fossil or two, as well which would be cool. I remember days spent looking for trilobites while growing up.  We called then ‘stone bugs’ because we didn’t’ have a clue what they were. I’ve often wished I’d saved some of the better ones, but we chucked them back out into the water when we finished oohing over them.

If all else fails, I can go to the ROM – their rocks and minerals are all carefully labeled so ID-ing them will be easy.

I’ve been using Mining Matters rock identification guide to spot some of the more common rocks around here.  Fleming College in Lindsay, Ontario has a good YouTube video titled Rock and Mineral Identification that is fun to watch.

A friend sent a link to a couple amazing Toronto subway exit maps and after looking at them, I have the urge to stand on my balcony throwing the maps to everyone in the neighbourhood.  What are exit maps and why am I excited? Graphic artist Daniel Rotsztein, the Urban Geographer, has created 2 info maps (see link below) showing which TTC car is closest to exits for each stop.  Why does it matter? Anyone who’s spent time waiting on an insanely cold or hot Toronto subway platform will understand immediately.   As well, anyone desperate to beat the mad crush of people heading to the stairs at the same time will appreciate a bit of an edge in hitting the exit quickly.

Lines 1 & 2 are available, showing each stop and which car to hop on. Head on over to his website and snag them. I’m saving the pdf on my smart phone for future references.

You can find the maps on his website  here https://theurbangeographer.ca/subway-exit-map

and don’t forget to check out the rest of his art and his Instagram account https://www.instagram.com/theurbangeog/     You won’t be disappointed.

We use cookies to ensure that we give you the best experience on our website. If you continue to use this site we will assume that you are happy with it.OkNoRead more