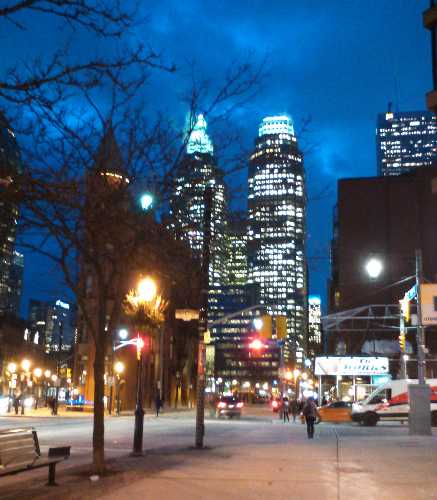 Heading home around 6 the other day and noticed the most amazing midnight blue sky. With all the light polution in the downtown Toronto area, the sky often has a muddy look. But something about that early evening turned the sky an intense blue.  I tried to capture a couple of pictures, but my little cell phone camera doesn’t do good night shots. The photos came out better than I had hoped for.

With the exception of a bit of cropping, the photos are not retouched. The blue came out just about perfect – far better than I thought they would. I was standing outside the Hothouse Cafe on Front Street, just down from the Flat Iron building.

I walked up the street a bit, looking at the steam billowing out of the TD building. At that point, I wished I had a camera that did night shots. The lights are a bit off, but the colours are spot on: 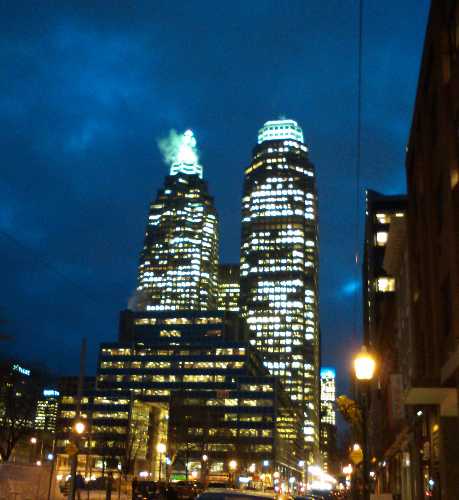 I took a series of shots and within 20 minutes the blue had faded away.

Previous post
Password insecurity – the usual suspects
The annual list of truly bad passwords is now out…
← More wallpaper – skyline and concrete
We use cookies to ensure that we give you the best experience on our website. If you continue to use this site we will assume that you are happy with it.OkNoRead more