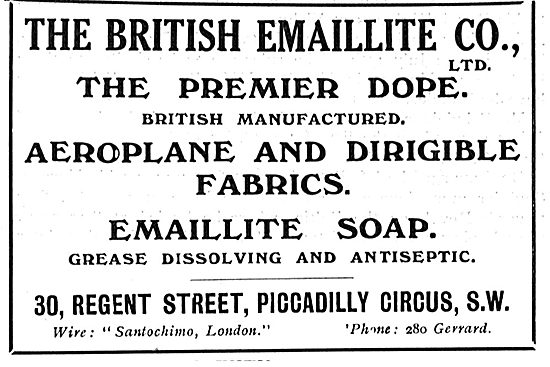 Today, we’re going to look at doping. No, no, not that kind, the aviation kind. Early airplanes were made of cloth pulled taut over a wood frame. To protect the wood, and create a streamlined body, the material was covered in something called dope, a liquid designed to waterproof & pull the material tight as it dried.

Looking at an early manual & doping

I have a treat for you today, something from my aviation collection – a 1914 aeroplane manual from the Canadian government’s War Office. While looking at a few patents dealing with doping material I remembered something from this book: 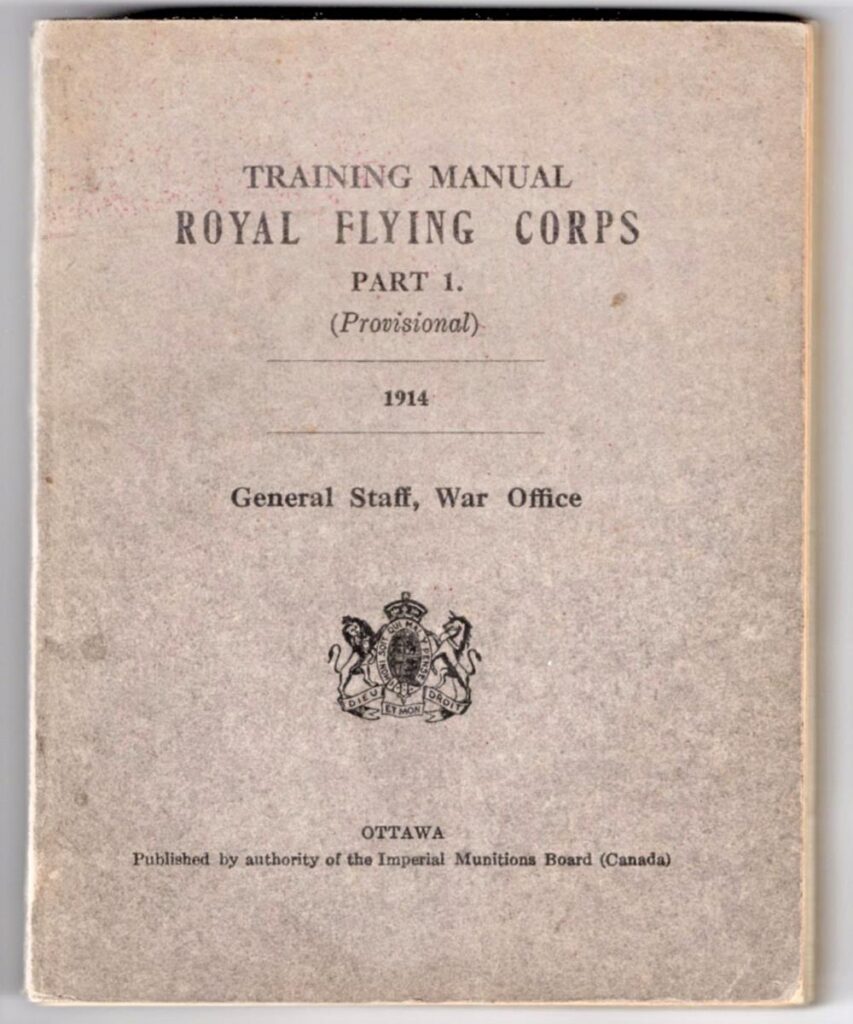 Published 2 months before the outbreak of WW1, the manual covered basics like assembling an aircraft, maintaining the engine, flying it, and of course doping the body. The book is fragile, so I didn’t scan from it.  There isn’t much in the way of diagrams anyway. But it did include a small section on dope:

Each company developed their own recipe for dope. They were a kind of witch’s brew, with the first being composed of nitrate. Other chemicals included nitrocellulose, cellulose acetate and cellulose acetate butyrate.

Three aircraft makers are mentioned in the manual – Avro, Royal Aircraft Factory and Farman. Specific models aren’t mentioned, but I suspect they were Avro 504, British Aircraft Factory’s B.E.2 and the Farman MF11, also called the Longhorn.  The manual recommends they all be treated with  Emaillite. The B.E. plane doping was described this way:

The fabric is sewn with needle and thread along the trailing edges and round the curved edges. It is also sewn with twine through the plane to the reverse side along each rib. Rubber solution is then rubbed into the fabric with the fingers along each rib and rubber adhesive tape applied. Rubber adhesive tape is similarly applied around the curved ends and the trailing edges.

Dome-headed brass tacks are driven in along each rib to further secure the fabric. The planes then receive three coats of the correct emaillite solutions. pg. 23

The British Emaillite Co. was around from about 1911 to 1921 when it was acquired by the Titanine company. It’s difficult finding solid information about the British Emaillite Co, but after a lot of searching, I found a patent for their cellulose acetate dope from around the time the RFC manual was written.

I could only find abstracts from the patent, not the entire paper. But it is informative as to what chemicals were used:

A fabric for aviation apparatus that is invisible or indistinctly visible is formed of films of cellulose acetate or like compound. Materials are added to modify the refractive index of the compound so as to render a reinforcing-material, such as silk or cotton fibres, placed between the sheets, invisible.

In an example, a composition, comprising 110 grm. of acetate or hydroacetate of cellulose, 35 grm. of a mixture composed of equal parts of naphthol, ethylic ether of naphthol, and benzene sulphonamide, 880 grm. of tetrachloride of ethane, and 120 grm. of alcohol, is spread on glass, and very fine silk tulle placed upon it while still moist. This is stripped off when dry and placed, tulle side downwards, upon a second moist layer of the composition spread on glass, and, when dry, the completed fabric is removed from the glass.

Unfortunately, I couldn’t download the entire patent, and Google Patents doesn’t offer it, just a reference. I did however obtain a 1917 patent, from the same company.

This invention relates to the manufacture of dopes of the kind used for coating the surfaces of aeroplanes, and its chief objects are to improve the  adhesiveness, strength and surface of the coating and to reduce or eliminate the poisonous or deleterious properties of dopes.

From an aviation perspective, the patent is quite interesting.  Chemistry aside, it offers a bit of insight into the purpose of dope.

Aeroplane dopes must pro­duce in and on the fabric employed an elastic highly contractile film with a hard surface which when struck must yield a clear resonant note (an indication that the necessary contraction has been obtained) with sufficient body and rigidity (obtained so by a succession of coats) to retain its stream line contour during flight.

So, the dope had to dry tight enough to protect the wood and pull the material taut, to keep the airplane streamlined, but not so tight it would damage the aircraft by warping the frame. If you’re interested in the chemical components, look at the patent US1298199A – Cellulose-ester dope or varnish. – Google Patents for the details.

For now, the manual is back in its protective wrapping and back on the shelf. It’s been a real treat paging through it.

Ok, here’s the new plan for turning 60
Portrait of a blogger I’ll be turning 60 in a…
← The Pringles can, 1 patent & a new design
We use cookies to ensure that we give you the best experience on our website. If you continue to use this site we will assume that you are happy with it.OkNoRead more