I am one of the worst video game players on earth.  Despite my utter ineptness, I enjoy playing and occasionally, idly, think maybe I should stream my attempts live. I could call myself “Captain Disaster” or “Your Colony is DOOOOOMMMMED”.  I don’t enjoy shooter games and war games much. I prefer sims, strategy and the odd dungeon and dragon style game.  I enjoy the mechanics of governing and the minutia of dealing with the economy etc so tend to gravitate towards games that allow me to micromanage the smaller details. I’m not good at the management, but I do have fun.

The problem is, I tend to get into weird moral dilemmas’ while playing. One of the reasons I don’t do well at games like Europa Universalis or Civilization is the mental gymnastics my brain gets wrapped around. I start thinking “I can’t just declare war, they have the right … “ or “well why can’t there be universal suffrage or freedom right now … oh that was quick” and the game goes to hell in a hand basket.  Inevitably, my little kingdoms get swept away. Often, shockingly fast. Once in awhile I’ll throw ethics aside and play the role of despot or whatever and .. nah, never lasts long.  I know, it’s just a game, but the little running commentary in my head harkens back to my days as a political studies student at Queen’s discussing the historical ramifications between this act or the political maneuverings that led to that disaster. Eventually I end up looking up some arcane bit of history and forget I have the game playing. If it’s real time based, I return to find everyone dead.

I’m working on a new game now – Planetbase by Madruga Works (http://planetbase.madrugaworks.com/) Steam is running their summer sale and I picked it up to try out. The premise is straightforward. I’m in command of a new colony on some distant planet. No wars, no moral dilemma, not a rival colony to be seen. Just me and my little colonists. I’m in charge of setting up the colony and making it sustainable. Planning things out properly will attract new colonists, opportunities for trade and expansion.  What could go wrong?

Colony one.  Even for me, it was a stunning record of 15 min worth of game time.  Need to plan a better layout. Oh and get the oxygen maker running faster. Much faster.

Did you know, when their little symbols go orange, they are about to die? I do now.

A trader ship … at last. And I have nothing to trade. Crap. It might be too late anyway.

Didn’t plan this one out very well.

Don’t know why anyone wants to follow me into space.

New colony! In a Hal-esque moment I named it “Theyre Dead Dave”

Damn! They should have stayed home. Colonists arrived and were all dead in a few min. Ran out of spare parts again. Asteroid hit power generators, nothing to repair them with. You know what happened next.

Hmmm. So far so good?

GIVE ME STRENGTH!I built you little bastards beds. You have food now, and water. Lots of oxygen. And you curl up on the floor to sleep. I’m worried. They don’t seem to want to wake up. Maybe it’s space flu. Yea, that’s it.

They’ve all curled up into little balls of unhappiness and aren’t doing a lot of moving.  I called it quits at this point last night, declaring  a victory because I hadn’t killed them all off, yet. I’ll take another run at the colony tonight. Keep your fingers crossed they survive. 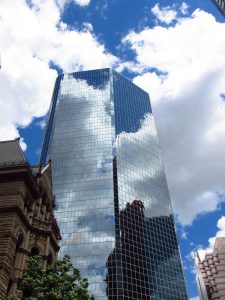 Photographing clouds east on Dundas at the foot of Old City Hall
Padded around Old City Hall today, looking for interesting shots.…
← A little unboxing therapy – a ghost pepper sauce?
We use cookies to ensure that we give you the best experience on our website. If you continue to use this site we will assume that you are happy with it.OkNoRead more