Lurking around Toronto with my camera & misc thoughts

I’ve been wandering around Toronto in my spare time, testing out routes for the Mapping Toronto project.  After doing a few test runs in a couple of neighbourhoods, I realized some will take multiple trips just to scratch the surface. As well, the sheer volume of photos started to make the logistics of posting and editing a monumental task. I’ve rearranged and relabeled the files about 4 times as I grapple with staying organized.

Some areas have so much to look at, it’s difficult to figure out what to leave out. I was in Cabbagetown recently and realized I could do one series of photos just documenting the historic plaques.  I could spend another day photographing people along Parliament and another on the architecture. During summer months, Cabbagetown is stunning so that means another exclusively on the flower.  Couple that with the trips to the library for historical info on each area, well, there you have it – years worth of work.

I’ve figured out a way of addressing the irritating issue of setting up routes.  Plot a route is an AMAZING website that calls up detailed maps that include topographical details, distances, timers and the ability to upload photos to any given route.  After setting up a route, you can download it for printing or upload it to a GPS or a smartphone. The site allows users to post unlimited public routes, but if you want to keep your route private, you have to pay a nominal fee ($22 US a year).

After playing around with Plot a route, I had a brainstorm. I’m going to add the routes as part of the Patreon perks. Subscribers will have full access to all the routes that will have photos attached to the map.  I’ll also offer access to one time donations that hit a certain amount.  I’ve been casting around looking for interesting perks to offer and this one struck me as a great idea. I’ll be revamping my Patreon account in the next few days (oh and YEA … I have my first Patreon supporter as of yesterday) that will focus strongly on the Mapping Toronto project.

Here’s a test route I’ve been playing with:

It’s based on a little walk I like to take occasionally around the neighborhood. I can adjust the various points on the map to emphasis spots to photograph (or cafes with decent espresso and desserts).  Once completed, I will upload photos and notes so the user can enjoy the route.  I’m excited about this. It dropped the final piece of the project into place so this spring I’ll begin.

If you want to support this project look to the right-> and use either the yellow button for a one-time donation or the orange button to become a subscriber. 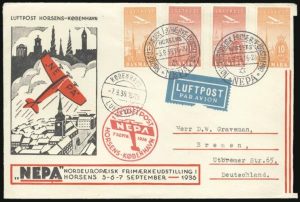 What’s up – this month’s Vance auction
Time to ogle the latest Vance Auction catalogue for Wednesday,…
← A contest? Really? Stay tuned for details
We use cookies to ensure that we give you the best experience on our website. If you continue to use this site we will assume that you are happy with it.OkNoRead more