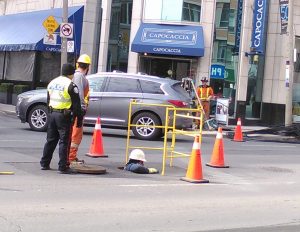 It’s official – proof spring has arrived in Canada
A sure harbinger of spring in Canada - roadwork groundhogs have…
← Closeup photography – spring plants – Fern unravelling
We use cookies to ensure that we give you the best experience on our website. If you continue to use this site we will assume that you are happy with it.OkNoRead more