…. woke up today, read all sorts of Torybots screaming Canada is over, there’s nothing left, the country is collapsing, Harper was the only one to steer us through the recession (which also doesn’t exist according to the same people), Charter of Rights & Freedoms is worse thing to happen to Canada (chew on that over your oatmeal Canada) and (my personal favourite) no more freedoms because we’re all commies now!

– looked out the window and what do you know – the world was still ticking along as it always does.

Canada doesn’t depend on one single person to lead us.  It never has. Prime Ministers come; Prime Ministers go. That’s the nature of government in an open and free society.

Carry on Canada – be nice to one another, it’s vastly under valued.

← Bugs and plants - photo of ants scurrying on peonies Well, this has me confused → 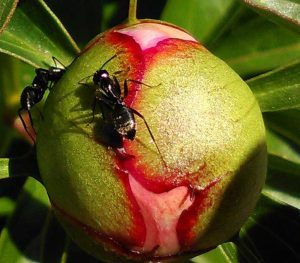 Bugs and plants – photo of ants scurrying on peonies
I have a thing for bugs. I like looking over…
← Smartphones are not your friend
We use cookies to ensure that we give you the best experience on our website. If you continue to use this site we will assume that you are happy with it.Ok