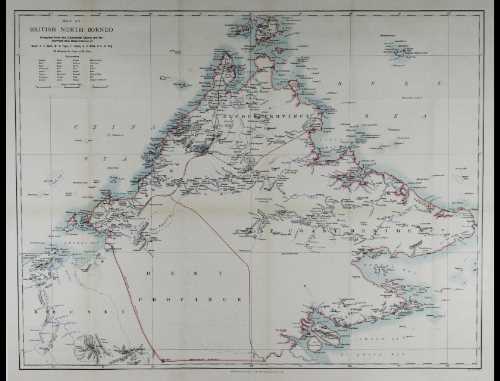 Ready for a history lesson? Buckle up, this one gets confusing at times.

Some of the world’s beautiful stamps came from the State of North Borneo. The little parcel of land (abt 31,106

sq.m) was given as a gift, leased, abandoned, flipped, invaded and conquered at a dizzying rate in the span of about 200 odd years. It belonged to the Sultan of Brunei, but was leased to Great Britain as a reward for aiding the Sultan in a civil war. For a few years, the British tried to settle the land, built a port, imported labour etc. By 1805 it was viewed as a white elephant – too expensive to administer and too difficult to fend off the numerous pirate attacks so the British abandoned the lease and left. 60 years later, the Americans took out a lease on the land but quickly sold the lease off. Post-Civil War United States had no appetite for Asian territories and auctioned off the lease to the American Trading Company of Borneo.

Their effort was equally short lived. Disease, expenses, deaths and difficulty keeping labour on the land forced the company to abandon the territory within a year. They hung onto the lease for 10 years and flipped it to Consul of the Austro-Hungarian Empire in Hong Kong, Baron Gustav von Overbeck who then negotiated a new 10 year lease with the Sultan of Brunei. Despite his best efforts, von Overbeck couldn’t interest the Austro-Hungarian government in investing time, men and money on the land. He was saddled with a costly lease no one wanted. Overbeck tried to sell the lease off to the Italians as an Italian version of Devil’s Island, but the Italian government didn’t see a need for a penal colony so far afield.

Right about now, I get a little lost in the negotiations. Von Overbeck leaves the story shortly after he managed to get British colonial merchants, Alfred and Edward Dent, involved as financial backers. When Overbeck bailed on the plans, the Dent brothers took over the little speck of land no one seemed to know how to manage. In July 1881, the Dents formed the British North Borneo Provisional Association Ltd, complete with Royal Charter and backing from powerful friends in Great Britain. Within a year, the North Borneo Chartered Company was born and taking over all administration of the area. This ruffled a number of feathers, including the Dutch, Sarawak and Spanish governments, not to mention the indigenous population, but the colonial barons of the Victorian era never let small matters like territorial disputes get in the way of turning a profit, which they did. By 1888, the company managed to have North Borneo declared a British protectorate, which was vital if the Dents were going to pull large profits out of the land.

The small territory expanded, through further treaties with the Sultan. Aided by the British government, the Dents managed to put down the rampant pirating, bring in thousands of Chinese labourers and establish permanent settlements. Timber, tobacco and rubber plantations formed the back bone of the new economy. By the 1890s it was a successful and lucrative company. So successful, the British government placed Labuan under it’s protection.   I’ve read a few history bits about the era and they all seem to gloss over issues, stating it was quite peaceful, with the British administration ushering in an ear of stability and prosperity. Reading minutes from Parliamentary proceedings shows a darker side to this. As late as 1929, the British government was still defending the use of forced labour because it wasn’t defacto slavery. There were accusations the local population were forced to surrender a child to work as forced labour on the plantations. The mass influx of foreign labour and numerous taxes added further stresses. There were a number of uprisings, including a 6 year fight between 1894-1900 and later another in 1915. So, it may have been peaceful as far as the colonial rulers were concerned, but not for the native population. Hansards website (the record of British Parliament proceedings) is a rich source of information on North Borneo. Questions ran the gamut of mundane questions about day to day operations to accusations of forced labour, opium taxation, treatment of the local population and more. The most illuminating was an interesting exchange about the Royal Charter and issues arising from granting so much power to a private enterprise ( Hansards: BRITISH NORTH BORNEO COMPANY (CHARTER).—OBSERVATIONS. HL Deb 13 March 1882 vol 267 cc708-24) The discussion is a show case of British Imperialism at it’s height.

The company continued to control the area until the Japanese invasion in 1941. The end of WW2 saw the beginning of the end of chartered companies acting as governments agents. Their time was over. The Borneo Company couldn’t afford to rebuild North Borneo after the devastating occupation and sold it’s rights to the British government and the land became an official British colony and later absorbed into Malaysia.

Now, you’re asking yourself, ok, nice history lesson but what about the stamps. While researching a bit about the stamps, I was sidetracked with the history of the region. Well, not side tracked, engrossed. North Borneo State issued some of the most striking stamps of the 1890s. Both topic matter and engravings are exquisite. Waterlow & Sons excelled with this series.

According to the venerable Stanley Gibbons Commonwealth & Empire Stamps 1840-1952, this series (issued between 1892-1920) saw a number of perf variations to watch for, caused by “irregularities of the pins, rather than different perforators”. For a collector, this offers a variations bonanza.

The first pictorial series of 1894 is a set of 9 stamps that are a bargain for used collectors. They include 1c Dyak Chief, 2c Sambar stag (also listed in some catalogues as the Malay stag), 3c Sago Palm, 5c Great Argus Pheasant, 6c Arms of the Company 8c Malay Dhow, 12c Estuarine Crocodile, 18c Mount Kinabalu and finally the 24c Arms of the Company with Supporters. With the numerous perf variations, this collection alone is enough to keep you busy for quite awhile.

The Great Argus Pheasant is, arguably, the most distinctive of the set: 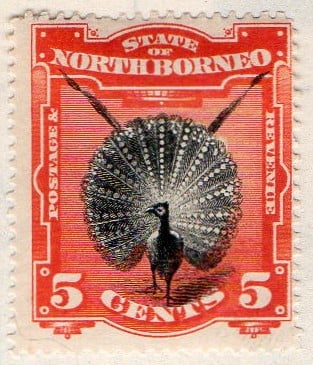 Here’s a treat. Charles Darwin visited the area, he sketched the pheasant: 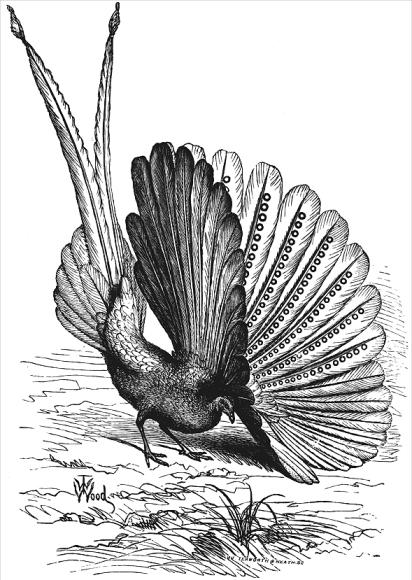 This caught my eye a while back: 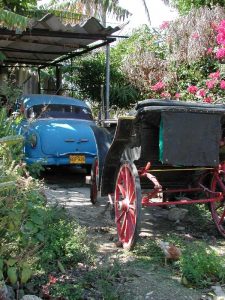 Cuban farm photograph – 2007 vacation
Here's a shot from a trip I took to Cuba…
← 3 Rocket mail stamps & explosive packed tubes
We use cookies to ensure that we give you the best experience on our website. If you continue to use this site we will assume that you are happy with it.Ok