By the time I got to Union Station, the volume of pedestrians was tiring. I don’t come down at rush hour very often because of the press of humanity, but once in awhile, it’s fun to people watch.

I set out to keep the photos at around 24mm  to test what type of lens I should consider for my first prime lens. I spent a day doing nothing but taking 50mm another 35 etc. So far, the 24mm seems to float my boat the most.  I’m leaning towards the Canon EF-S 24MM F2.8 STM lens. I like long, full shots that pick up lots of details. I’m not a huge fan of bokeh and prefer seeing details happening in the scene, so I think the 24mm might be what I’m looking for. However, I really  need to work harder on the mechanics of photography before I get to that point. 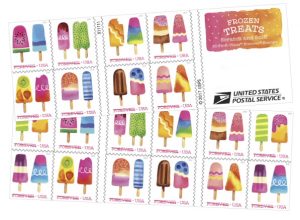 USPS cool summer treat – scratch ‘n sniff stamps
The USPS is offering up a booklet of popsicle scratch…
← Free NASA travel posters? I’m there!
We use cookies to ensure that we give you the best experience on our website. If you continue to use this site we will assume that you are happy with it.Ok