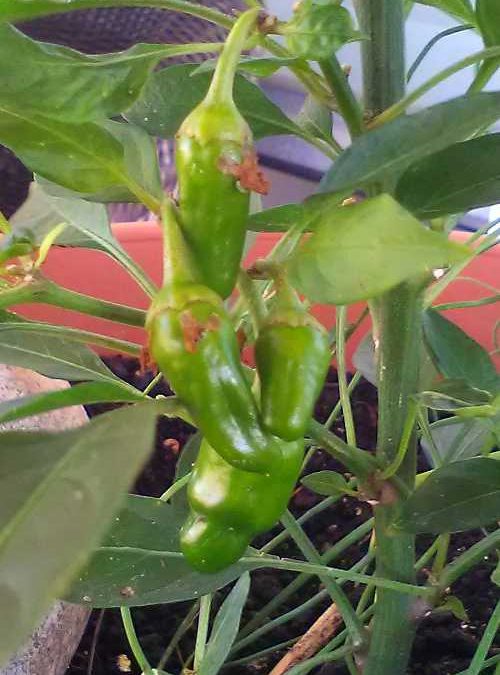 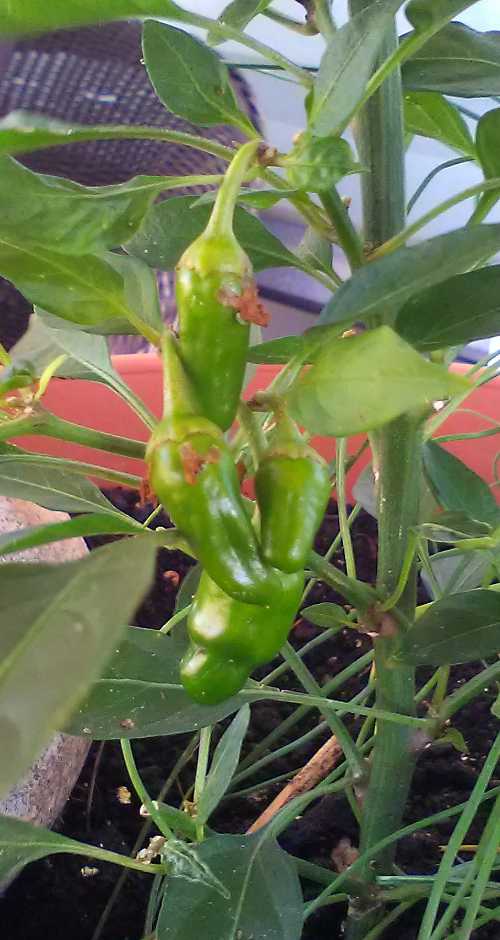 END_OF_DOCUMENT_TOKEN_TO_BE_REPLACED

The Aphid Wars: The Battle of Chili Pepper Pass has begun

The little beggars have breached my defenses again. On routine patrol, checking the Morning Glory carefully and was lulled into a false victory. Only a few of the enemy aphids were hanging around, sluggish and easy to pick off. I flung their carcasses over the ramparts (balcony to civilians) and did my victory dance. I turned my attention to other potential weak spots in my defenses and felt satisfied all was good

The sneaky bastards skipped past the rose bush, and landed on the pepper plant with the chives moat. They must have tunneled underground, coming up under the chives. Tell-tale signs of their encroachment alerted me to the first wave’s advance. Sure enough, skulking under new leaves and on the budding peppers, they’d already laid in their defenses. Dozens of them were swarming for a full attack.

No time for a battle plan … I plunged headlong into the fight with my water bottle and blew them off. Each leaf was inspected carefully until the all clear was sounded. Tonight, when the sun goes down, I’ll return with a soap bath to get the rest.

The Battle of Chili Pepper Pass has begun.

Although I thought the aphid invasion was stopped in it’s tracks, I continued doing daily patrols, checking each plant for signs of enemy activity. Nothing but dried up bug carcasses as far as the eye could see.  But tonight   … signs of a renewed aphid entrenchment in the morning glories. They must have snuck in while I was out at work.  The devious little peckerheads are skulking in the new growth and under the bodies of their mates.

If you don’t see any posts in the next 48 hours that means the aphids have gained the upper hand and have cornered me on the balcony. Send reinforcements.