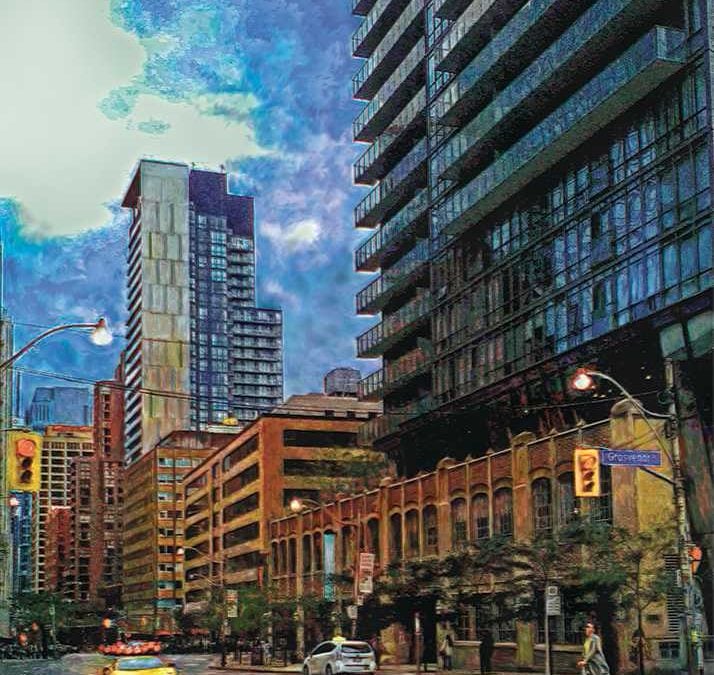 Experimenting with Photoshop a bit more. Pulled out my Wacom tablet and went to work. I haven’t used the Wacom in years; forgot how much fun it can be. Here’s a shot of downtown Toronto at Bay & Grosvenor streets. Took the original photo with my Acer phone camera about 2 weeks ago, while killing time.  Didn’t realise I had snagged the yellow car in this shot until I opened the photo up on my computer. I was so fixated on the clouds, I forgot about the guy tooing around Bay in his fancy yellow car. Every year about this time, the expensive super cars are trotted out – just in time for the Film Festival. It’s one of those things my mind is vaguely aware of but filters out as unimportant. I was surprised, and delighted with both the pedestrian crossing the street and the car appearance. Sometimes luck plays a big part in a photo’s composition: 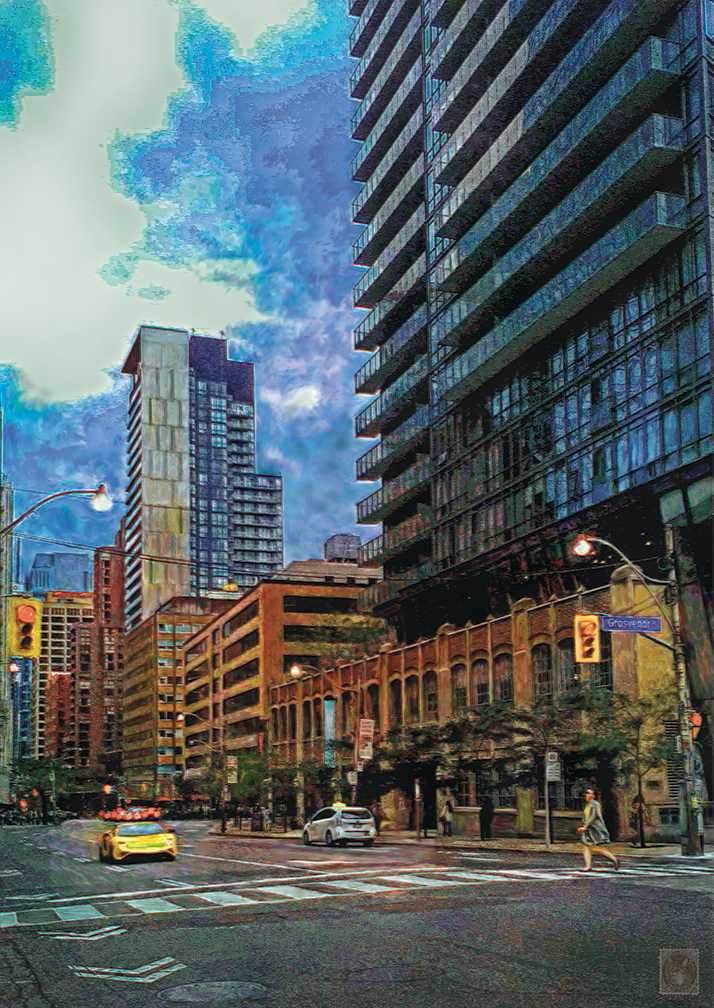 It isn’t complete, still have a lot of smoothing to do – especially the road. I want it to lighten a bit and look a bit less grainy. The primary colours need to pop more in some places like the street light and the car. Ideally, I want the eye to hit the car first and then wander over to the women crossing the street.  Need to experiment a bit with saturation and shadowing.  The sky needs a bit more work as well but I’m not sure which path I’ll take. I’ll let you know.