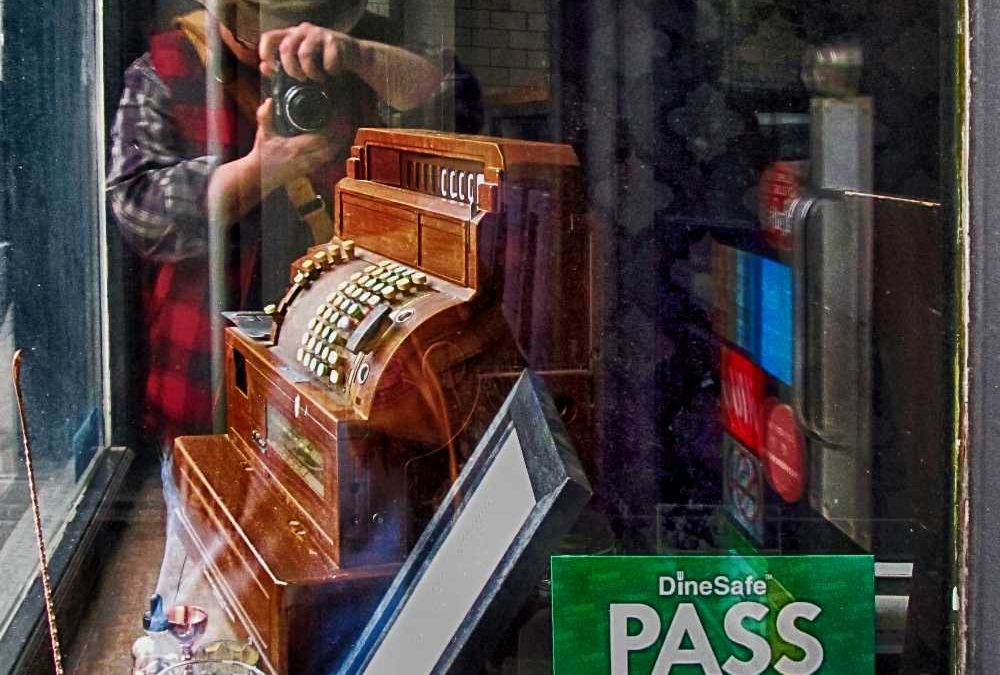 WEEEE – a selfie of sorts & a bit of HDR

Every once in awhile I take a selfie. Kind of …. it’s usually an accident. I was down by Berczy Park (Wellington St) again and stopped to take a photo of an old cash register in a window. I liked the rich browns and thought I could do something with it later. I initially tried to grab a shot without my looming reflection and realised catching my reflection made for a much more interesting photo. It was fun playing with the reflections to create a mood rather than a basic “look at me” kind of selfie. 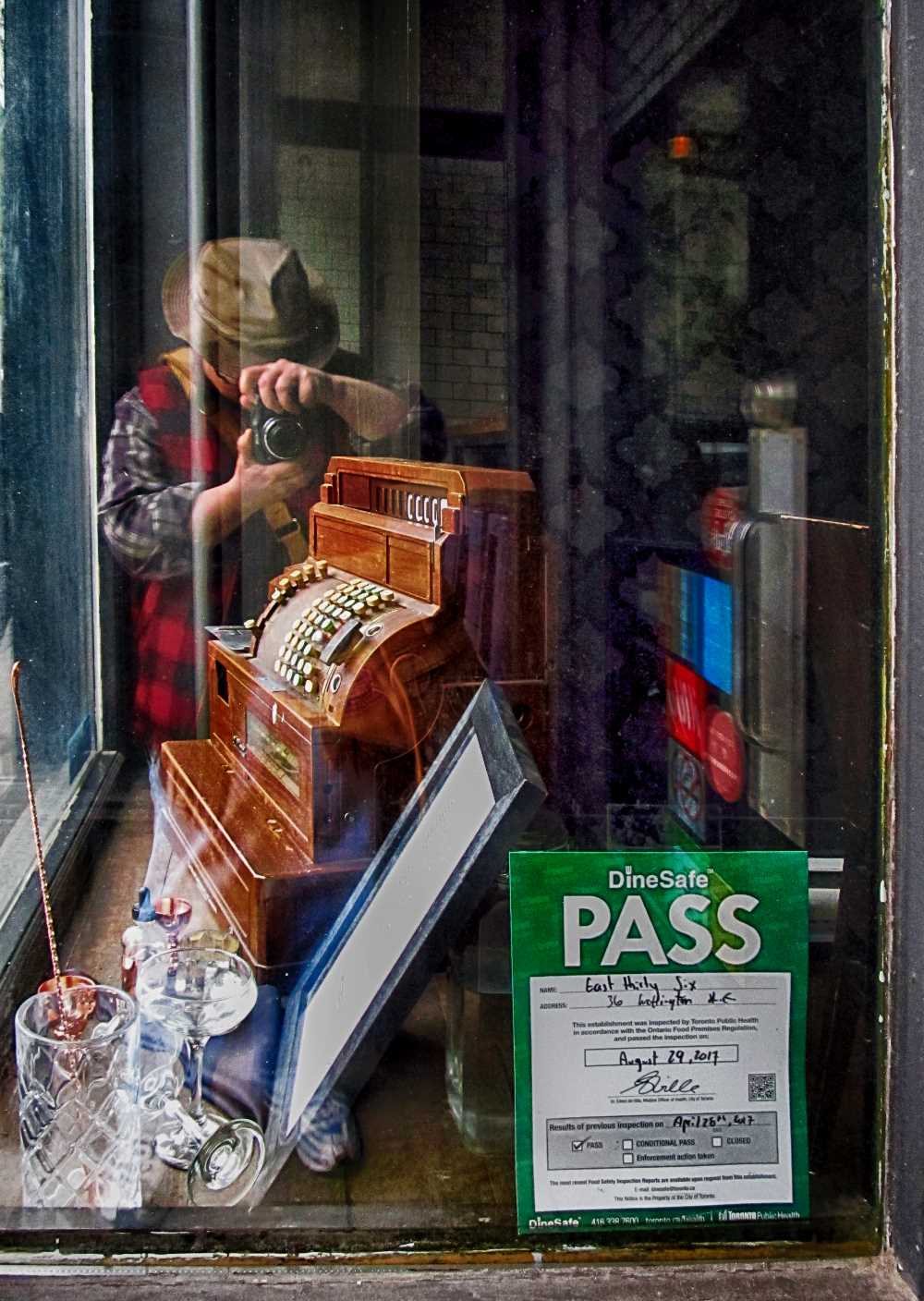 I did a little HDR wizardry (among a few other effects) in Photoshop to bump up the colours and create a hyper sharp image. I was surprised to see the glassware pop out the way it did. It created a cool effect.  I’ve finally learned a little adjustment goes a long way so the photos are looking a little less like amateur hour with Photoshop than when I started out.  It also helps that I’ve gotten better with the settings on the camera so the original images are cleaner to work with.

If you’re interested in seeing more photos stop by my Instagram/Twitter/FB account. I post slightly different extras on each but I toss a lot of photos on Instagram that don’t make the website cut so it’s a fun way of seeing what I’m working on throughout the week. 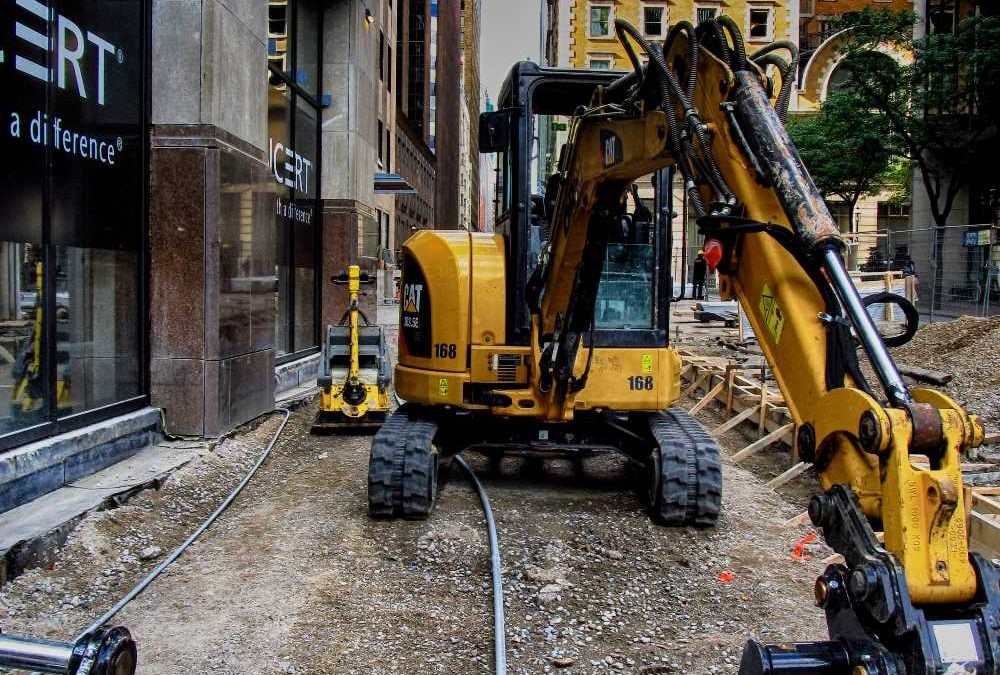 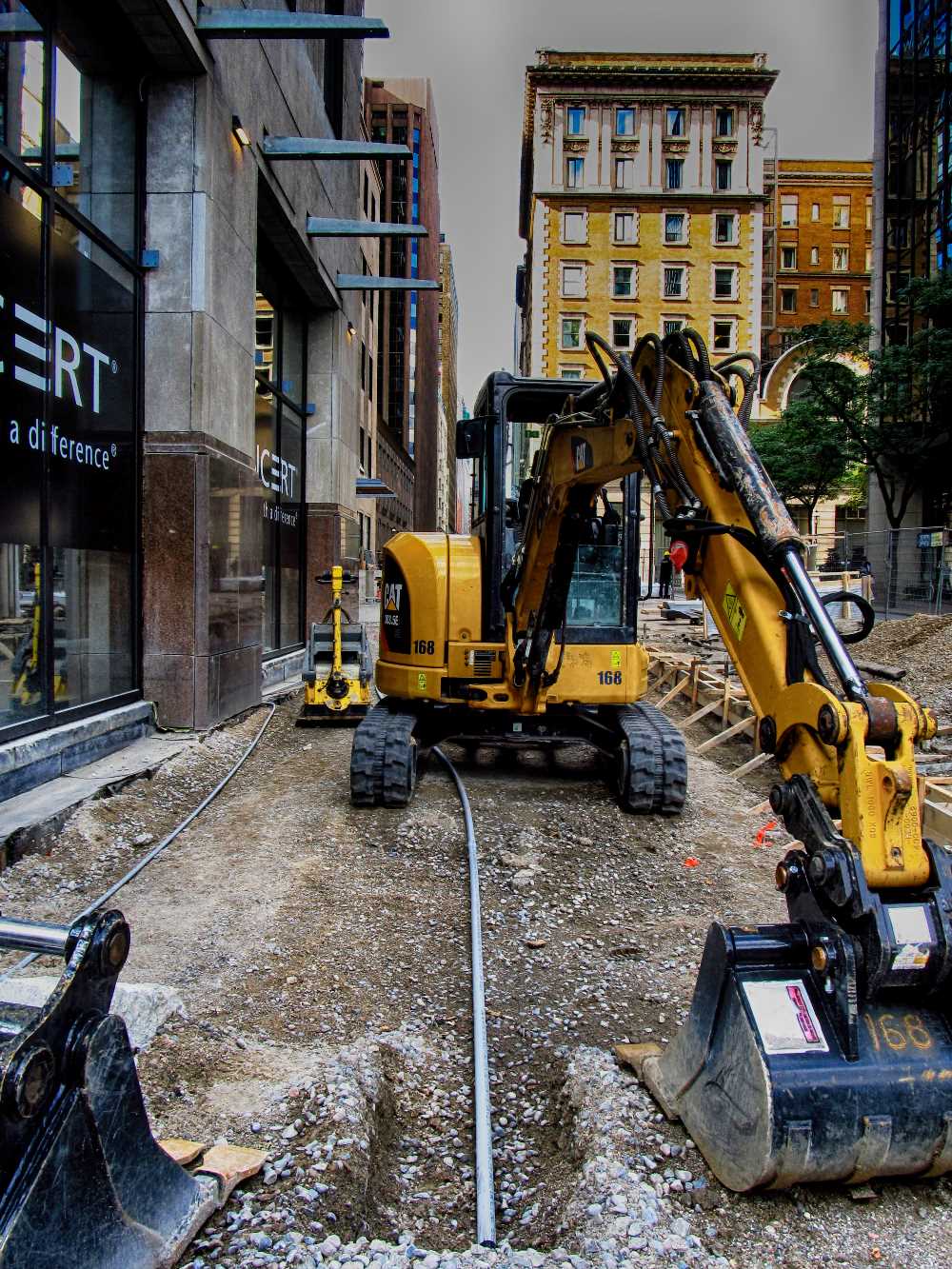