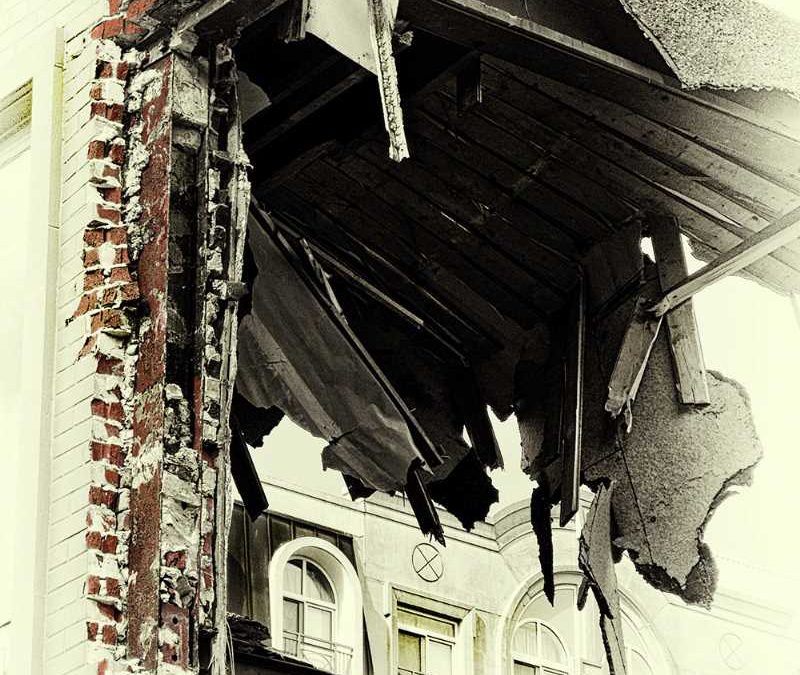 Amazing what you can find when you lurk around with a camera. Yes, I’ve been back at the CHUM building tear down. Too many opportunities to pass up. Anyway, earlier in the week, I was over at the site testing out apeture settings, f stops etc with the camera. I’ve never been particularily good (or interested) in poking around with the settings. I’ve been pretty much a point the camera and hope for the best kind of photographer until now. With the help of a couple decent websites greared to novice photographers, I’ve started experimenting.

I’ve also started looking at stretching the filters and special effects with Photoshop. The hardest part is to stop fussing and leave a shot alone. Here’s another I’m happy with: 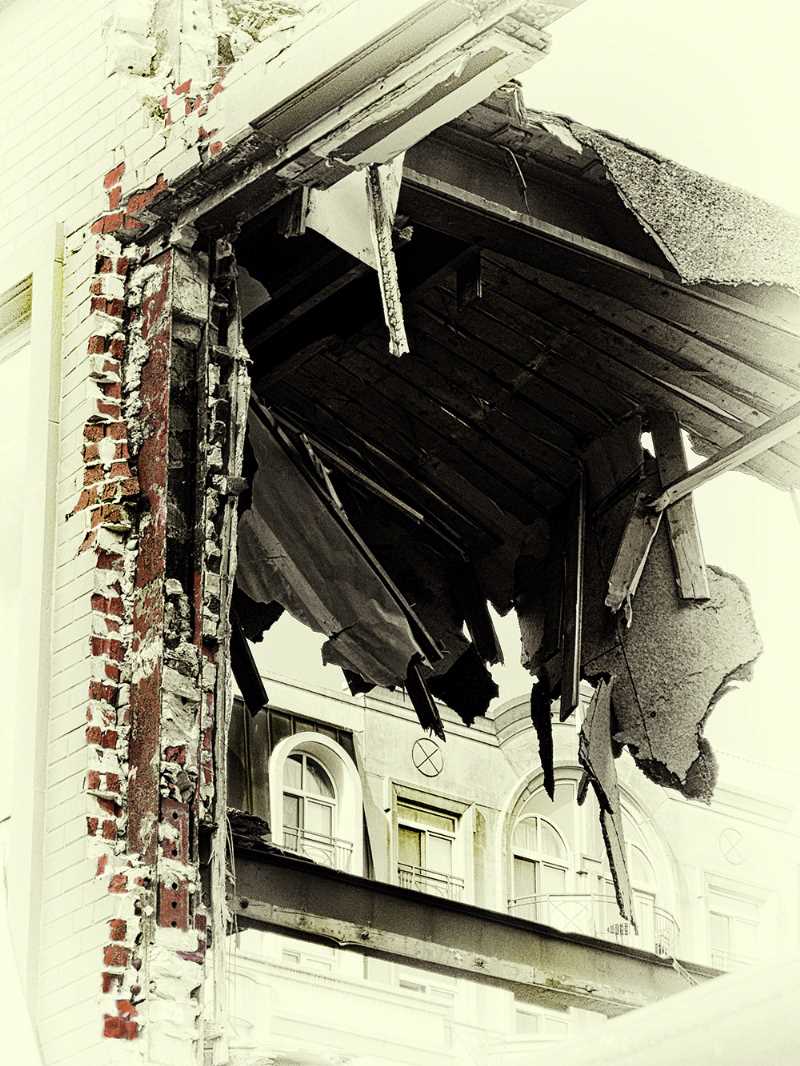 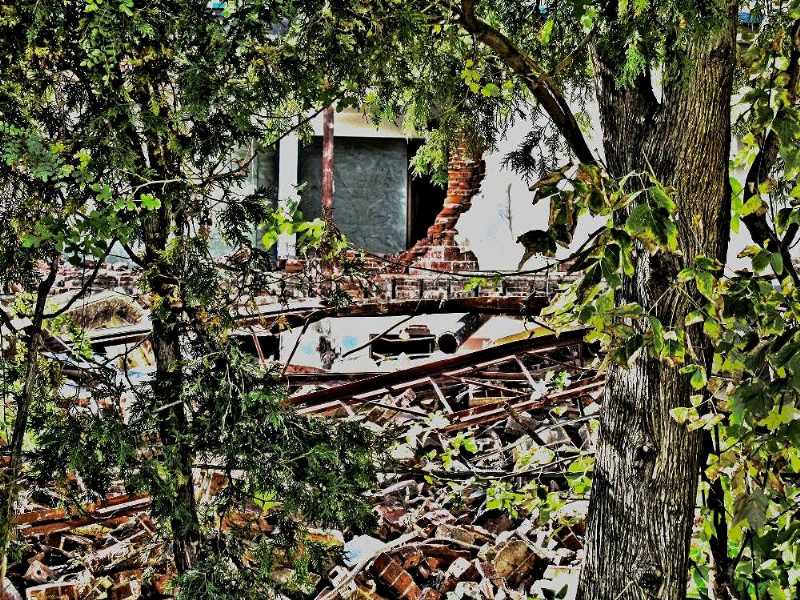 Digital art – Hole in the Wall

Been having fun with the new camera. The higher quality means I can really push the digital manipulation without fearing the photo will disintigrate into a mass of unviewable pixels. I wandered back across the road yesterday looking for more interesting photos of the building tear down. They had everything blocked off so I hoofed it around the lot looking for a spot. I found one on the backend, gates uncovered but a lot of tree coverage. I originally thought the view was ruined, but snagged a some anyway. When I got home I was surprised with a couple of them. I somehow managed to grab a spectacular shot that was ripe for HDR fun. I think I need to adjust the brightness on some of the leaves, but all in all, far better than anticipated:

Hole in the Wall – Toronto site of the former CHUM building on Jackes Ave.
Oct 6, 2016

The leaf and fir needle definition is wonderful. However sometimes it’s hard to know when to stop, so maybe I’ll just leave this as is. 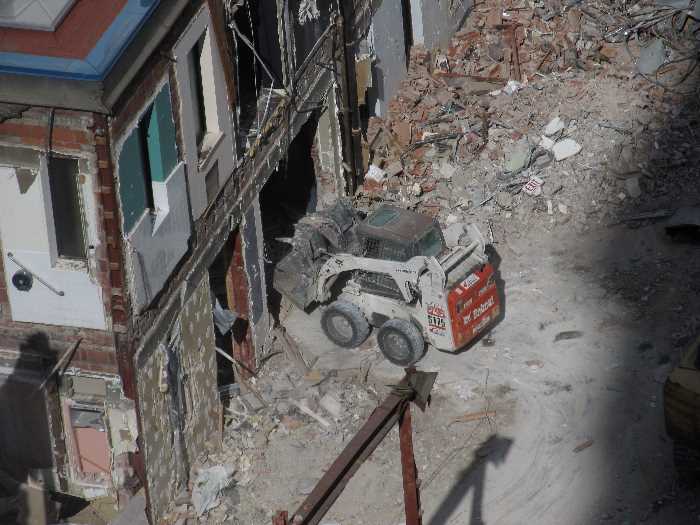 The damned bastards! Where was my wakeup call?

For a couple weeks now the building across the road has been in tear down mode. The old CHUM building (a hideous carbuncle of a building, if ever there was one) is being demolished to make way for yet another condo. But hey, I hated the building so I’m not weeping tears over it. However, that means a fair bit of noise is generated, starting at 7 am Monday to Friday and 9 am on Saturday.

Well … today they didn’t start until well after 9 am  The bastards! I’ve been using them as my morning alarm clock. What’s the world coming to when you can’t rely on the local demolition team to wake you up in a timely manner.  Tooling around in this little fellow all morning just doesn’t generate the noise needed to wake me up: 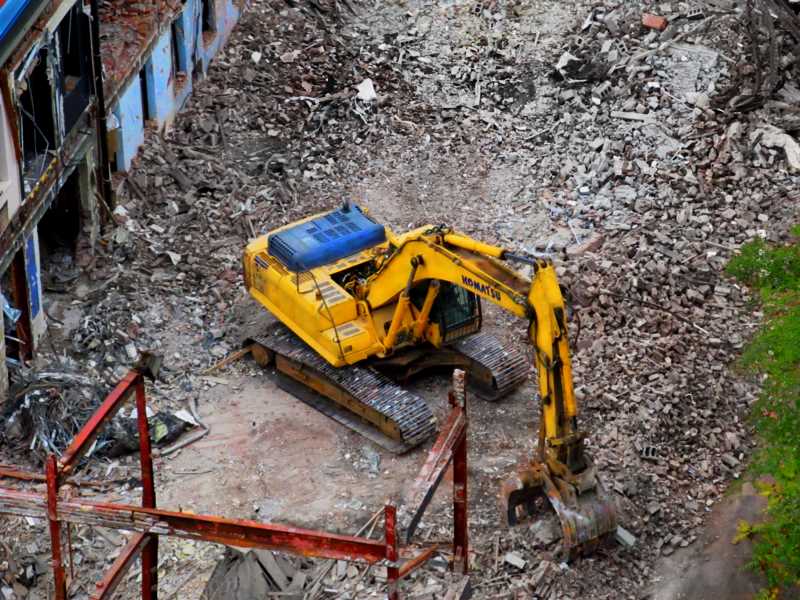 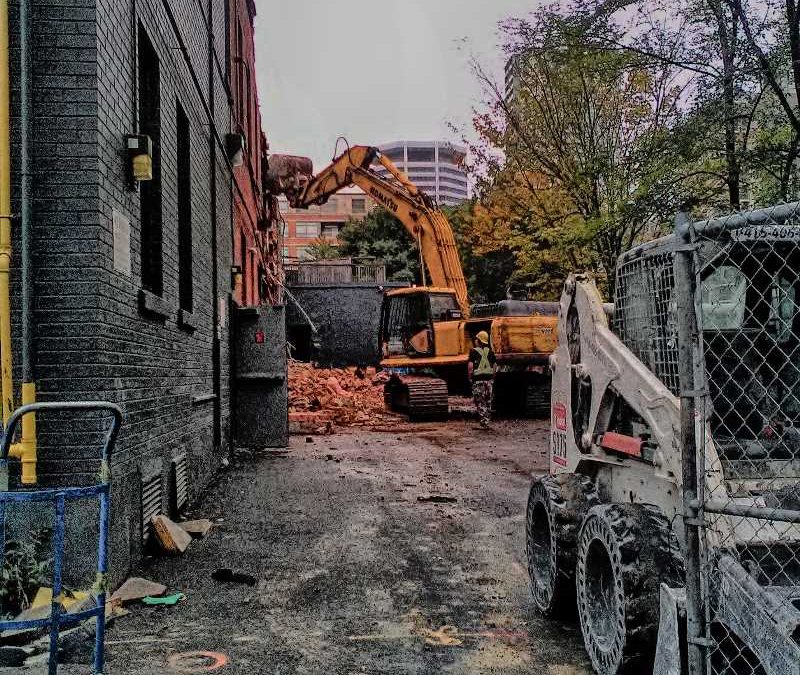 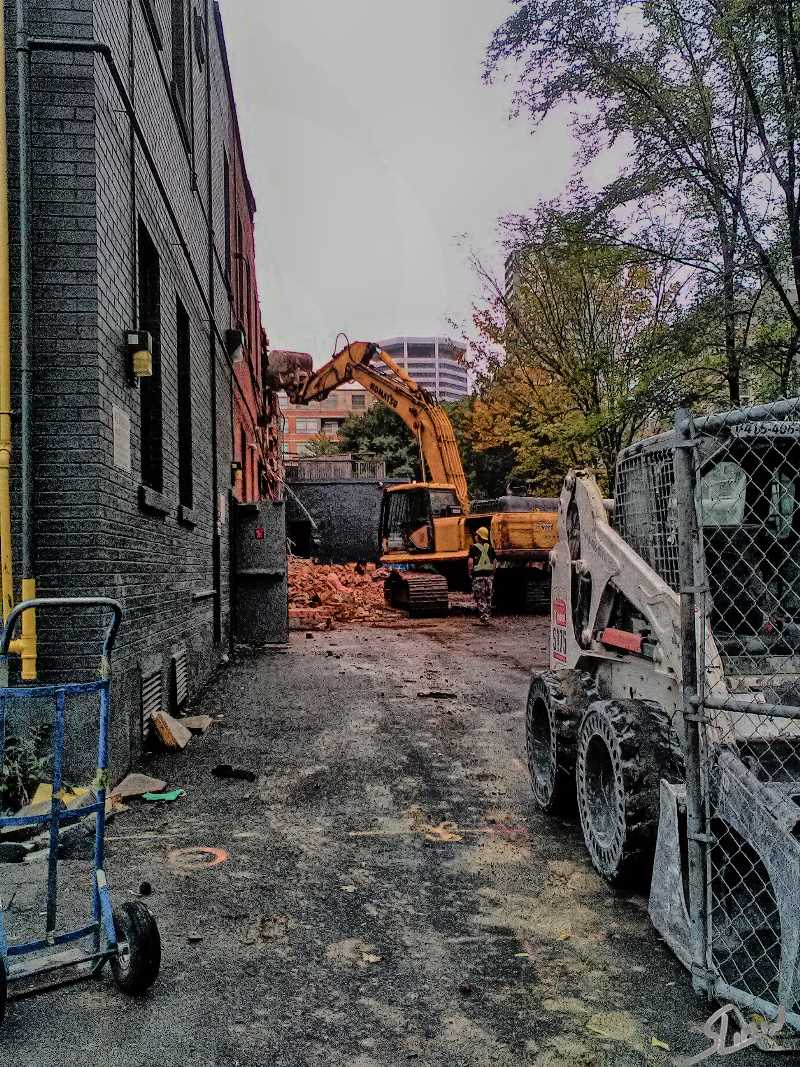