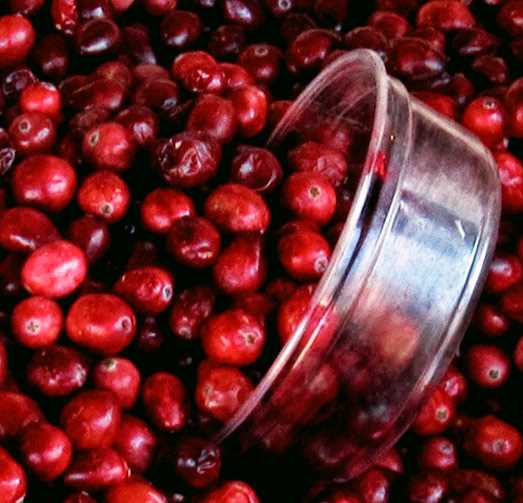 Holidays, cranberries & 1 patent to put ridges on the jelly

Holidays equal cranberries. And what holiday meal is complete without a feeding of freshly cooked cranberry sauce. In my family, cranberry sauce was home-made, starting with raw cranberries.  Put them on to boil, add some sugar and serve. Nothing is easier. I like to grate a bit of fresh ginger into the pot while the berries are coming to a boil to add a touch of zing. Ours was more a relish than a jelly, and tarter than canned varieties.

The cranberries harvested for commercial use are Vaccinium macrocarpon and native to North America. There are over 100 varieties within the Vaccinium family alone. It has an impressive international pedigree:

North American cranberries have cousins in Europe. Vaccinium vitis-idaea is known as the preisselberre in Germany, the lingonberry in Sweden, the cowberry in England and also partridge berry, foxberry, upland cranberry, rock cranberry and mountain cranberry.
Cranberry Facts from Muskoka Lakes Farm and Winery.

My earliest memories came from learning how to cook with my Mom. We made everything from scratch because it was cheaper. We’d look in the cupboard and decide what to make based on what was there. Often, we would page through Mom’s cookbook seeing if there was something new, we could do with the same old ingredients.

I remember learning to make cranberry sauce. I was measuring out the sugar and Mom stopped me. I said that’s what the recipe calls for. She looked over the rim of her glasses and said, “you never use the amount listed”. She plopped the cranberries into water, brought it to a boil and we waited for the “pop, pop, pop” sound. Once the cranberries started to shed their skins, Mom would decide if more water was needed.  Once all the cranberries were de-skinned, sugar was added, slowly. A little at a time and left to simmer. Taste and decide if more sugar was needed. Repeat if needed. Over the years, I began to add diced up tangerines and a bit of ginger to the mixture. Mom was horrified when she discovered my adulteration. She was a cranberry purist. But ginger cranberry sauce is great on toast in the morning.

Cranberries don’t come with ridges in the wild 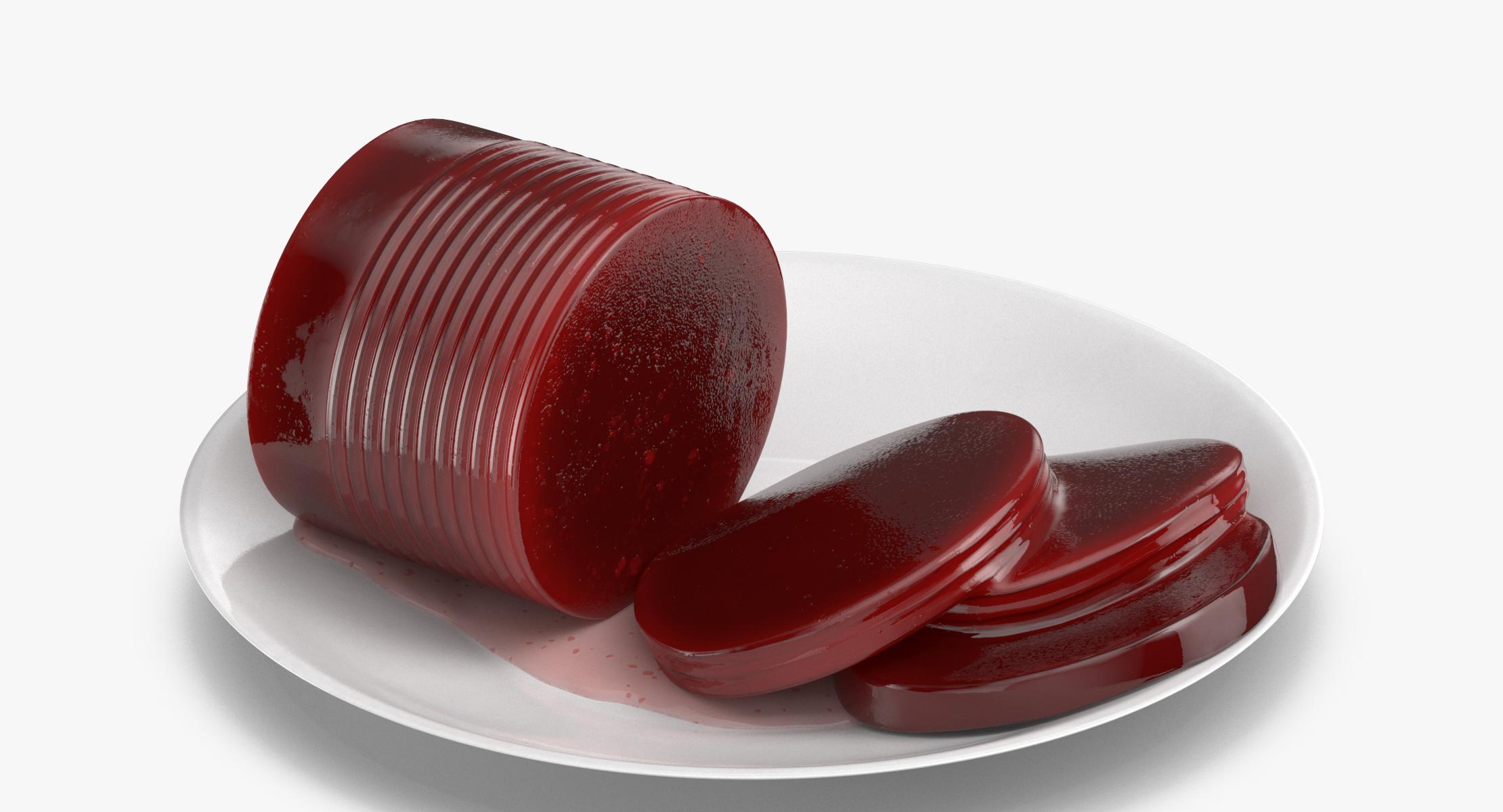 I have a friend who thinks it’s not cranberry sauce if he can’t see the ridges left from the can. Believe it or not, there’s a patent for those ridges. Ok, I’m lying, not the ridges, but the whole canned jellied cranberry stuff, seeds, and all.

The original patent was filed Dec. 27, 1960, and granted July 28, 1964 on behalf of Ocean Spray, the ubiquitous giant of red berry products. Earlier canned cranberry jellies were pressed through a sieve to remove the seeds and skins. According to Ocean Spray, this step meant a loss of 10% of the raw cranberry product. If you are in the business of food production, this is a substantial waste.

Ocean Spray’s new process starts with turning whole cranberries (fresh or frozen) into a puree and then cooked with sugar. The crushed cranberries were required to pass through a sieve 0.027 inch in diameter. That ensured a uniform puree. If you’re mashing the canned cranberries around your plate this year, look at the size of the seeds and that will give you an idea of how fine the mesh is. According to the patent, if pieces were larger than .027″, the puree won’t create the “desirable smooth gel-like texture”.

Next was the cooking process. The mashed-up puree would pass along to be mixed with sugar and water, both balanced to form a smooth gel once cooled. Then off to the cooking stage. The mixture was to be heated from between 180 to 218 F for up to 10 min. This process cooked the berries into a gel and effectively sterilized them. The cooked cranberries would be poured into cans or jars and vacuumed sealed while still hot.

And this is why there are ridges on your canned cranberries. It’s the cans Ocean Spray opted to use. The cans act as a mould, and as the cranberry jelly cooled, it forms into the shape of the can, ridges, and all. Thus, was born a weird tradition – slabs of cranberries complete with can shapes. I suspect, if Ocean Spray changed the shape of their cans to a non-ridged type, there might be a mutiny in Cranberry Land.

It’s not all one cranberry recipe fits all

The interesting part of this patent was the different types of cranberries. If you’ve cooked your own sauce, you know you must be careful with the amount of water and sugar used or you end up with sweet, cranberry soup instead of sauce. Mom’s adage was “start off with a minimal amount of water and add some later if needed”.

The above description and examples show that, by the process of this invention, a new jellied cranberry sauce may be made from the whole cranberry. All of the cranberry is used and the time and labor required to make a finished product are materially decreased.
pg. 3 Patent #3,142,577 PROCESS FOR FORMING A JELLIED CRANBERRY SAUCE

So many have grown up expecting ridges on their cranberries that a cottage industry has sprung up telling people how to make their own cranberry jelly complete with the can indents. Here’s one if you want to try it.

I don’t have anything against canned cranberries. They’re a bit sweeter than I like but I prefer cooking my own. I get a nostalgic rush thinking of days rooting through the cookbook with Mom and learning how to use various ingredients. Up until her death this year, we still spent time together in the kitchen. We would chat and laugh when putting together something new, just like when I was a child. One of my enduring memories is hearing Mom sing while crashing pots and pans about. Christmas won’t be the same this year without the smells of something roasting in the oven, the banging of pots and “Silver Bells” being sung off key. I was still learning from her until the end. Thanks, Mom, for the skills and the memories.

Did you enjoy this article?

Check out the patent for frozen cranberries found in TV dinners. I had fun writing this one a few years ago.

Ponder the TV dinner cranberry sauce – yes, there is a patent for that. 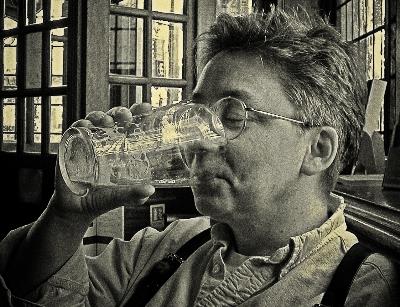 Mom as a child with her pet chicken Brownie

Grief is a funny thing. One moment you’re doing fine, getting on with life and the next moment a memory flits across the horizon and you’re emotionally sandbagged.

I have a lifetime of memories that keep tumbling out at odd moments. Sitting on the subway and a laugh reminds me of a conversation with Mom or standing in the kitchen makes me remember the last time we cooked a meal together. We had a lot of laughs over the years . Lately, those moments have been popping up all over the place. They are … bittersweet. We’ll have no more moments of unbridled laughter at the silliest things. So many of those memories are tied up in events or jokes only mom understood. I’m holding each memory tightly.

I still have her YouTube account with all her favourite music.  I scroll through the lists occasionally, smiling at some of the memories. Music played all the time in our apartment. Christmas songs in July, opera singers during breakfast, Joan Baez over tea, old musicals in the wee hours of the morning, it was like she had a theme track running along with her life. That’s what bothered me the most when she died. The silence.

After her first operation, mom’s diet restrictions meant her food choices were limited and repetitious. To tweak her appetite, we explored different ingredients, things she never tried. She became quite adventurous during the last years.

Her favourite meal was soup. Good old-fashioned soup. She could eat it every day. I used to make little pots of it for her when she wasn’t feeling well. I enjoyed cooking for her. She was an appreciative audience. After a lifetime of cooking for everyone else, she liked the feeling of sitting around reading while someone else made dinner.

Mom always thought a noodle was a noodle. She didn’t grow up with the variety we have now. When I made her Ramen soup for the first time, it was a revelation. She was hooked on ramen noodles. Oh my, she ate a lot of it. Couldn’t seem to get enough. I taught her how to make it so she could have a fresh bowl whenever she wanted. It became her go-to quick meal.

One late night last year, around 2 am, I woke to the sounds of yodelling. I’d often hear her music in the night or hear her rustling around in the kitchen. It was like living with a little mouse at times. This night the music was a little louder than usual. I got out of bed to ask if she could nudge the sound down. I found her in the kitchen, making soup.

I stood in the door watching for a few moments. Slim Whitman was crying about lost loves, horses and I haven’t a clue what else. And mom, all 4’10″ of her, dressed in an oversized Tony the Tiger t-shirt and green plaid track pants, her grey hair standing up like Tin Tin’s, yodelling along.  Oh yea, yodelling and chopping carrots for the ramen soup simmering on the stove.

She was so happy at that moment. She turned and saw me, blushed a bit, and asked if she woke me. I said no, no. I was just getting up to get a glass of water. Just wondered what you were doing. Turns out, she had been playing Farmville 2 and became hungry. Of course, that meant another pot of soup. Those noodles were like crack.

I didn’t have the heart to ask her to turn the music down. I just shrugged and said it’s all cool and went back to bed.

Another stage of grief

I wish I could have more moments like that. Nights of her singing to herself and making soup; Farmville and Tony-the-Tiger shirts; Tin-Tin hair and yodelling cowboys. I miss every minute of it. I grieve over the reality there will be no more memories to make together. I’ll have to cling to the ones I have.

If you’re dealing with grief, whether over someone who has died or the dramatic changes that have occurred during the past years, check this site out for a bit of moral support.