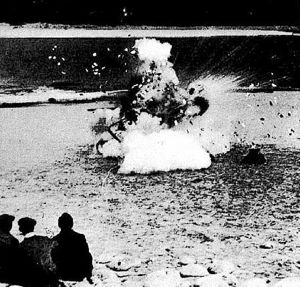 Over the years, attempts at using new technology to deliver messages has been tried. There’s nothing new about co-opting technology to improve the speed and efficiency of communications. Mail is no different. Everything from pigeon post, pneumatic tubes, rockets and cats have been tried.  Early attempts at rocket mail were conducted by Germans Reinhold Tilingand Gerhard Zucker in the late 1920s and early 30s, with mixed success. There’s something awe inspiring about the thought of tucking thousands of letter into a missile packed with explosives and booming them across the air. Tiling had some success, but died in ’33 after an explosion in his lab, leaving Zucker as the pre-eminent European engineer advocating the use of rocket.

The one that cracks me up every time is the Hebridean rocket launch. Zucker moved to the UK sometime around 1933 or 34 and tried to convince the Royal Mail that rockets were the future of delivery. A number of demonstrations were held, including one in Sussex. The most memorable attempt took place in the Hebrides, west Scotland. 1,200 letters were packed into a rocket with the intent of sending them across the islands of Harris and Scarp. The first attempt failed, so the letters were scooped up (those that survived), packed into a second rocket and re-launched.

The photo on the left was taken during one of the attempts. Look closely and you’ll see envelopes scattering to the winds. Incinerating the letters wasn’t the intent, but that seemed to have been the end result. Every once in awhile, one of the surviving letters pops up at auction, but they are way out of my limited budget. This was the end of Gerhard’s rocket experiments in the UK and he was deported from the island back to Germany.

I love the sense of exploration and ingenuity behind the attempts. The people involved weren’t crackpots – they were pioneers, brilliant men looking to push the boundaries. Rockets were new and exciting. It made sense to explore their use. In this day of instant communication, it’s easy to dismiss how exciting it must have been to receive an airmail or Paquebot letter. Reaching out to your friends and family hasn’t always so instantaneous.

As far as I’m concerned, India ranks right up there as one of the best designers of airmail stamps. Here’s a modern stamp – issued to celebrate 100 years of airmail delivery. 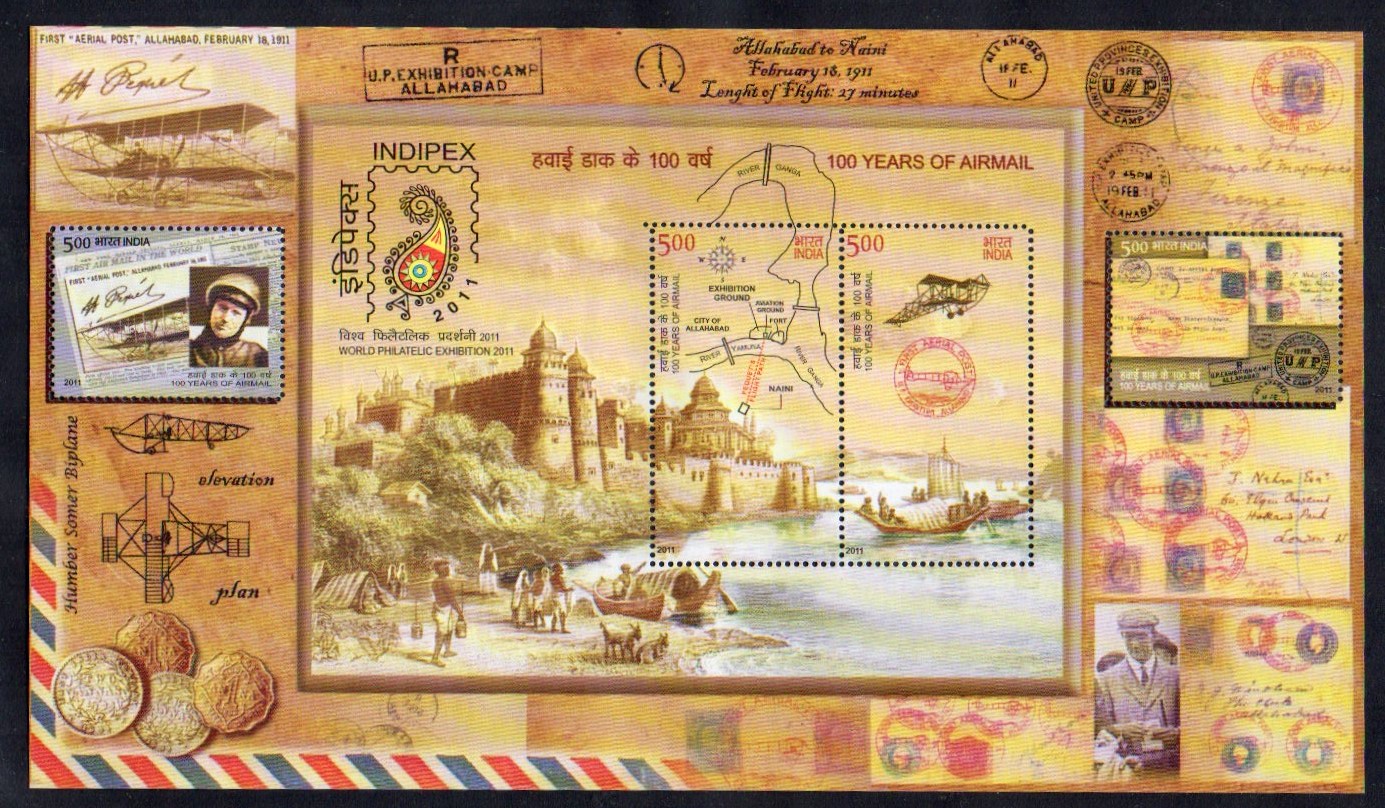 One of my favourite airmail sheets

But the gentleman to the right, Stephen Smith, was a true pioneer. Rocket mail was experimented with all over the world, but my personal favourite was India. Stephen Hector Taylor-Smith, the father of Aerophilately in India, was an enthusiastic supporter of rocket mail, conducting somewhere around 80 experimental mail flights around the sub continent. He launched over 250 rocket experiments as well. He sent letters, parcels, livestock (both hen and rooster survived, no word on whether the hen ever laid eggs again) to areas under served. From 1934-1944, Smith, with active encouragement of Indian officials, pushed the use of rockets. Although they never proved to be as cost effective and reliable as hoped, they did usher in some spectacular unofficial stamps.

This particular stamp  was never used, but the flight took place 1935 (June 29) over the Damoodar River, which flows between West Bengal and Jharkhand. The rocket was used to fire mail from ship to shore during the night, hence the wicked little bats in the corner. It was issued 1934 for the Sagar ISLAND in the Bay of Bengal firing.

This next stamp was used to ship livestock across a river. It’s an unused one, I’m not lucky enough to have a used live stock stamp. Too bad, that would be a real gem. 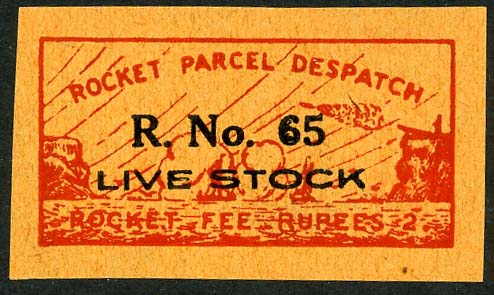 R no 65 livestock flight – did the chicken make it?

Another flight took place in Sikkhim in 1935 for the Sikkim Durbar Rocket Experiments. This one has an overprint, so it’s easy to distinguish it from the first flight with the same design. The earlier stamps are much harder to find, with most being destroyed after the flight. No idea which flight this was intended for, a couple were planned and it’s pretty much impossible to tell unless they are on an envelope and duly cancelled. 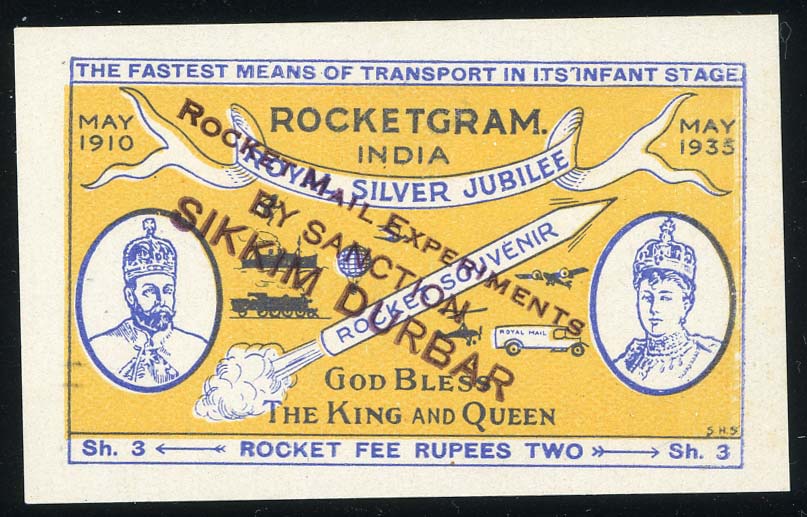 I have more Indian Rocket mail, which I’ll post sometime in the future. In the meantime, keep your eyes peeled for them. They often come with a moderately expensive price tag, but once in a blue moon, you can find one stuck in an old collection of Cinderella, unrecognised and unloved.