Finally! One of my balcony roses

I finally snagged a good photo of the rose bush growing on my balcony:

My rose bush has come along beautifully this summer. It’s popping blooms all over. Really, really pleased with it. I’m going to wrap it up in burlap this winter and tuck it into a corner of the balcony. Maybe it might survive.

No idea why it’s such a hard rose to get a photo of. Almost all the ones I’ve taken have been are all over saturated. But, victory at last.

Some of the lettuce has done something very odd. The lacy lettuce is wonderful, sweet and tender. But the head lettuce kind of mutated. I think it believes it’s a climbing ivy. I’ve cut them all down and hoping to start over. But it just wants to grow up. At least the potato is behaving. The fact it’s growing so rapidly (and at all, for that matter) is a complete surprise. I figured it would slowly rot in the planter, but it’s tripled in size over the past 2 weeks. Not sure if I should get excited but … we might actually end up with a new potato. Anyone know how many potatoes each plant produces? Or when you know it’s ready to pull? I’ll have to look that up.

Oh and our tomatoes plants are slowly starting to show itty bitty little tomatoes. They aren’t the biggest plants around, but hopefully we’ll get enough to make me happy. I’ll have to investigate how to make them bigger and bushier for next year.

It’s been popping up roses like crazy. Initially I thought we’d have 3 maybe 4 roses, but it went into overdrive and it’s covered in little buds. It’s also quite large. Not bad for a little store bought rose. I’ll take more photos on the weekend and post them. The nasturtiums are looking mighty magnificent, but I wanted to wait until the next crop of flowers appeared, that should be this weekend. Until then… later.

One perfect shot – a rose in bloom

Once in awhile I snag a shot that is perfect: 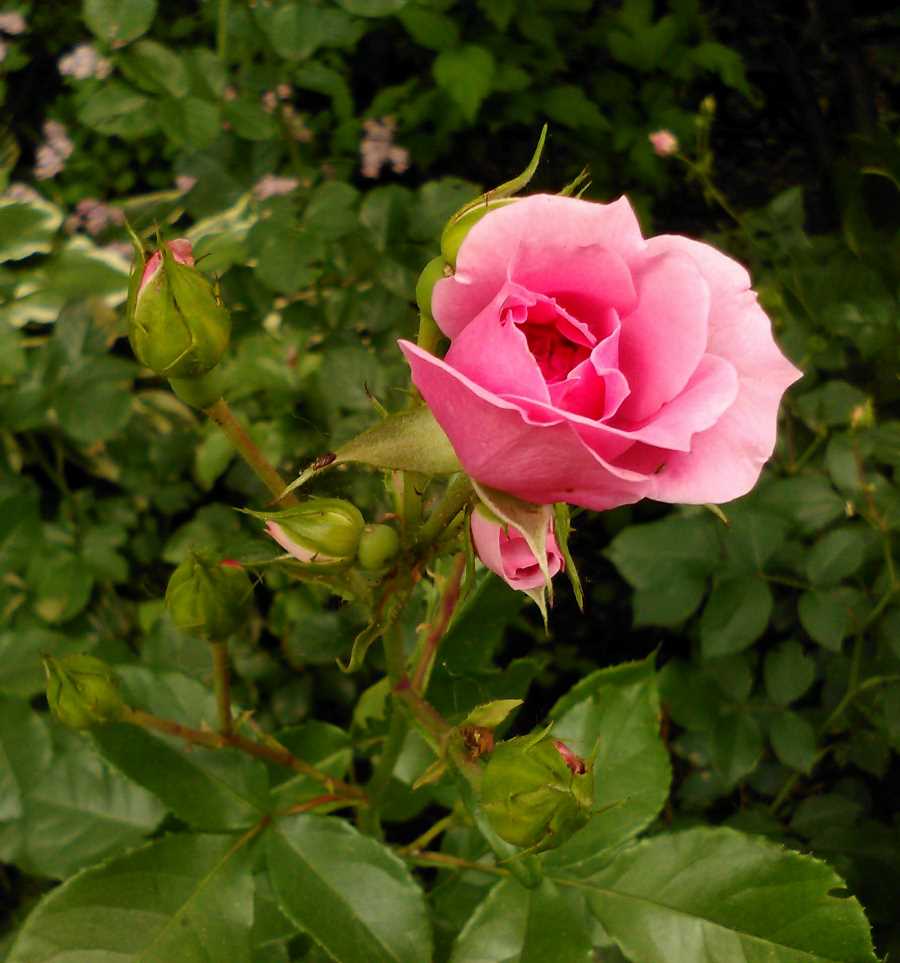 Nothing more needs to be said, just enjoy.