I didn’t use the camera much this winter. I hate wandering around in the cold. But, there’s a hint of spring in the air and it’s time to start thinking of photographic expeditions into the wilds of Toronto. To prepare, I meandered through  some of last year’s work. I’m fussing a lot over the quality, trying to figure out how to improve the sharpness and clarity. In the meantime, here’s one of my favourites from last year.

Bauhaus has the best signage in Toronto

This has to be the best store signs in the city – Bauhaus – fine windows and doors. If you’re strolling along Avenue Rd, and Davenport, check it out.

What is this animal? Dragon? Dog? Rodent?

The animal is a bit of a mystery. At first I thought it was a dog, but then maybe a cat? But not with that tail. So I’ve settled on a dragon-cat mutant. I stood back quite a bit to take these photos and am pleased with the level of detail that popped on the carving. I worked hard with the various settings until I could see all the fine details and sharp shadowing. One of the successes!

I’m looking forward to this year. There will be more architecture, signage and hopefully flowers as well. The old tripod is ready to go, camera cleaned and polished. Come on spring.

Well this is ominous

Does this mean I should cancel my plans for the weekend? 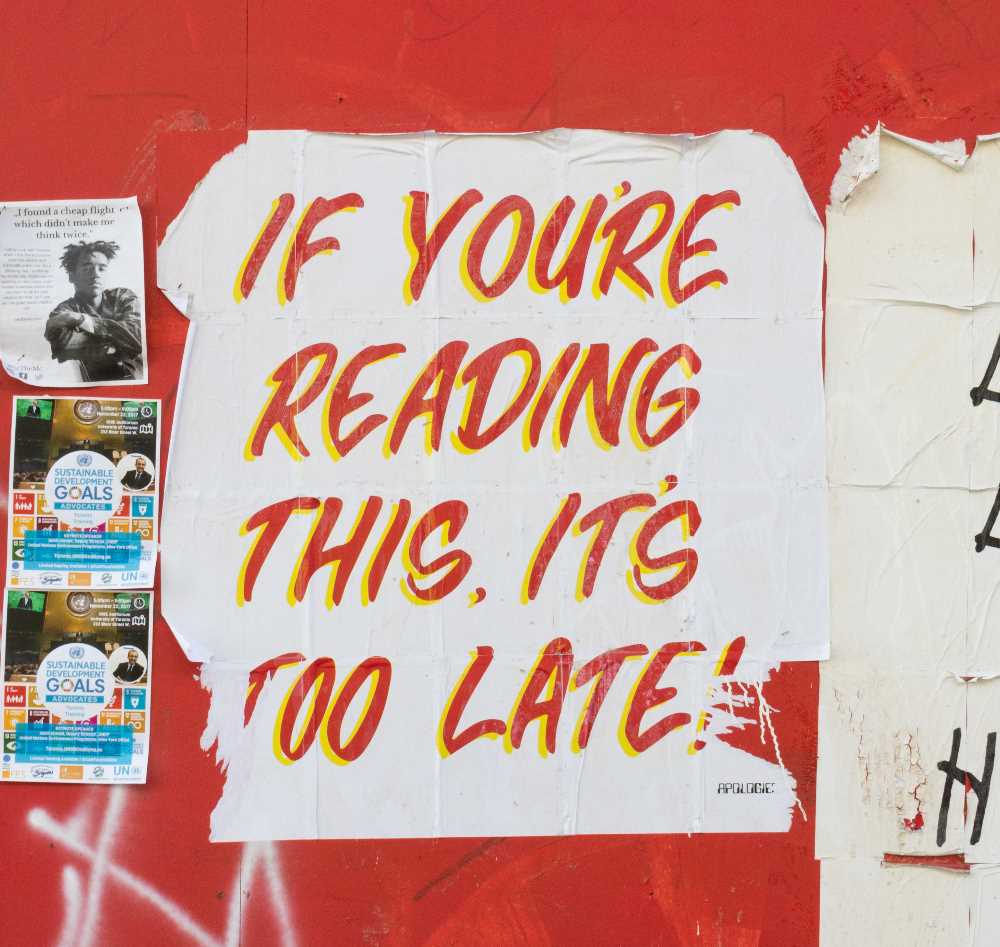 This Post-it has been stuck to my desk for months:

The first part is easy – it’s a site I wanted to look up. Not a clue what the epiphany moment was. I remember thinking “THAT’S BRILLIANT” (with multiple exclamation points required) and then the second thought was a fatal “Oh I’ll remember this”. I keep it on my desk in the vain hope I’ll actually remember what the earth shattering idea was. It’s really bugging the shit out of me. I’m at that awkward age where I keep pretending my memory is as elastic as it was at 18. If it was, I wouldn’t have 6 notepads half started with scribbled little notes. And yes, I do have 6 notepads on the go. I keep leaving them all over the city and have to start a new one when I can’t find the old one. When I retrieve the misplaced notepad, usually a friend or customer sends me a note about it, I put it in the pile until it’s rotation comes back up.

Was I going to change the world? Would it lead to enlightenment? Or maybe it was the perfect espresso ratio? Whatever it was, it’s lost for ever.

Remember the last article about the sign in need of proofing? This sign stirs up a few questions as well: 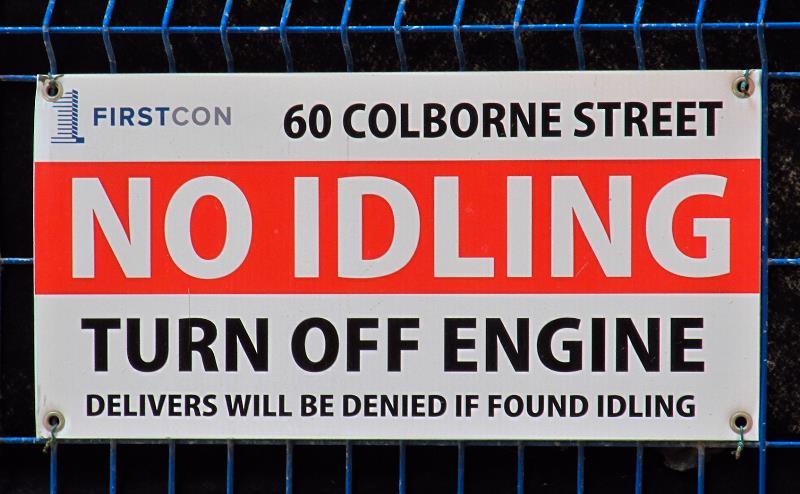 Each time I walk by it, I begin to itch. I get this overwhelming urge whip out a black marker and add the missing IE. It’s such a tiny omision but it drives me nuts. I also want to stand in front of the sign and shout out in my best Ian McKellen voice “IDLERS SHALL NOT PASS”, but somehow I don’t think anyone would get the joke.

For want of a good proofreader – layout tunnel vision

We’ve all seen posters/signs that make us shake our head and mutter “whoa, what were they thinking”.  It’s usually an amusing typo or a grammatical error that raises our eyebrows. Occasionally it’s the layout that causes us to stop in our tracks and ask “wait, what?” We all lay clangers and, sometimes, we don’t spot them for months. It’s not easy catching your own mistakes, which is why a ruthless proofreader is worth their weight in dark chocolate.

A sign making the rounds on the Internet lately that had me blinking a few times in a bit of disbelief. 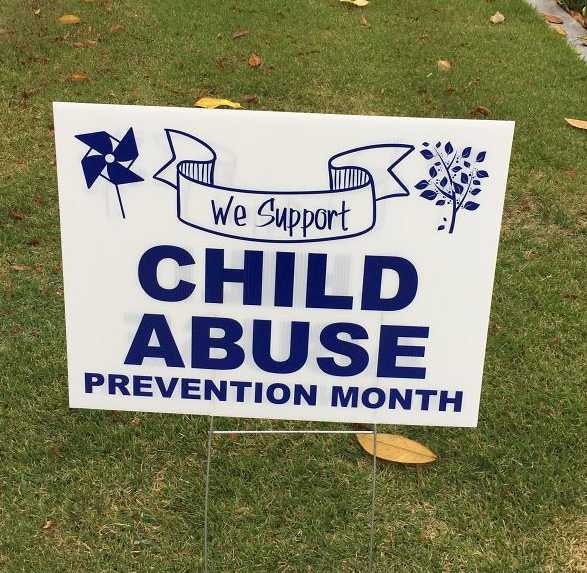 Proofing isn’t just about catching typos and grammatical errors. It’s also layout and how the product flows. And oh boy, a fresh set of eyes would have caught this before $ were spent.

I’ve made a couple things that looked ok on the monitor but when printed, it became obvious the layout altered the message. I find it endlessly fascinating the difference between design for a monitor or small screen and print. What works for an iPhone may not translate well to a large poster and vice versa. The above sign drives home how tricky even a basic sign can be. Our eyes follow natural paths that can have unintentional consequenses. A bad case of designer tunnel vision can blur the message. Everyone involved in the poster design knew what the message was, but didn’t stop to see it through new eyes. Lots of words to incorporate, really want to stress the primary message and not seeing how the words flow.  “We Support” is great – nice use of a friendly font that draws the eye to it. Then the mistake occurs. The focus is on child abuse not prevention. Such an easy mistake to make. Shrinking “child abuse” would have solved the problem. Increase size of “prevention” so it fills the sign, bumping month below to match the other 5 letter words would have created an interesting flow that would have emphasised prevention, which is kind of the point.

I have a folder with signs and posters that should have worked but didn’t for a variety of reasons. I keep them as a teaching tool for myself. I filter through them trying to figure out how a small change would have made a difference. I also have a folder holding what I think are spectacular examples of beautiful layout. I spend quite a bit of time looking at them, trying to figure out what makes them so successful. I have a thing for professional designers. Their work can have a profound impact on how we see the world around us – signs on buildings, posters, movies titles, magazines and books but we’re oblivious to the person(s) who created the work. Most of us flatter ourselves we can whip up a poster in no time because hey we have the software and a computer. But good design is so much more than knowing how to use the software. It’s an eye and feel for the work. It’s knowing how to communicate with an audience. Good design also means good proofreading. You can’t have the first without the second.