Spring is in the air for stamp collectors, courtesy of Canada Post’s gardenia stamp.

Maybe, but not today. To help break up the winter doldrums and usher in Valentine’s Day, Canada Post is offering a pair of gardenia stamps.

You can pick them up in many formats, as expected – rolls, FDC, souvenir sheet, singles, strips of four and ten and booklets.

They go on sale Valentine’s Day across Canada. If your local post outlet doesn’t have them, you can purchase direct from Canada Post’s online store.

Alright, I cheated, I went out onto the balcony and snagged some shots without putting on shoes.  We’ve been growing a lilac tree for a couple of years now, and it’s beginning to shine.  We thought we’d lost it two years ago. And again, last year it looked sad and forlorn after we moved. But it survived the extreme cold, benign neglect, and a move. During the summer, it shot up and produced a lot of greenery. It has proven to be quite popular with the local sparrow community that flitters about our balcony. We were concerned they may be eyeing it for nesting at one point. Luckily, they opted for a less traveled location.  This spring, it’s honoured us with a bumper crop of purple.  It loves the corner we plopped it in. Here’s the first photo:

Too bad there isn’t scratch and sniff internet.  The scent is intense this year. Can’t get enough of it.

I leaned over the balcony and debated about getting dressed and actually going out, but nah – it’s the long weekend. Another espresso prop my feet up and say screw it. I’m not budging for the rest of the day. I can look out my window and admire the birds and the blossoms without putting on shoes.

We still have a long way to go when it comes to shaking off the winter doldrums. I have to admit, I kind of like this last photo. The framing worked out better than expected. I didn’t even see the women walking in the background, I was so fixated on trying to focus on the branches. As it turns out, a lucky shot. The women blurred in the background turned the photo into something far more interesting.

From about a week ago, before the great inundation last week. Looks like lots of nice weather coming up. Hopefully things will dry out a bit and I’ll be able to get out with the camera a bit more.

Spring blossoms in Toronto. The colours oh my!

A few warm days and suddenly Toronto looks like a new city. Blossoms popping up all over.  Photo taken Apr 28 2017 at gates to Mount Pleasant Cemetery. 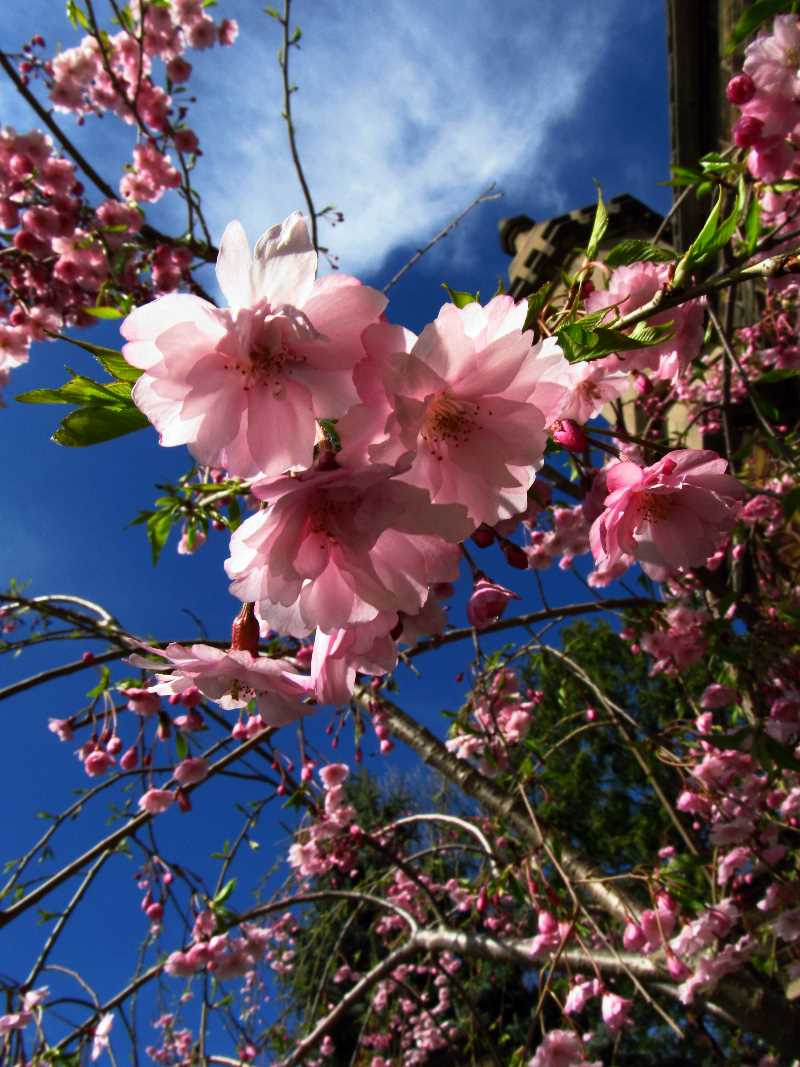