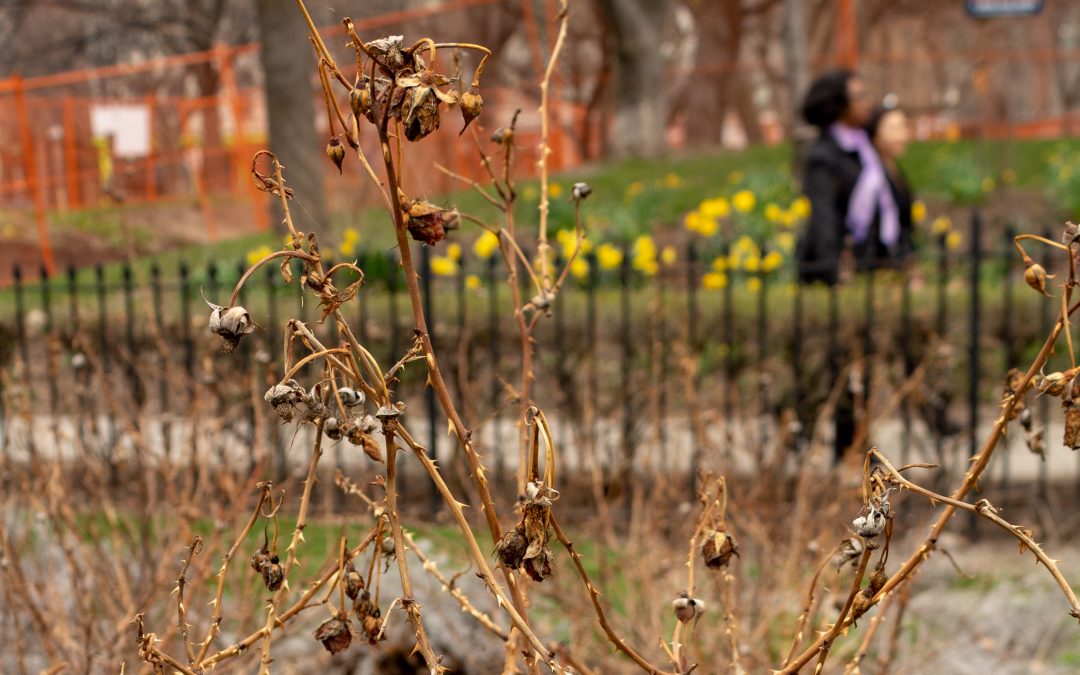 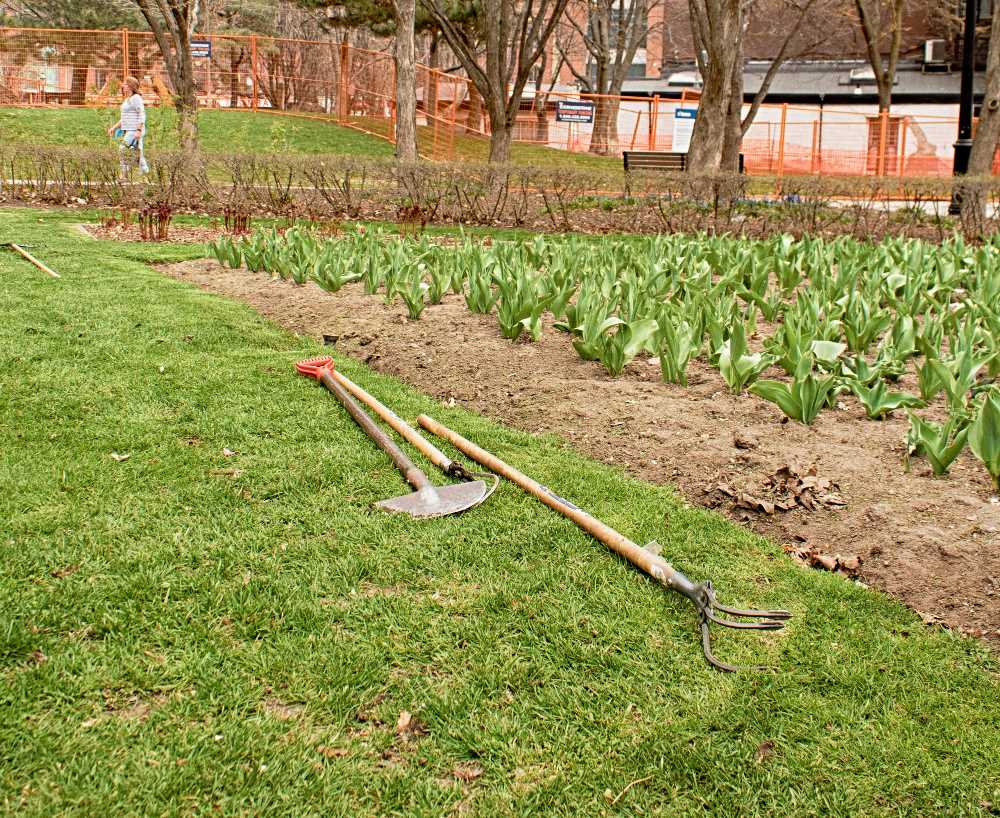 We still have a long way to go when it comes to shaking off the winter doldrums. I have to admit, I kind of like this last photo. The framing worked out better than expected. I didn’t even see the women walking in the background, I was so fixated on trying to focus on the branches. As it turns out, a lucky shot. The women, blurred in the background turned the photo into something far more interesting. 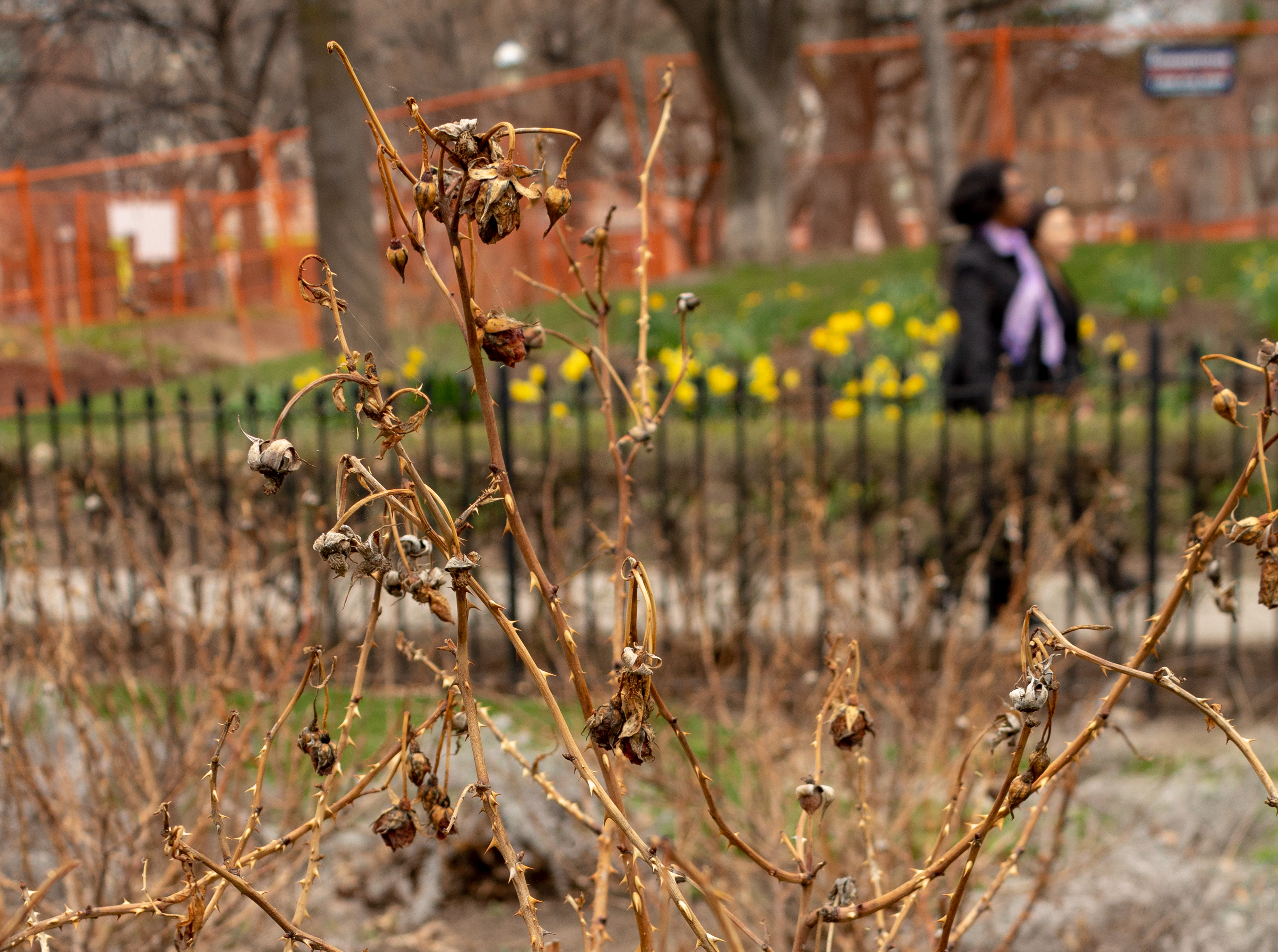