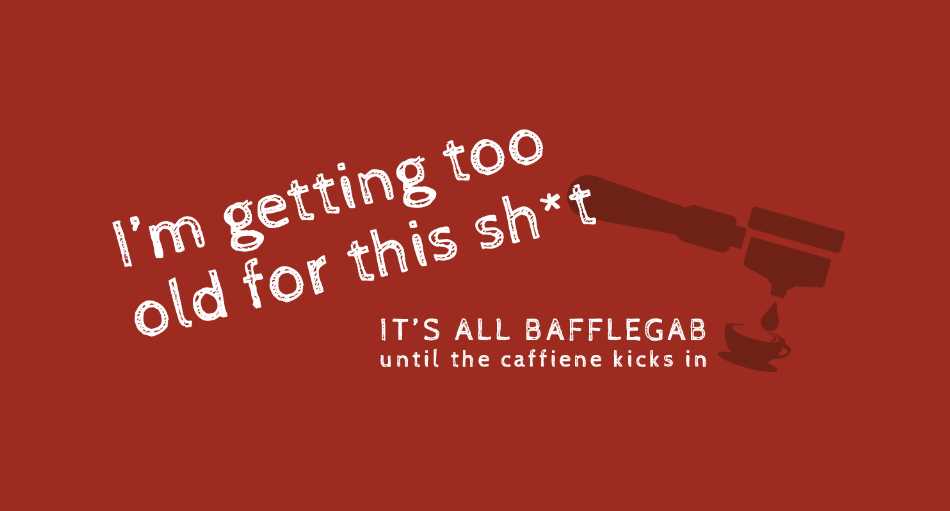 I’m getting too old for this shit

I changed the name of the column to “I’m getting too old for this shit“.  I switched the name on the Facebook page back in August to test if it worked. It’s a keeper.  It fits perfectly with my mind set lately.

So, why the name change? Well, the memoir’s section has undergone a number of transformations over 20 years of blogging. I started out with my first site way back in the 1990s and I can’t remember what it was called. Somewhere in the late ’90s it changed to Catpaw’s diary, then Diary of a Mad Cat. That stuck for quite awhile.  In the last 2 years, I felt the name didn’t work anymore and needed a new face so I switched to Memoirs of an Analogue Person. It was a good temporary name because it reflected the passage of time. I’m certainly not the same person I was when I was in my 30s. When I stumbled on I’m getting too old for this shit, I had a Eureka! moment.  That’s it! I’m a year off of 60 and boy am I getting too old for a lot of shit.

I’ve begun recording new vlog entries. Some of the new topics will be Reddit content, for no better reason than some of it cracks me up. I have one video discussing the poor shaming I see on Reddit though. There’s a huge number of people who have zero empathy for working poor struggling to find adequate childcare. I’ll save this for the video. I’m playing a big game of catch-up in editing and re-recording content so that’ll come in time.

Don’t forget to check out new content posted on the site. I enjoyed writing the last article on airmails, Canada’s Last Airmail Stamp, so much I’ve begun writing a small series on airmails. It really is my favourite area to collect. I’ve also found a treasure trove of great content for Typography & Design, as well as the Tech section.  So many ideas, so little organisational skills.