The unmitigated terror of lawn darts – why they were banned

Are you old enough to remember being terrified of being skewered by lawn darts? You know, those metal pointed, weighted darts that look like miniature javelins with fins? In any other dimension, they’d be treated as a weapon, not a game for children. I’m periodically stuck on the subway with nothing to do but let my brain wander through a tangled landscape of ideas and half written articles and during an epic delay underground recently, I began thinking about lawn darts and wondered why I no longer saw them. 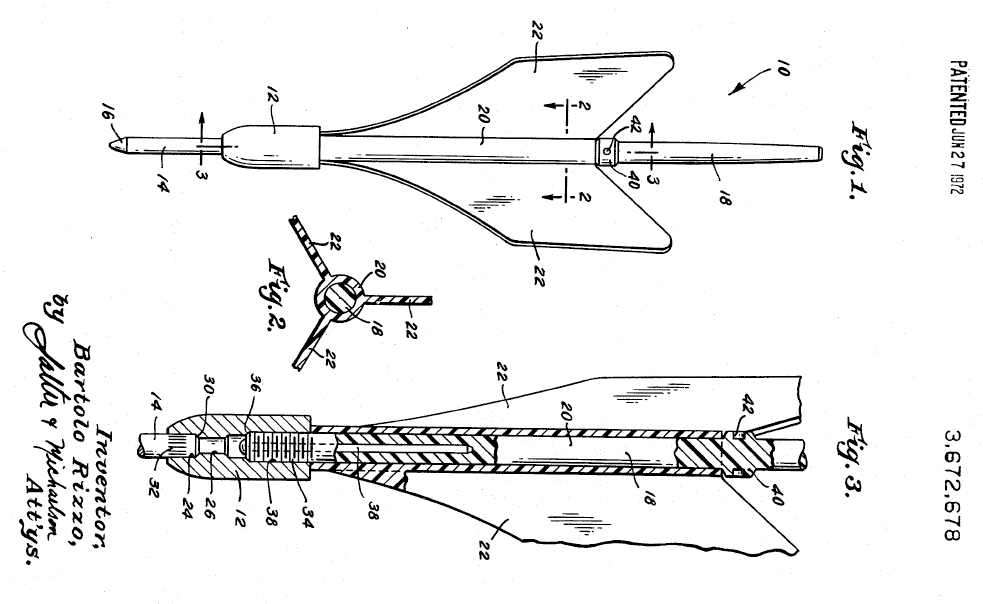 Drawing from the 1970s patent for lawn darts

We had a neighbour, years ago, who owned a set, decades ago, and I hated them… the darts, not the neighbours. Their kids where a bit cavalier about launching them into the air and woe to anyone who got in their way. The metal tipped missiles created havoc when they went astray.  I looked for the original lawn dart patent from sometime in the 1950s but had no luck. I managed to dig up an old Hasbro patent application from 1970 that reworked the design a bit. 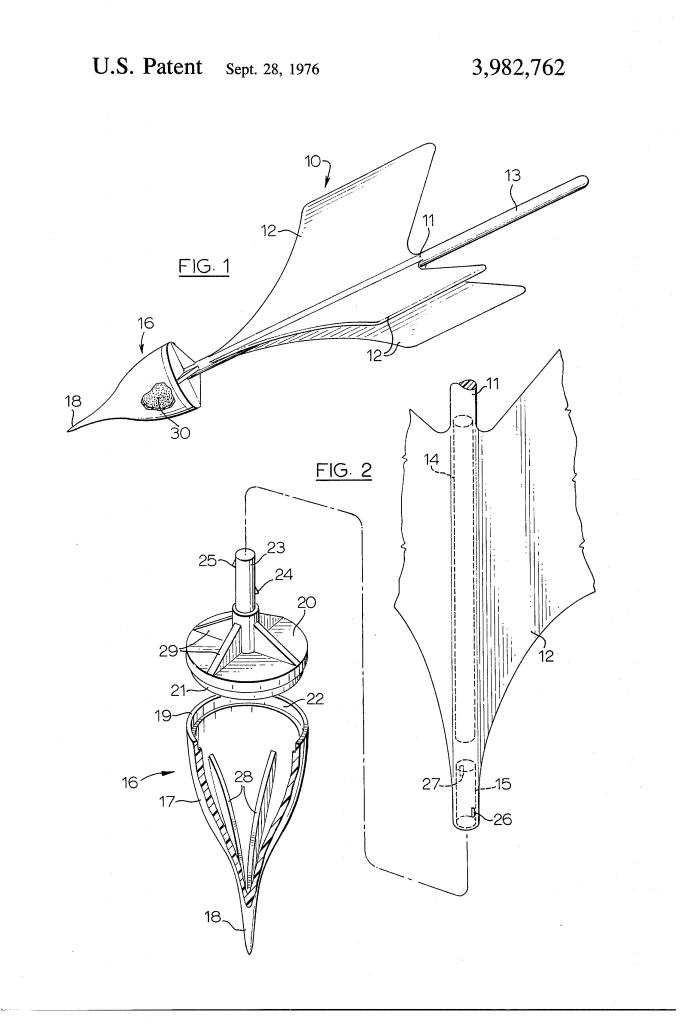 I couldn’t find the original patent but did find one from 19762. It looks equally deadly:

In hindsight, it should never have been a game marketed to kids. Then again, my neighbours shouldn’t have left the darts unattended, but that was the 60s – survival of the fleetest of foot.  The concept of lawn darts is a fun one … the delivery, not so much if you get nailed by one, which prompted me to see if anyone has produced a solution to their deadliness. The trick, I suspect, is the darts must have several features to be effective, including sufficient weight and a pointy end that sticks into the ground, which is what makes them such efficient weapons. Without a tip, proper weight distribution and fin length, you end up having a sad game of “toss the metal tube about and hope it eventually sticks into the ground”.

“The combined factors of weight, the narrow-elongated shaft, the speed that the dart is traveling at the time of impact, and the thickness of the child’s skull at the point of impact present the risk.” Consumer Product Safety Commission3

In the US the darts were eventually banned, unbanned, and then banned again [see articles below for the full, tragic story].  It’s a bit complicated. Currently, there is a brisk trade in used sets. Just scan Kijiji or Craig’s list in the summer and you’ll see people begging to find a set to buy. I spotted one person offering over $200 for a set.  I was a bit surprised by this, especially given their ability to maim. Nostalgia overrides safety sometimes. 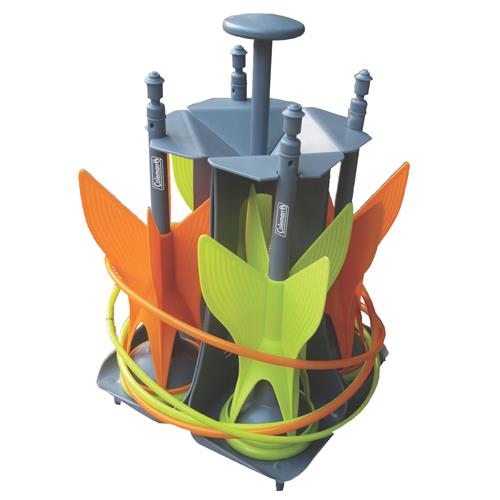 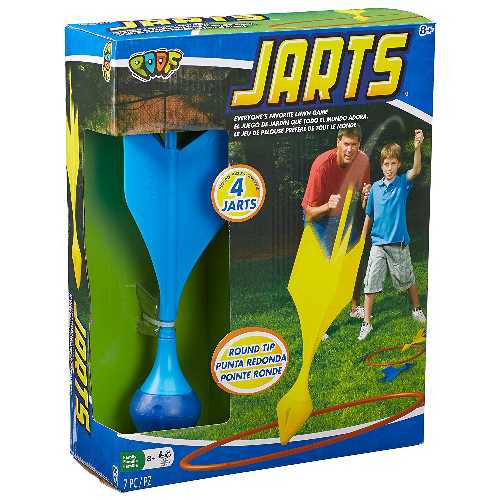 The biggest issue is the newer lawn darts bounce about too much making it hard to score. Most complaints appear to come from people who played the original lawn dart games and lament the lack of accuracy and control the old javelin styled darts had. Issues seem to revolve around whether the ground is too hard and dry, or the grass is too long. Either cause serious bounceage (not a word, I know). I suppose you could hose down the backyard before playing but that brings a new set of problems to the game. Without the traditional javelin point, bounce will continue to be an issue. But seriously, it’s a backyard game not the Olympics.

I have an idea that might work. Get a large cloth made of Velcro, cut it into squares with numbers and scatter them around the yard. They need to be largish swaths of material or the game won’t work.  Then Velcro tip flat bottomed darts. The darts should come in varying weights for different types of throwers, like real darts. Space out the cloths and then when you throw, the darts stick. Miss the cloth? Oh, it’s like falling off the dart board, no score.  I like Velcro – it can solve so many of life’s little problems.