I’m trying to cure my bad case of “point ‘n shootist”. It’s a pretty sever infection. I have a habit of taking dozens of shots, hoping to get a good one.  On Thurs, I went out with the specific aim of waiting for the right shot. That meant thinking about what I was looking at through the camera, framing, and patiently evaluating the shot. I popped over to Adelaide, just west of Yonge to a spot I love. Over the years, I’ve taken dozens of photos of a specific section of Adelaide – around Terroni’s restaurant. There’s an old iron railing that I love, and the building itself is a great old structure. I’ve never been overly pleased with any photo, they all look random or the balance is all off.

My mission was to capture a mood, not just the building. Late afternoon seemed the best time, lots of great long shadows to work with. I parked just down from the restaurant on the south side and carefully decided I wanted the bikes in the photo along with some of the building, but the real gem would be the shadows along the sidewalk and railings. I waited and waited for people to clear away, then more came. And then everyone was gone. I lifted my camera and one woman in black came strolling into shot. That’s it, that’s what was missing. The image was about as perfect as I could hope for and took the picture.

Wow, I was pleased when I opened it up. The colours weren’t bad and it needed some careful cropping to cut out the bits that distracted the eye from the important features. Somehow, I went from focusing soley on the railings to the woman in black and it made the railings seem to pop. Not sure if that makes sense, but that one figure seemed to have pulled the entire image together.

I fired up Photoshop and adjusted a number of elements to really emphasis the shadows and deepen the colours. I tend to over saturate, but this time I think I got it just right by accentuating the shadows. By adding a moving figure to the photo, there’s a flow that drives your eyes to the railings. You have to admit, they are the most spectacular set of stair rails around. 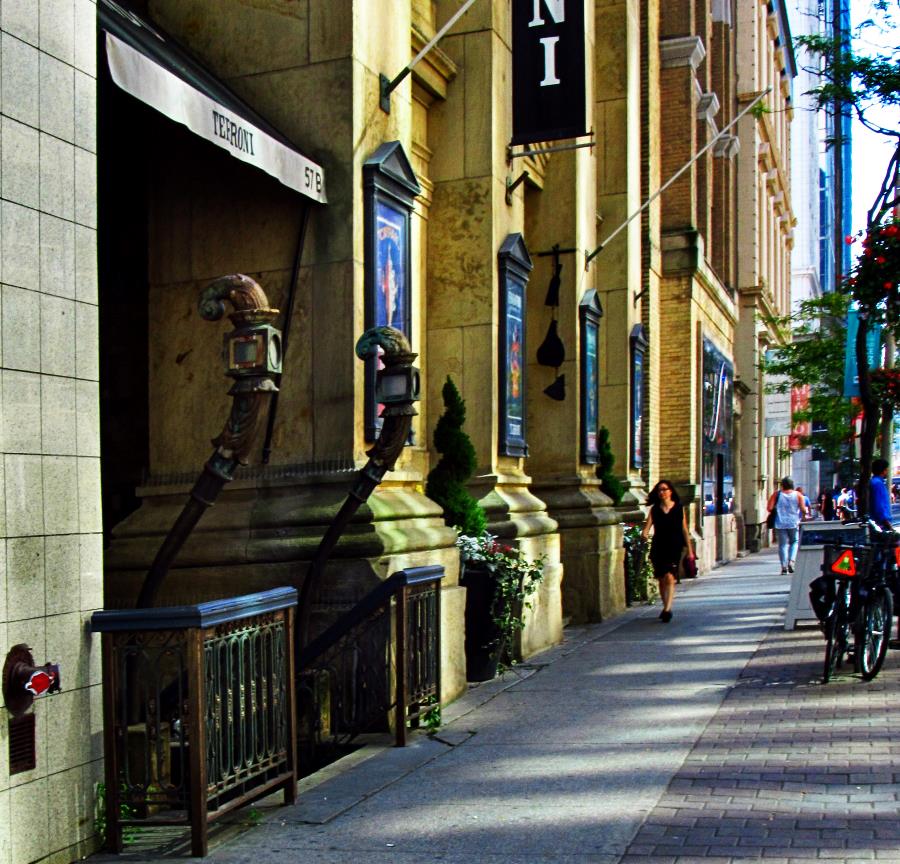 Happy with this, but I can already see where it can be improved. Not sure why, but the buildings along the end of the street look like they are tipping forward. I’ll need to investigate that, but not sure it should be corrected. Adds something. With the new camera I’ll experiment with lenses to see which one suits this type of photography. I’ve already spotted a number of used lenses, including a great 44mm. As well, I tried to stop the light section from being fully blown out, but my camera just can’t compensate. A bit of blue sky would have completed the picture. I’ll do more reading on how to compensate for that. In the meantime, patience is in order. The Canon Powershot is good to play with, but it is hell on batteries. 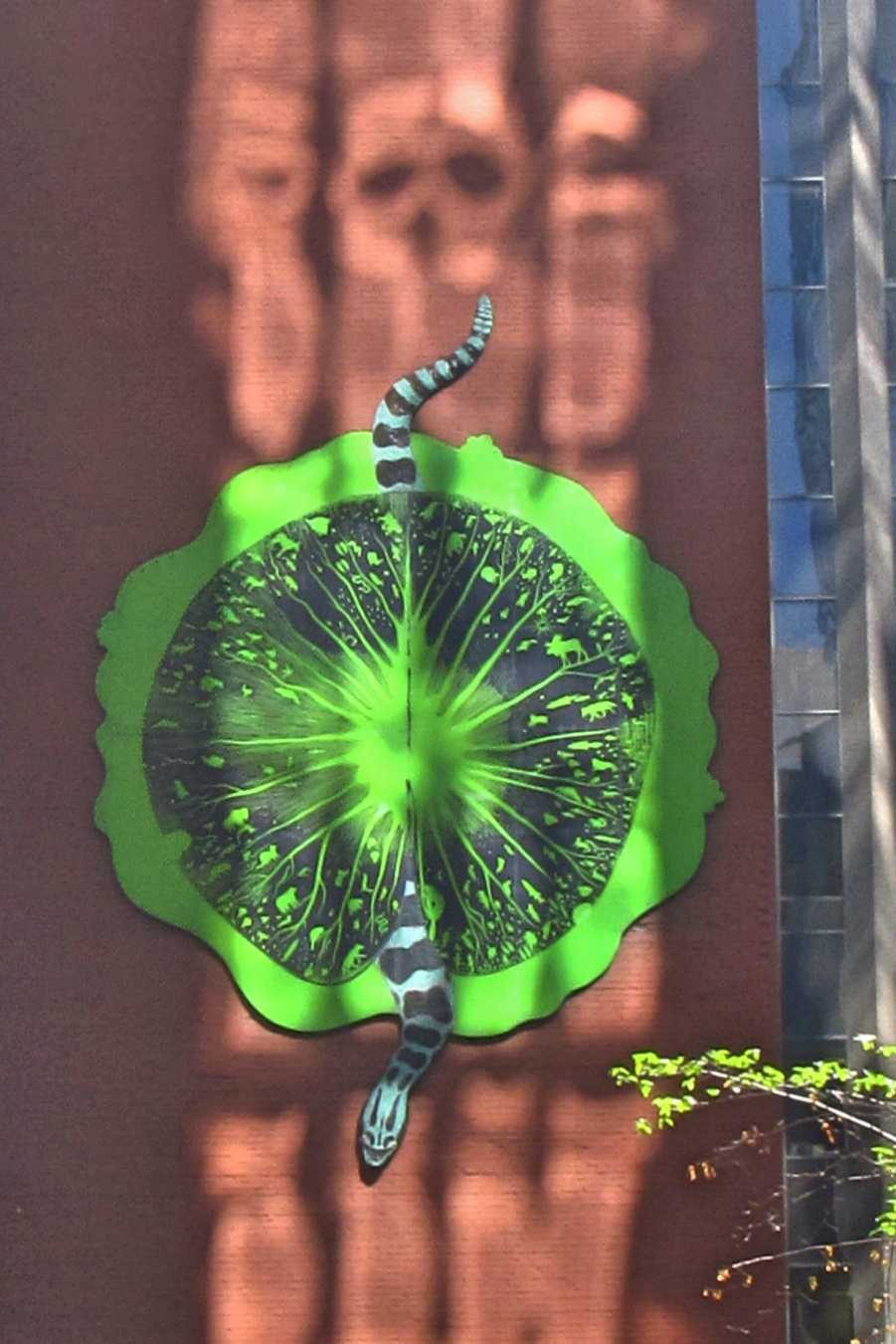