Well, guess what? The wonky touchscreen issue I wrote about last Thurs had nothing to do with the updates. (read the article here). It was indeed a coincidence and my beloved little Acer M330 was malfunctioning. Oh Acer, I hardly knew you! sigh.

I tried a full reset to factory specs and the problem became progressively worse at a rapid pace. I contacted Acer via their support chat (after being disconnected twice by the same support person, which left me very pissed off by the way Acer). But the second person I dealt with went over a few steps and quickly said it was a hardware issue. The screen alignment is completely fucked (my words, not hers). So, I packaged it up and shipped it off to them Friday afternoon. Bugger. I have been without a functioning phone since Thurs.  Still no word on it’s status.  I hadn’t realised how many customers used text messaging until I didn’t have it. Not to mention the ease of having my calendar and customer emails and addresses so handy. What a bother. The phone was less than 2 months old. I realise shit happens and it’s under warranty, but well crap.

So, my phone is in the hands of Acer. Hopefully they will be fast and simply replace the phone. 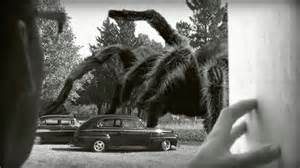 Attack of the ATOMIC SPIDERS at midnight
Ok, I’m admitting to a severe spider phobia.  Snakes, preying…
← Win App review – a little something to block out the gawd awful noise
We use cookies to ensure that we give you the best experience on our website. If you continue to use this site we will assume that you are happy with it.OkNoRead more