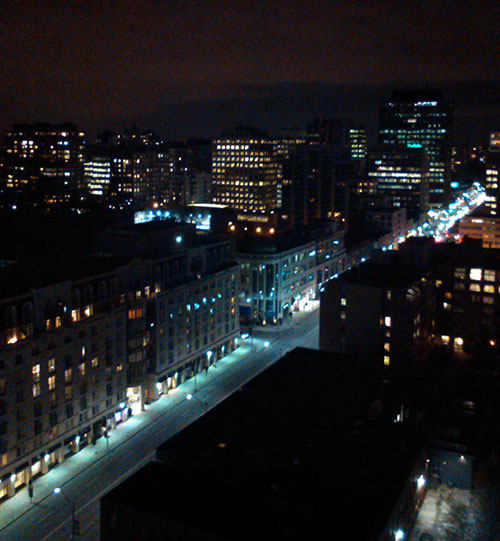 Dug out my old Nikon Coolpix the other day and had some fun on the balcony. The little point and shoot camera does an admirable job with night shots. I pulled on my jacket and shivered in the cold taking numerous shots and then ran them through a couple of filters.  The photos themselves are good, but for some reason the camera always gives the dark sky an ethereal glow.

Here’s the view from my balcony around 8pm. It’s pretty much impossible to avoid light noise when you are in the heart of such a large city. When you put the camera on the “night” setting, you get a greater sense of how serious the it is. 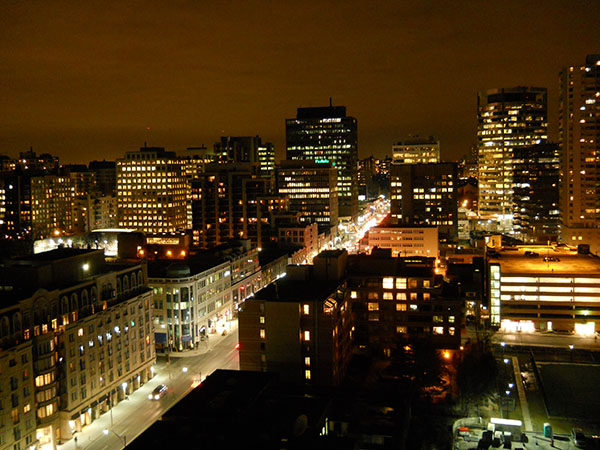 With the night setting, everything is crisper, brighter and oddly neon. I rather like the effect, especially the glow.  As much as I enjoy the photo effect, it isn’t particularily realistic.  I don’t use it a lot for that reason.

I ran it through a few filters in Photoshop to see what I could come up with.  Using both Film Grain (with intensity set as high as possible, highlight @ 2) and Dry Brush (detail @6) you get this: 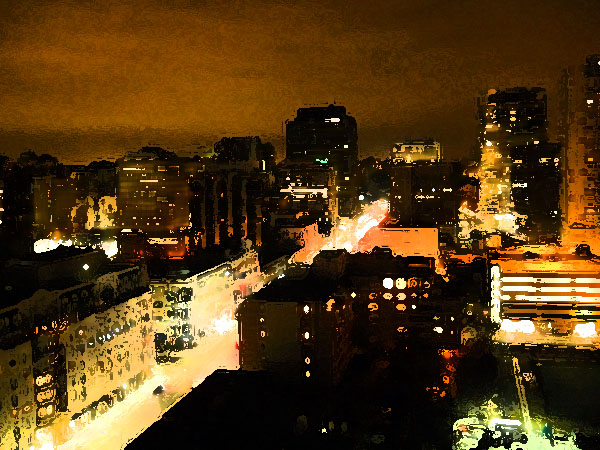 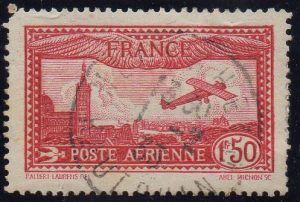 Early French airmail
FRENCH AIRMAIL STAMPS - FIRST ISSUES I don't own any…
← Film grain effect – Adobe Photoshop
We use cookies to ensure that we give you the best experience on our website. If you continue to use this site we will assume that you are happy with it.OkNoRead more