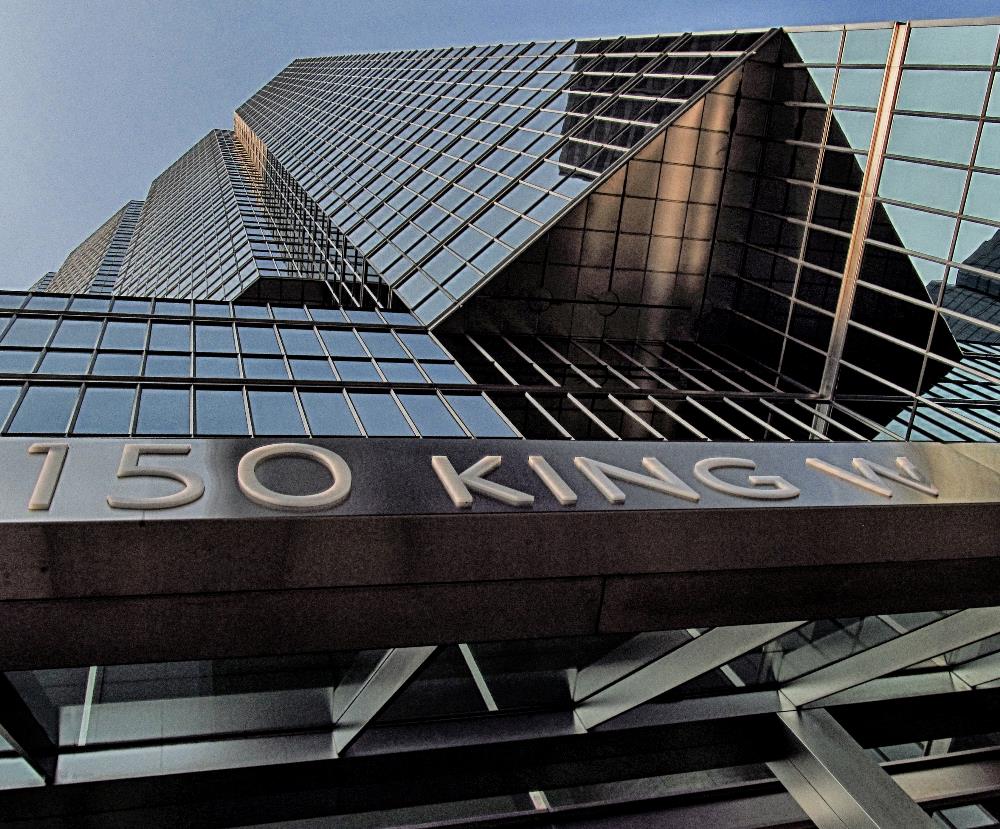 I’ve been watching videos by professional photographers, trying to learn how to correct what I consider bad photography habits. One piece of advice, that should be obvious but wasn’t, was “move around”. Basically, don’t just stand in one spot snapping away hoping to get a great shot. Look at all angles, move around and evaluate what you see. The second piece was don’t be afraid to correct lens distortion with Lightroom or Photoshop. So, I went out on the weekend with a mission to revisit a number of locales.

My favourite is the tower down on 150 King St W. I go by it quite a bit and have tried to take photos but, yikes, they aren’t worth looking at. I generally toss them in the trash bin. I now realise I was taking the same shot over and over. This time, I crossed the road (like I said, obvious tip) and walked around the building, looking at various angles. I took about a dozen random shots and sat down to look at them. I flipped through them – nope, nope, nope, distorted and unsalvagable, nope … now that one has potential. I went back to the spot and started taking photos from various angles, finally finding the right framing. Here it is:

I almost fell on my ass bending back to take the photo. It’s dizzying looking up like that. But, I got the shot. It was important to grab the address as well. It makes the photo.

A little cropping and a bit of adjusting and Bob’s your uncle. One nice photo. I played with the tilt of the building and angles a bit, but undid them. There’s something about this particular tilting that helps fill in the sense of height and brings out the different angles in the buidling’s construction.

For a little point and shoot, my venerable Canon Powershot does a pretty fair job. The shot was a little grainy in spots for some reason, it has a habit of breaking down along defined edges, so I simply capitalised on it and used an HDR filter to emphasis the graininess. Can’t wait to get my hands on a shiny new DSLR, I’m already oggling some decent used lenses for the future. But, first, I need to get in the habit of framing the photo, looking at it from all angles and moving around more. 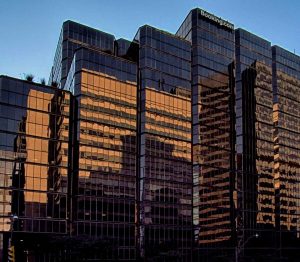