I’ve signed onto WT.Social  to see if it’s a viable alternative to Facebook. Like many, I’m experiencing a growing distaste for Facebook’s uninhibited support of hate groups and trolls. It’s not a matter of it being out of control – there doesn’t seem to be any attempts to stem the tide. Reports of blatant racist or violent rhetoric are often met with the standard Facebook response that the group/person didn’t violate community standards. Even calls to hang the Prime Minister of Canada are met with indifference from the powers at FB. They don’t see it as a violation of their own community rules that clearly state “Expression that threatens people has the potential to intimidate, exclude or silence others and isn’t allowed on Facebook.” The site is rife with examples.  Facebook is creaking under it’s own weight of inaction and implicit support for openly violent groups.

That has led to many to look around for alternatives. Jimmy Wales, of Wiki fame, has tapped into that need with a new initiative WT.Social. I signed up the other day to see what it’s all about. Although it’s a bit frustrating at times, I’m going to stick with it because I like their philosophy of going beyond click bait titles and encouraging people to look at the issues.

Let’s deep dive into the pros and cons of WT:Social

Pro:
It’s growing quickly. I’m already seeing an increase in articles and quality content.
Many articles are lengthy pieces designed to encourage discussion rather than troll comments.
Lots of new groups to explore.
Easy to create a group.Easy to find groups to join.
Isn’t dependent on farming user data.
Directly addresses the elephant in the room:

The social giants have a lot of problems we think a people-driven platform can solve. Fake news and clickbait are both endemic issues that can’t be fixed with a myopic focus on ‘algorithms’ and ‘engagement’.
But the issues go deeper than that. Nazis, bigots, harassers, trolls – no mechanism currently exists to effectively combat that. With how large an ecosystem internet is, no mechanism can perfectly combat it.
https://mailchi.mp/52fcb7002745/wtsocial-join-the-admin-core-today-254537

Cons:
There is a learning curve. The site will evolve with time, and hopefully people will allow the changes to happen as they are needed. I often find people become wedded to a design or layout and get heated when changes happen. Change is part of the internet and will be important to WT:Social’s survival.
No mechanism to report trolls or fake news so far. I’m sure this will change, but I already came across a group promoting pedogate with the same tired pro Trump lies.
Friend requests don’t always work. I’ve had to accept the same person 4 times before it worked.
The site has grown so rapidly, it can slow down and stall out.

So what’s my take on WT:Social? Patience is needed because it’s a work in progress. What’s exciting is being on the ground floor of a new platform that invites us to help it evolve. Here’s hoping it succeeds beyond our wildest dreams.

If you’d like to join me over at WT.Social, head to Bitter Grounds or if you are interested in stamps Philately – looking at stamps from around the world. The first philately group on WT.Social!   I encourage you to participate in both groups
You are welcome to leave comments or post an article you think might be of interest to myself and my readers.  Hope to see you there. 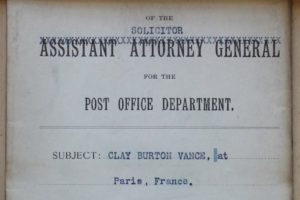 Looking at an early mail scam
I stumbled across an interesting early mail scam while reading…
← Tech Gifts for Women – not the usual pinkification
We use cookies to ensure that we give you the best experience on our website. If you continue to use this site we will assume that you are happy with it.Ok