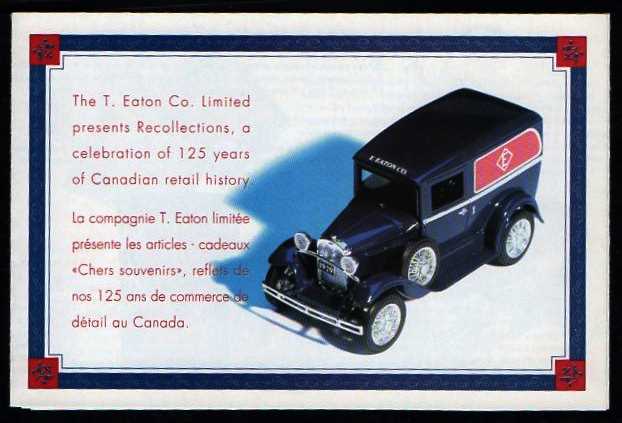 We read, almost daily, about plans to deliver everything from pizzas to parcels via drones. Forecasters see the skies filled with drones dropping off orders. I find it all a bit amusing. Back in the heyday of the big super malls, people crowed home delivery is dead, there’s no need for it. Just hop down the road to the nearest mall and everything will be there – one stop shopping. Mail order catalogues, a staple in every house, struggled to find a niche, with many folding by the end of the 1970s. Funny how things didn’t work out the way people envisioned. It’s also surprising how many malls are now abandoned and rotting away and there’s been a resurgence of catalogue driven purchases. Companies like Etsy, Amazon and Ebay ushered in a second life for catalogue shopping and the internet changed how we look at catalogues and the convenience of shopping. Until there are enough drones to fill the gap, old fashioned mail delivery will remain alive and well, despite the futurists predicting its demise. 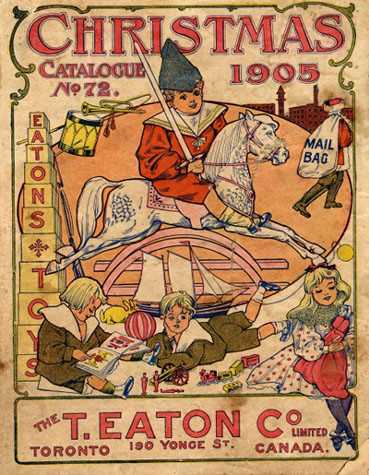 Automation may have sped up delivery over the years, but the basics are remain the same – fill out the order, send in your payment and wait anxiously for it to be delivered by the local post office. Here in Canada, one of the big department stores was Eaton’s and their mail order section was kept hopping. Opening in 1869, Eaton’s issued their first catalogue in 1884. It was 34 pages and offered basics to a largely rural market:

“This catalogue is destined to go wherever the maple leaf grows, throughout the vast Dominion. We have the facilities for filling mail orders satisfactorily, no matter how far the letter has to come and the goods have to go.”
Timothy Eaton – Eaton’s Fall/Winter Catalogue, 1884 (Museum of Civilization, Canada)

Within 15 years, Eaton’s was sending 135,000 parcels by mail and nearly 74,000 parcels via express mail. To give a bit of perspective, consider Canada’s population at the time was slightly over 5 million people. That was just one company’s deliveries. Combine that with Sears, Simpsons and a host of other companies and you get a clearer picture of the staggering number of parcels being shipped by mail across the country.

By 1913, customers had over 600 pages of shopping glory – everything from patent medicines, to horse feed & plows, tents, music & the latest fashions by mail:

Here’s an interesting photo I found in the Toronto Archives. Eaton’s department store in Toronto, a long line of mail order horse carts and two truck, waiting outside the back entrance on Albert Street, ready to ship out the orders February 19, 1913: 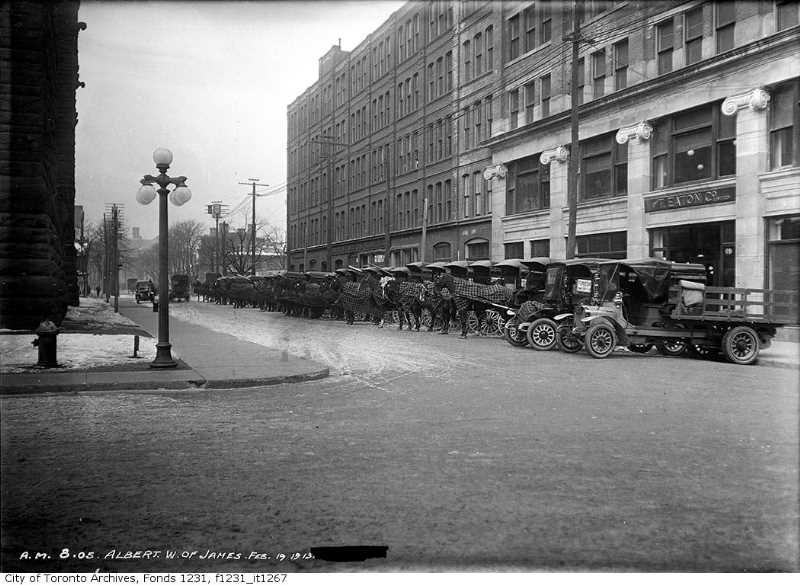 By the 1970s, demand for mail order dwindled sharply and Eaton’s ceased mail order in 1976. In March 1994, Canada Post issued a stamp booklet celebrating Eaton’s 125th anniversary. It included a nice little insert that described a bit about the history of the company. The booklet and stamp was heavy with nostalgia for the company’s glory days. In reality, the store was tired, dowdy and dieing. 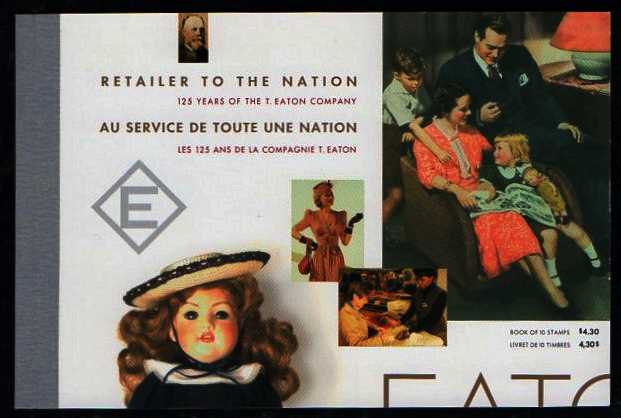 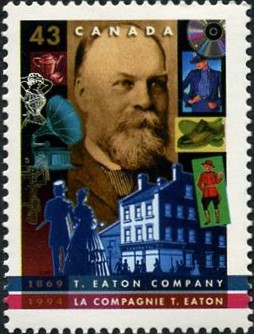 The stamp was colourful, with Timothy Eaton (the founder) front and centre. Stamps were sold, as usual, at any post office branch or directly from Eaton’s itself. Those sold at Eaton’s included a card with an old delivery truck illustration, not available in the regular issues. I remember wandering down to Eaton’s one afternoon to buy the special edition. I used to have the receipt kicking around, but after numerous apartment moves, it’s done a vanishing act.

Eaton’s, founded in 1869, was driven to bankruptcy, a few short years after the stamp was issued, through corporate indifference and changing demographics. Eaton’s didn’t live to see a second century turn.

Previous post
Finally, an Edge browser extension worth a look – flick that mouse
Although the offerings for Edge browser extensions are sparse at…
← Canada’s 1969 sad little stamp commemorating first nonstop transAtlantic flight
We use cookies to ensure that we give you the best experience on our website. If you continue to use this site we will assume that you are happy with it.OkNoRead more