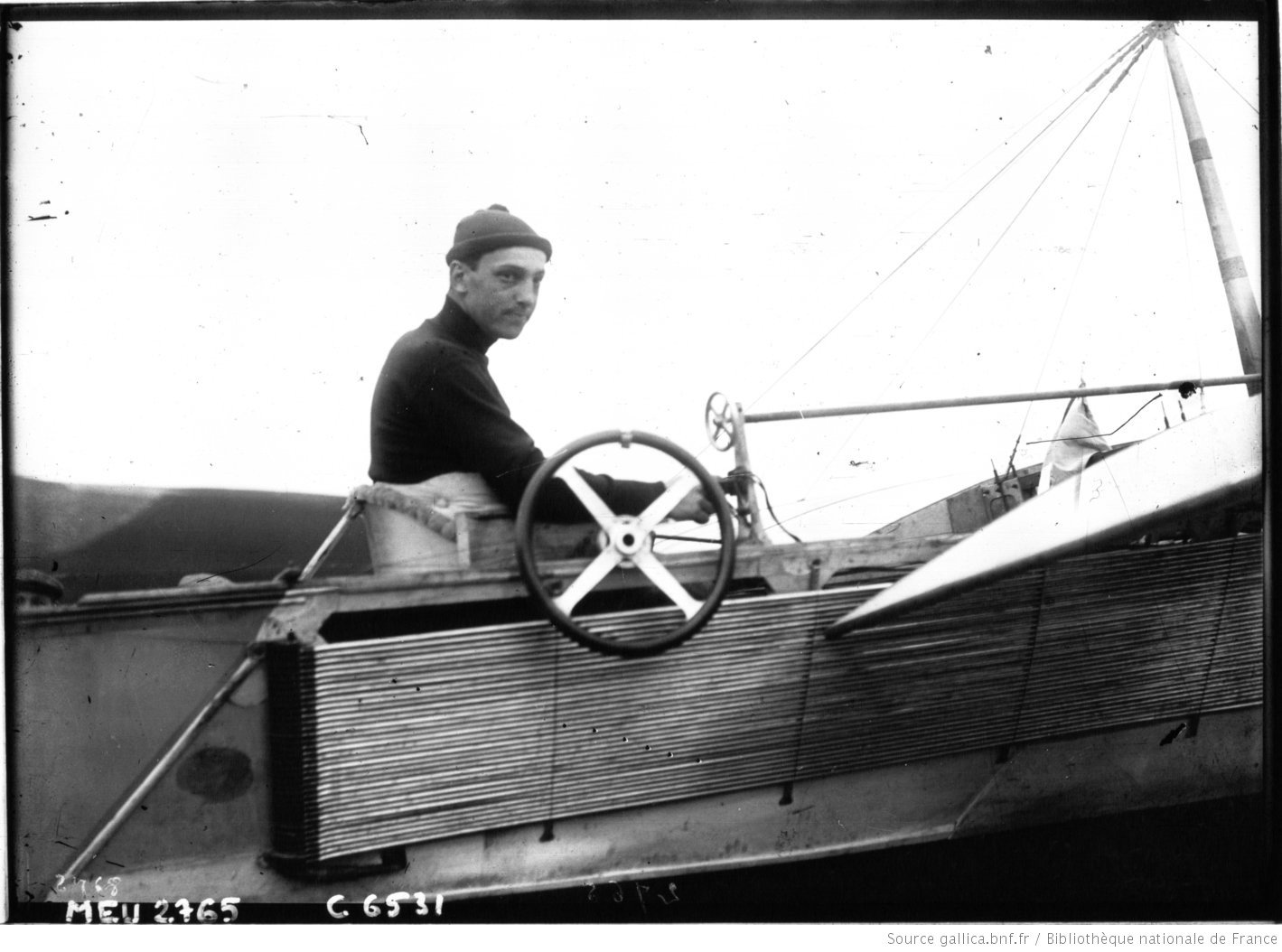 Diving into pioneer aviation with the amazing Antoinette Flyer

Here’s a little something from my pioneer aviation collection. I was looking for … well, I can’t remember because I became sidetracked.

About 7 years ago, I spotted a set of 1910 Wills Aviation cards on eBay. It’s one of those silly items I coveted for years so I threw in a modest bid and it turned out to be one of those days aviation and tobacco card collectors were asleep and I got the full set of 50. 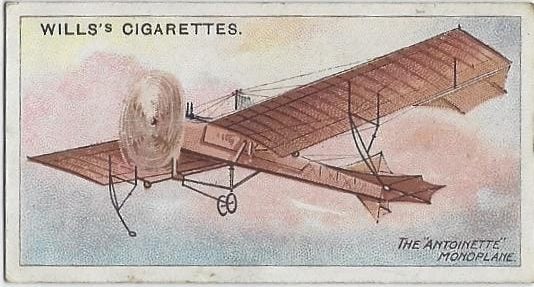 The cards are pretty cool and considering they are over 100 years old, in very good shape. They cover flight from early balloons to the most modern (as of 1910) aeroplanes, including my favourite –  the Antoinette Flyer, designed and built by Léon Levavasseur.

The Silver Dart comes close to the number 1 spot in my heart, but it’s always edged out by the Antoinette. I think primarily because the Antoinette’s design is so unusual.  It looked like a canoe with wings and a pilot precariously plopped in the middle.  I guess it shouldn’t be surprising, engineer and pioneer aviation designer, Léon Levavasseur started out designing boats and boat engines.  The Flyer may have looked fragile, but it was an outstanding aeroplane that helped Hubert (sometimes erroneously listed as Herbert) Latham set a number of height and speed records in the early days of aviation, as well as perform in most of the major aviation events of the day.

Latham was the first aviator to attempt the Daily Mail’s Channel Crossing challenge. At stake was a £1000 prize for the first flight across the 38 km (21 miles) distance from Calais to Dover. His attempt, July 19, 1909, ended 13 km off the Calais coast line with Latham ditching in the water. He was uninjured, but the Antoinette was badly damaged.

Latham was seen as a good bet to win the prize. His two main rivals were Louis Blériot and his Blériot XI, who went on to win and Charles de Lambert flying a Wright Flyer. A second Antoinette was prepared by the 21st, but bad weather kept him grounded. Louis Blériot and his team arrived, after Latham’s crash, and prepared for crossing. Not far away, de Lambert setup his camp, but crashed or damaged both Flyers during practice flights. That left just Latham and Blériot.

On July 25, 1909, while Latham was still asleep, Blériot saw an opportunity. The weather turned favourable at dawn and he launched off the cliff in Calais and into history. Latham’s chance was gone. 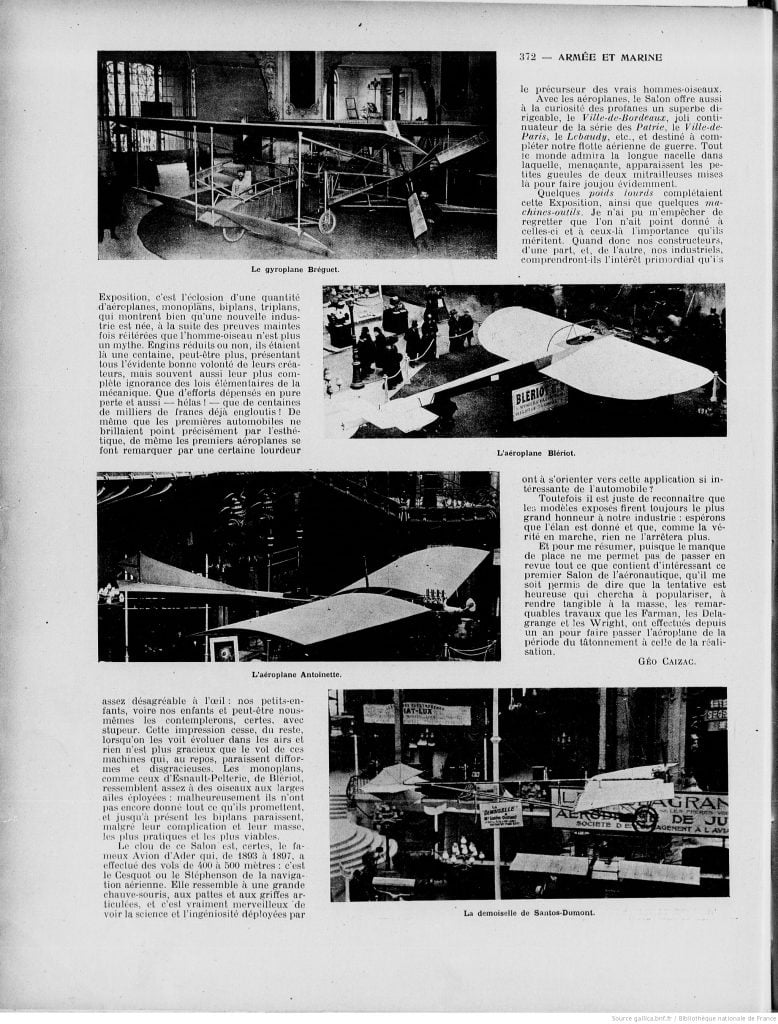 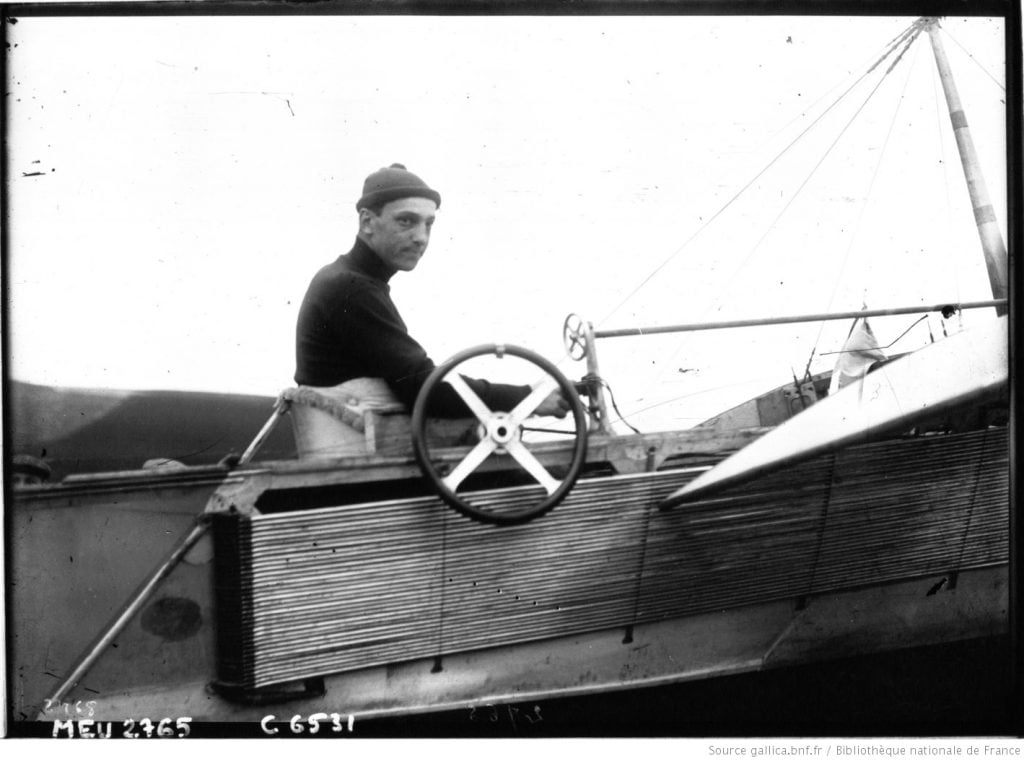 Despite the disappointing outcome of the Channel race, Latham went on to set air speed and distance records with the Antoinette flyer. 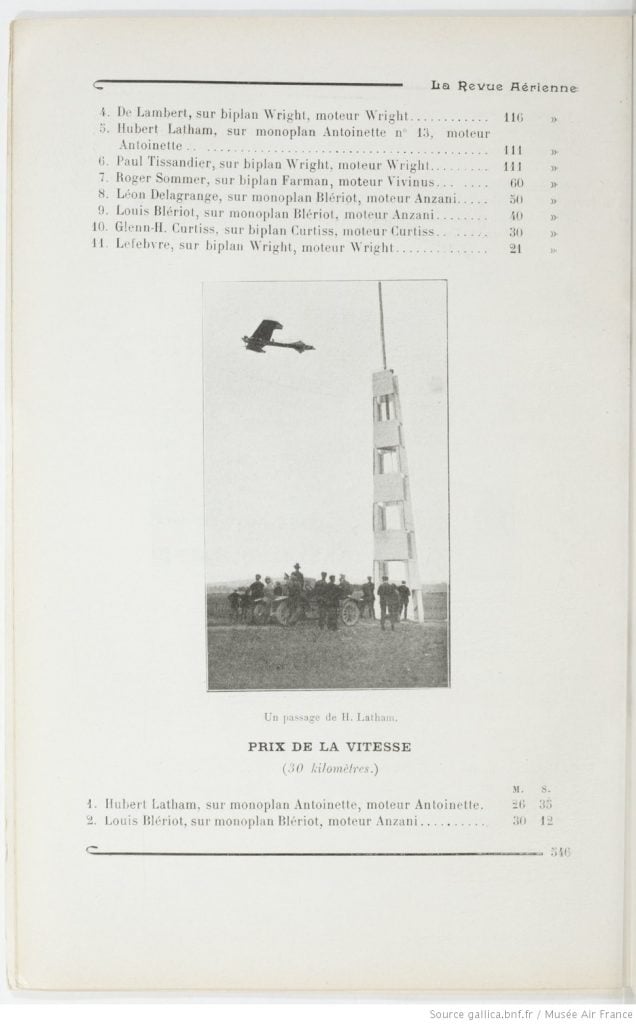 I’ve looked around for postage stamps showing Latham, Levavasseur or the Antoinette and haven’t found a single one. Nor have I found Cinderellas commemorating them, although I’m pretty sure I’ll eventually stumble across at least a Cinderella. Air shows were very popular and many poster stamps were created to promote them, like I said, one is bound to pop up.

The stamp below is a a sample of one of the poster stamps produced for events like the Aug 1909 Reim’s airshow. They are works of art in themselves and hard to find around here. They aren’t expensive, as a rule, and can be a good start to a pioneer aviation collection.

In the meantime enjoy the video below. It’s film footage of Levasseur and Latham preparing for the flight across the English Channel. It starts off in Calais, where fliers gathered to prepare for their attempts. It’s rare to find footage of the Antoinette in flight, but as you watch it, you’ll understand what I mean by “canoe with wings”.

The video shows the infamous dunking Latham took into the English Channel in July 1909.  It was an improbable design, but flew fast and true. Would I fly in it? HELL YES! How about you?  Take the  poll below the video and let me know if you’d fly in an Antoinette.

Would you take a ride in an Antoinette Flyer

The power of colours in Graffiti Alley
I'm a  bit embarrassed. Since the eye opening lesson on…
← Aero Club of Canada stamp & more
We use cookies to ensure that we give you the best experience on our website. If you continue to use this site we will assume that you are happy with it.OkNoRead more