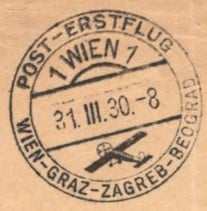 I rediscovered an early Austrian airmail gem while rooting through my collection, looking for something. It’s a great little cover, primarily because the cancels are pristine. Nothing says frustration like a messy, unreadable cancel.  A clear cancel offers up a treasure trove of information such as when the letter was sent, where it was sent from, and in the case of early airmails the actual routes taken. 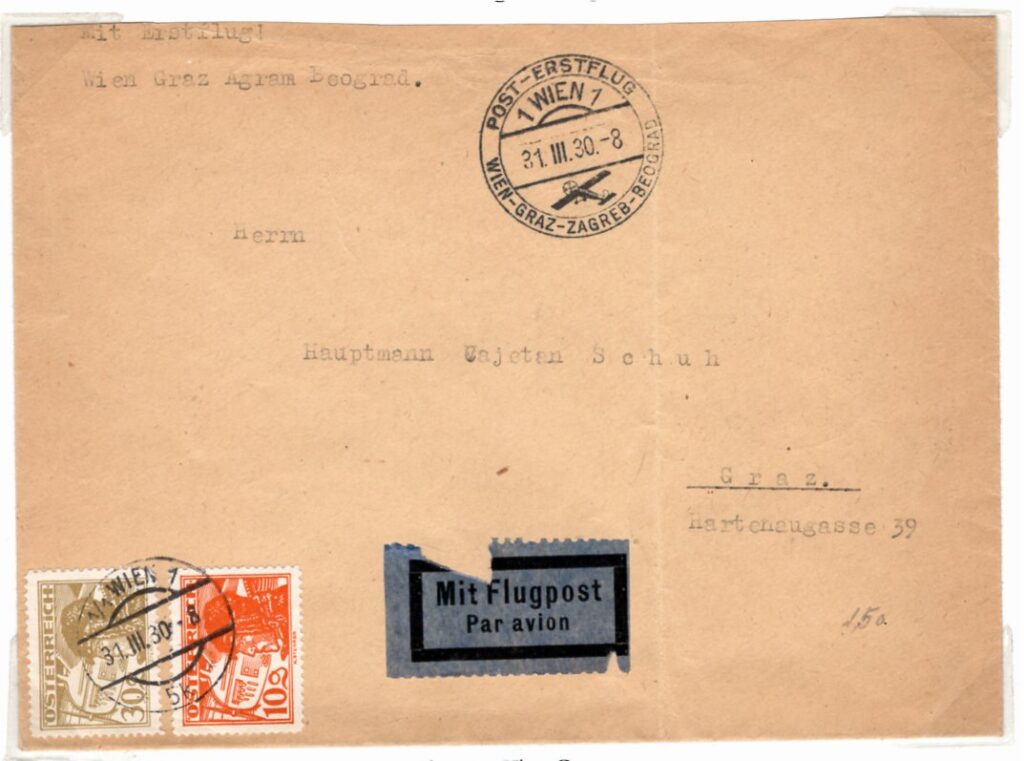 Considering this cover is 89 years old, it’s looking pretty good. The stamps are bright and crisp with a clean cancel tying them together. It’s one of those treats found in the bottom of a junk stamp box lot I purchased at an auction years ago. Someone didn’t appreciate its beauty.

Austria established it’s first regular airmail route during WW1 on March 31, 1918.  Starting at Aspern airfield in Vienna and ending in Kiev, pilots flew Hansa-Brandenburg C.I 2-seater recon biplanes at first.  It covered over 1,200 kilometres along a route that included Vienna to Krakow, Lviv, Proskurow, and Kiev at the end.  This route, by-the-way, predates the US airmail permanent route by 2 months.

The Vienna to Kiev route ran until Oct 15, 1918 and ceased with the end of the war. The Saint Germain peace treaty further disrupted airmail service when it demanded the dismantling of aircraft in Austria, killing off the establishment of permanent airmail routes for a couple of years. However, in its short lifespan, the airmail route delivered a substantial amount of civilian mail:

The first stamps were overprints of 1916 Coat of Arms stamps.

My venerable, and much loved 1944 edition of Sanabria describes them this way:

Issues of the Monarchy

Issued March 30, 1918, for air post service operated by military aviators between Vienna and Kieve (Ukraine), via Cracow and Lemberg. First Flight took  place on March 31, the service being discontinued on October 15. Printed by State Printing Office, Vienna. Original printings were on grayish-white paper (25 x 30 mm), a second printing on yellowish tinted paper (26 x 29 mm) was issued on June 24, 1918. Imperforate stamps were specially prepared for members of the Imperial Court, and not for public distribution. p. 53 Sanabria’s Air Post Catalogue, Worldwide, 1944

I don’t have any of the first Austrian airmails in my collection. But I do have a few later stamps and covers. The one at the top of the page is a bit of a favourite. It’s one of those finds you don’t expect in a box of common (and often battered) stamps. Pulling it out was a bit like opening up a Cracker Jack box and finding a genuine metal whistle rather than a plastic one that thwips instead of tweets.

While poking around the Austrian archives, I found an interesting photo dating to the 1918 flights. 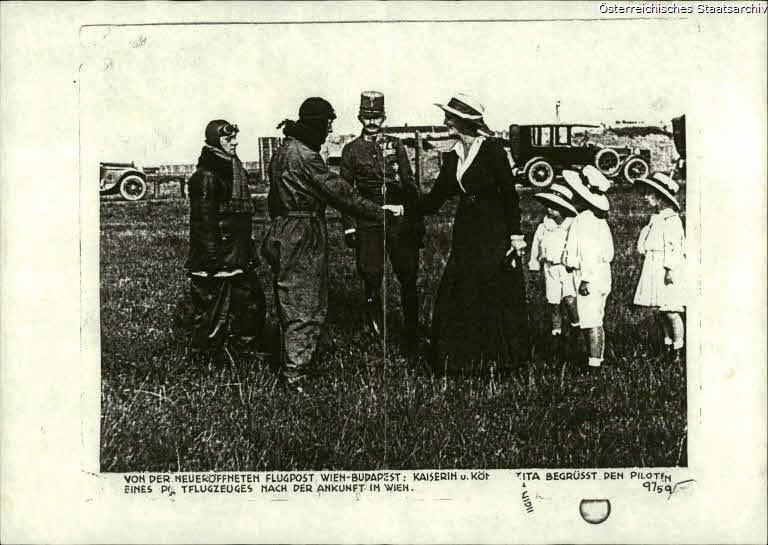 Title: From the newly opened Vienna-Budapest air mail. Empress and Queen Zita greets the pilot of a mail plane upon arrival in Vienna. Courtesy Austrian Archives.

There is no date on the photo, and the archive information was sparse. But it’s a fabulous peak into early airmail history.

The 1931 Vienna cancel is worth looking at closely.

One thing I’ve noted in early airmails, the cancels often seemed to be applied with great care. Even if the date was badly smudged, the modest little monoplane shows it’s later than 1918. 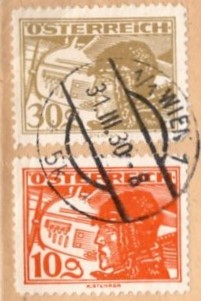 The two airmail stamps (C16 and C20) are clean, with a well-placed cancel. This cancel isn’t the same as the big bold Erstflug cancel at the top of the cover but does add nicely to the overall appeal.

Apologies for only referencing Scotts stamp numbers. I don’t have easy access to specialty catalogues like Michel. If you have Michel numbers handy, feel free to post them in comments or over on my Facebook page. 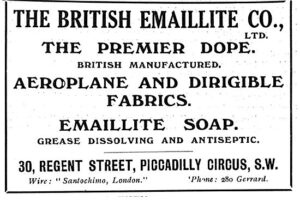 Doping & 1 scarce Royal Flying Corps manual
Today, we’re going to look at doping. No, no, not…
← What are your essential stamp collecting tools?
We use cookies to ensure that we give you the best experience on our website. If you continue to use this site we will assume that you are happy with it.OkNoRead more